Watch: Girl Reports Guy Who Harassed Her Online By Mailing Screenshots To His School

It has become extremely common for women to receive unwanted lewd comments and sexual remarks on the internet. For example, women shared screenshots of flirty texts sent to them by delivery and customer care agents. In another instance, Twitter slammed people who objectified a math teacher online under her video’s comment section. While many of us just ignore or block such accounts, one girl brilliantly went on to deal with it a little further.

A girl took to Instagram to share a 30-second reel video on her profile. She depicted how she complained against a guy who harassed her online by texting her lewd messages about her body. Check out the video below:

@siddharthshettar sorry dude I decided I wasn’t going to let you ruin my day. I’m going to own the fucking day. Be more mindful next time, or better yet be a better man next time ✨❤️ good luck

In the video, we see her searching through the guy’s tagged photos till she found a friend. She sent the lewd screenshots to the friend and messaged him to confirm if they’re friends. 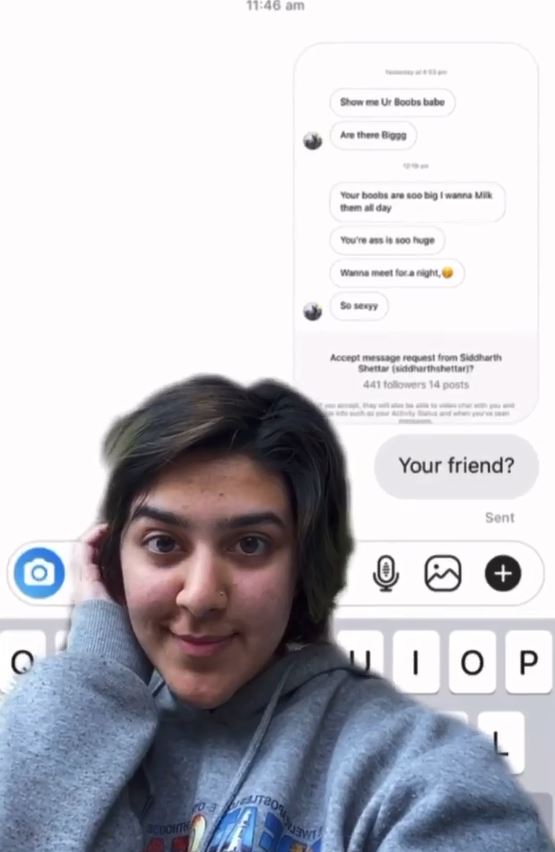 She further found another picture, which led her to the name of the harasser’s school. She then looked up the school’s contact details like e-mail ID and phone number on Google. She tried calling the school authorities and dropped them a mail explaining the situation and attaching the screenshots of his unwanted sexual remarks. She also mentioned in the mail that she will file a sexual harassment complaint against the boy soon. 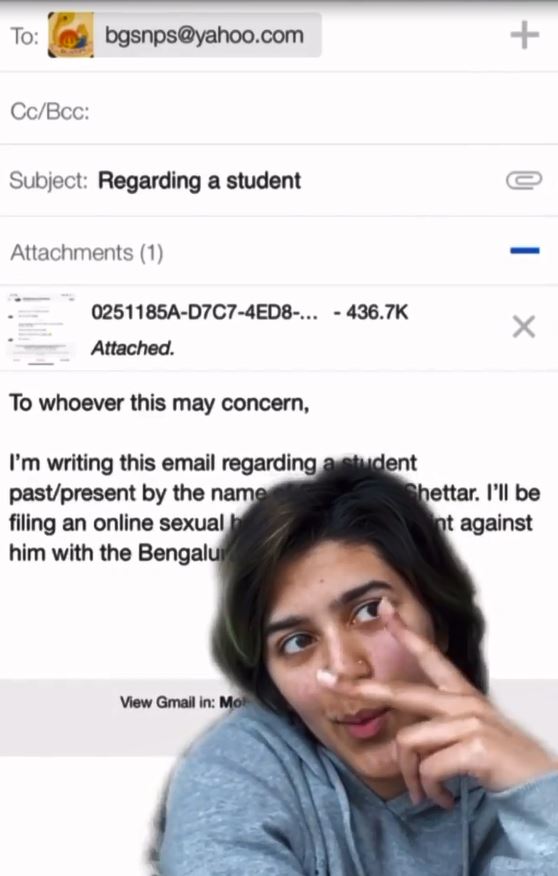 The boy’s account has now been deleted from Instagram. People lauded her for going the extra mile to complain to the school authorities.

Here are some of the reactions:- 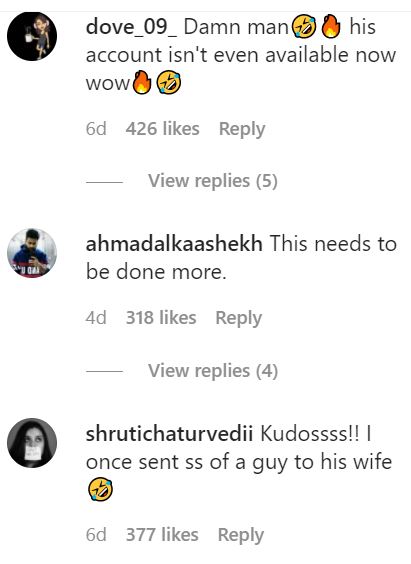 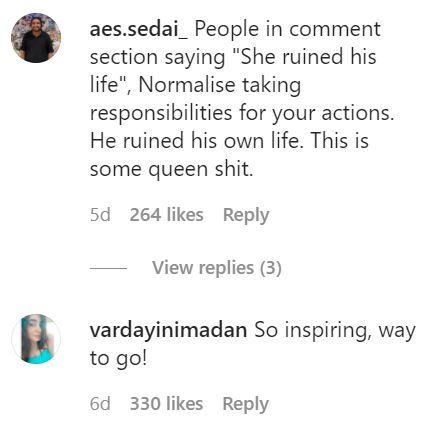 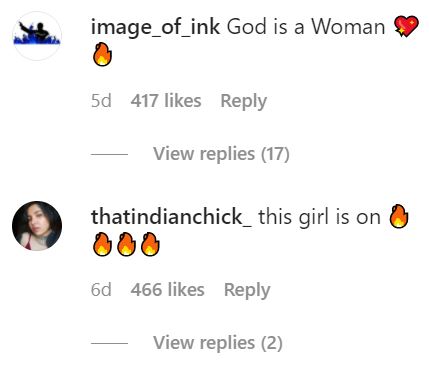 Or are sanskaar restricted to women only? Parents are scared to have daughters because society is scared about what someone’s son will do to her. Then your raise your fucking sons right. Take some accountability. Show responsibility. Be good parents

This would definitely serve as an inspiration for women to take action in whatever ways they can. Let’s hope more such online harassers are held accountable for their wrongdoings.