4-Year-Old Girl Falls Off Hospital Rooftop In Thailand, But Gets Saved Due To Her Dress

Most movies tend to stretch the boundaries of reality in order to elicit some kind of reaction from the audience. Like when you see Captain Jack Sparrow fall off a cliff, with only a bamboo stick to save him, you laugh. However, you know that it’s unrealistic.

But what if I say that something like that actually happened in real life to a girl from Thailand? Would you believe me? Well, then read on.

According to Daily Mail, a four-year-old girl was at the Paholpolpayuhasena Hospital in Kanchanaburi, central Thailand with her father for his checkup. However, she took a little detour and found herself in a precarious position. Her father said, 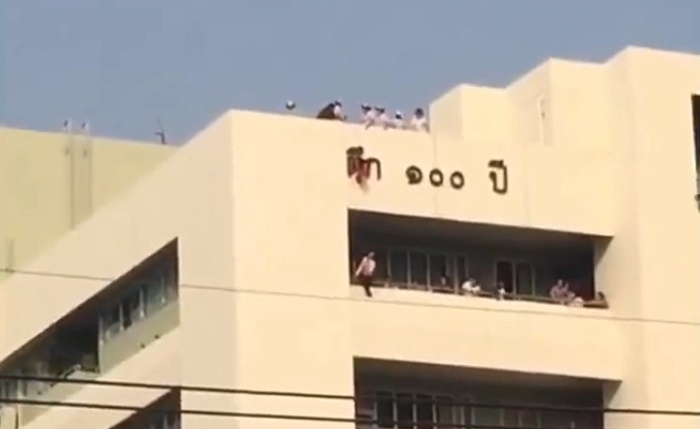 “My girl was running and trying to catch a lizard to the seventh floor. I let her because that’s what a child like to do. But I had no idea she would follow it up to the roof. I only realised she was missing when it was too late.”

Apparently, she had accessed the fire escape door to get to the roof of the seven-storey building. And upon reaching there, she began chasing a gecko, leading to her eventual tumble from the edge of the terrace.

Thankfully, her loose-fitting red dress got stuck on the first letter of the hospital’s name and prevented her from falling. That’s when the nurses noticed the girl, kicking and screaming, and rescued her. Somjed Laoluekead, the director of Paholpolpayuhasena Hospital said, 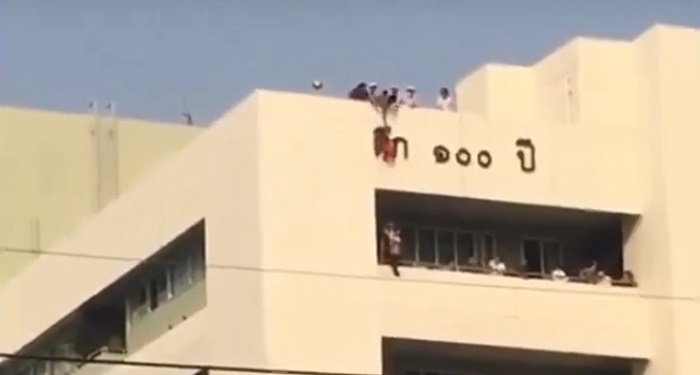 “We took the girl for a physical check-up and found no serious injuries. She only had bruises and scratches. She was safe and went home with her cousins the next morning.”

The rescue was a daring task. One of the brave nurses had to climb down and reach the girl (who was also trying to climb up), while the rest of the staff held onto her. Meanwhile, a bystander on the floor below stood on the balcony to catch the girl in case she fell. However, nothing like that happened and she was safely brought up.

You can check out the incident here:

So parents, please keep an eye on where your kids are going because things aren’t going to be so lucky every time. And if you see them doing stunts like these very often, send them to audition for the next ‘Mission: Impossible‘ movie or ‘Khatron Ke Khiladi’.