Home Animals These Tigers Fighting With Each Other Look Like They Are Pulling 1980’s...

Trust me when I say this: I have seen a lot of pictures in which tigers are fighting with each other, but this one beats all of them!

24-year-old Kunal Khinwasara captured these moments and said, “They looked like they were trying to pull some 1980s dance moves or something – it was really funny.”

Let’s have a look at the pictures:

1. Balancing yourself on hind legs to destroy the enemy? Cool! 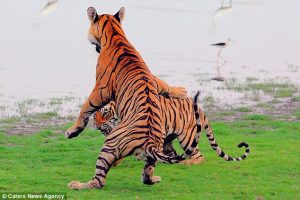 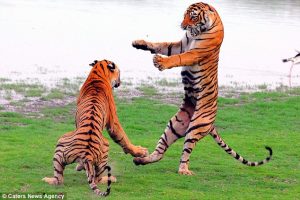 3. I really can’t make out if they are fighting or just hugging it out! 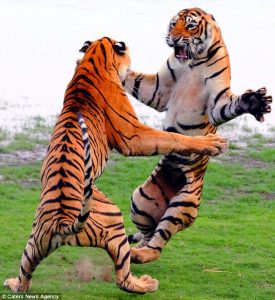 The giant cats might have indulged in some serious clash, but it really looks damn funny when you look at the pictures.