Home Entertainment With Cersei As Gabbar & Dany As Basanti, Here’s GOT Reimagined With...

If you were to make a list of the best cinematic experiences that you have had, ‘Sholay’ and ‘Game of Thrones’ surely would make the cut. Now, these two have a lot more in common than one might think. Both have villains many adore more than the heroes, both have iconic dialogues, and both contain characters who are driven by blood-lust!

Since the two have quite a few similarities and both are, of course, iconic visual treats that are going to be remembered for many generations to come, we decided to insert some of the most popular ‘Sholay’ dialogues into ‘Game of Thrones’ scenes. And believe it or, they are fitting AF!

1. Daenerys killing everybody in season 8 because nobody takes her seriously. 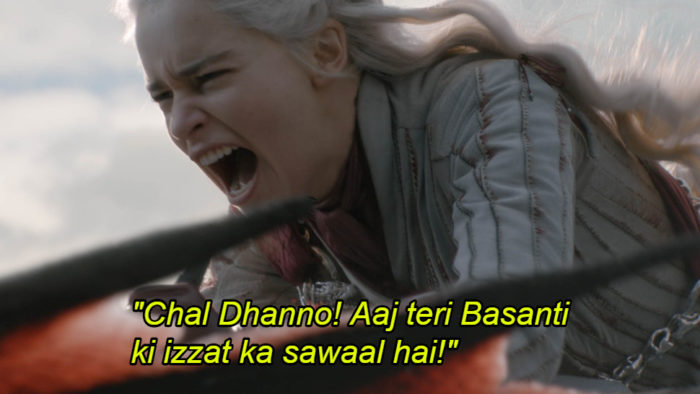 2. Jaime and Tyrion being the ULTIMATE bros. 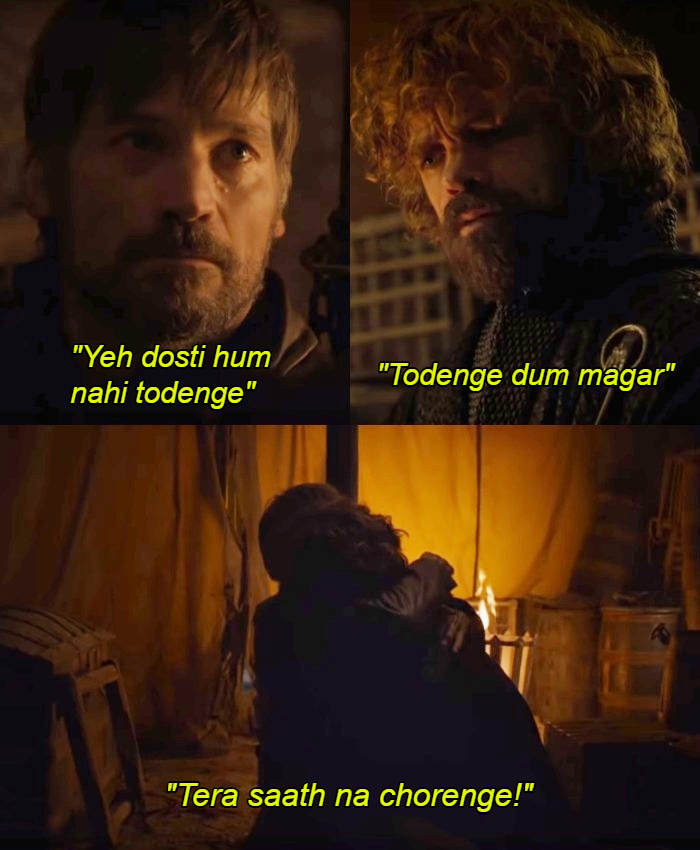 3. Arya being the badass that she is. 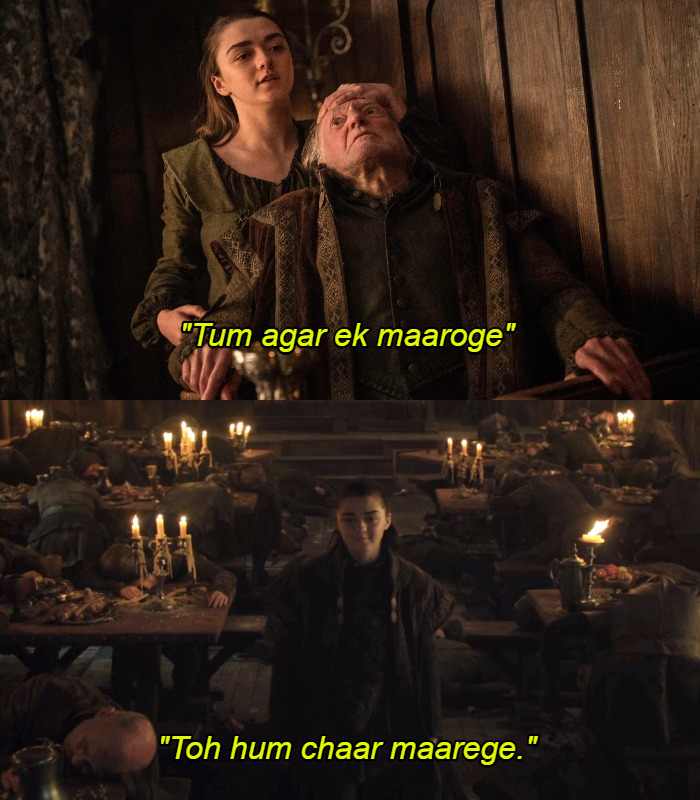 5. Overtly optimistic Jon taking on the massive Bolton army despite being outnumbered is most of us sitting for a math exam unprepared. 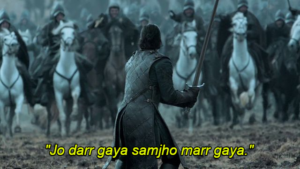 6. Cersei is the sassiest villain of all time. Period. 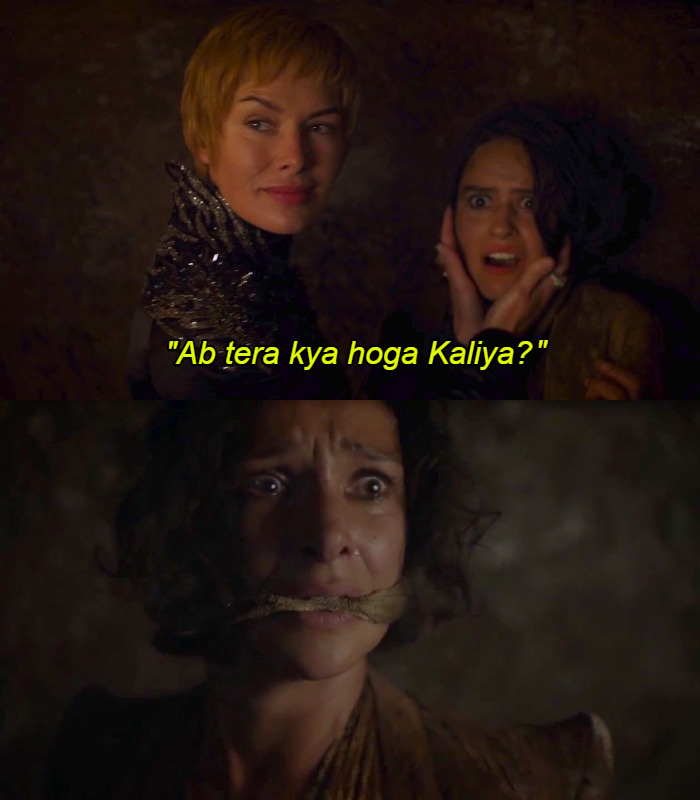 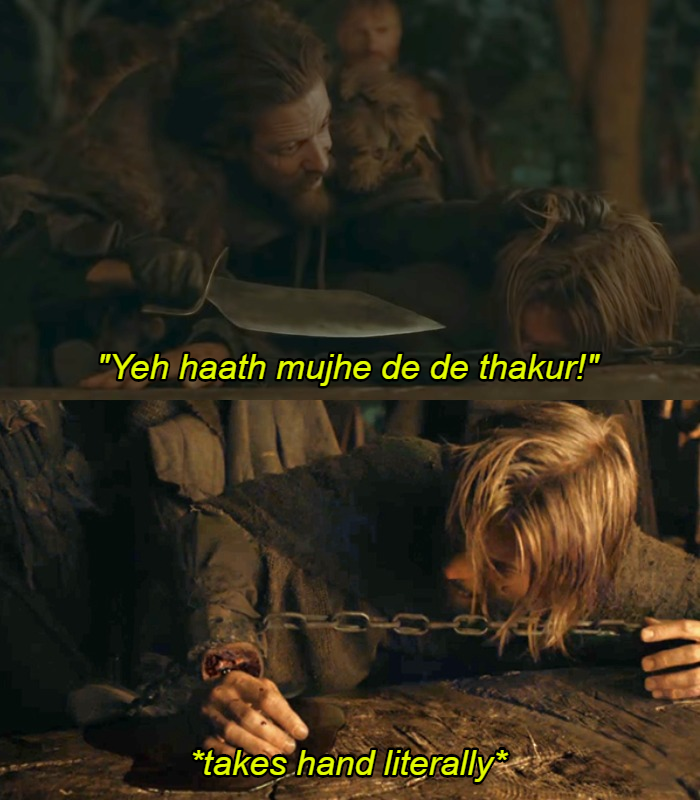 10. When Daenerys questions Varys’ loyalty and why he betrayed The Mad King, King Robert, and Cersei. 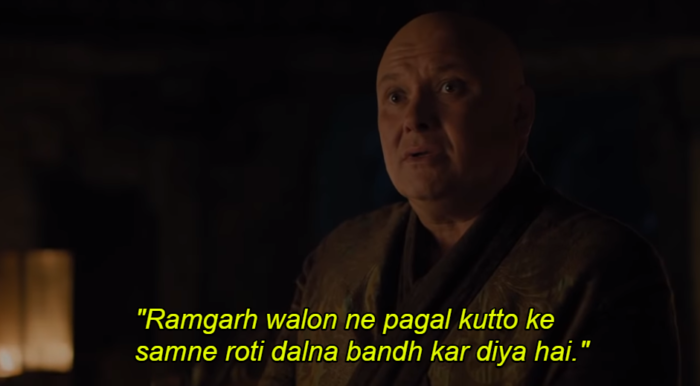 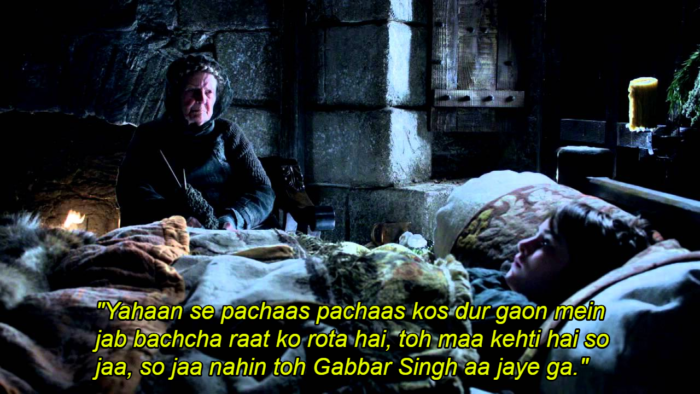 12. We all remember this awkward moment when Theon flirted dirty with his elder sister.

13. Tyrion being the perfect gentleman by saving Sansa from the ‘kutton’. 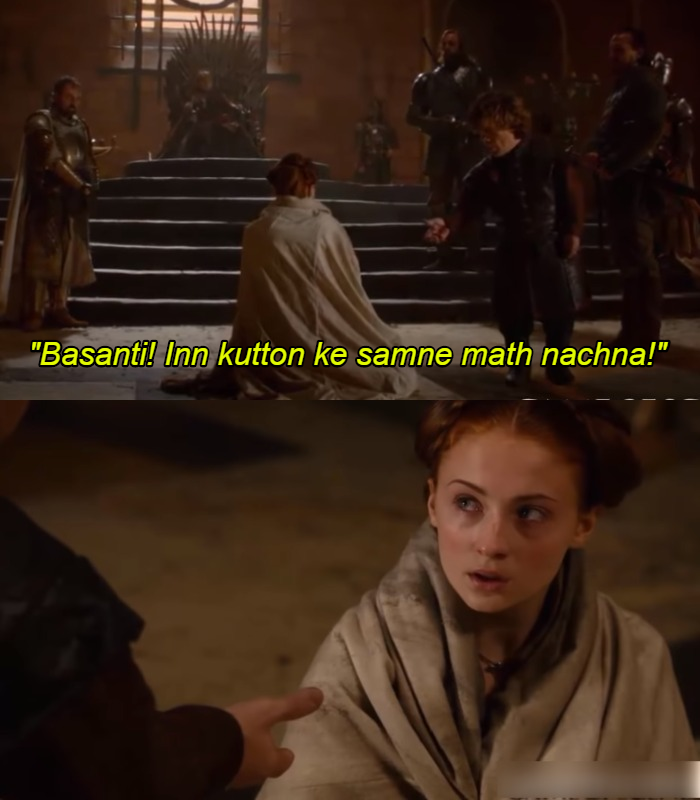 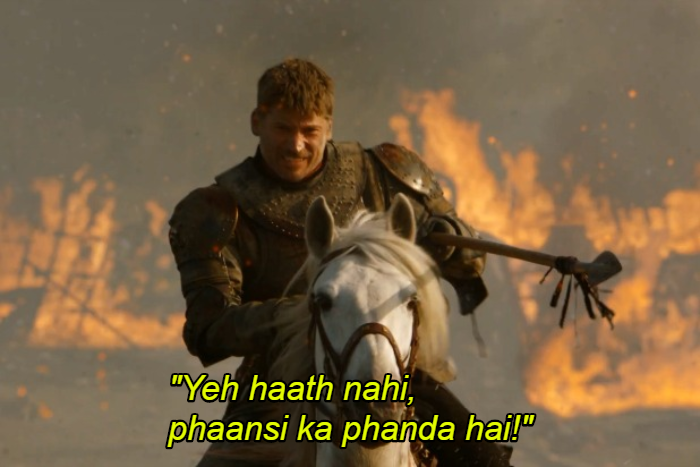 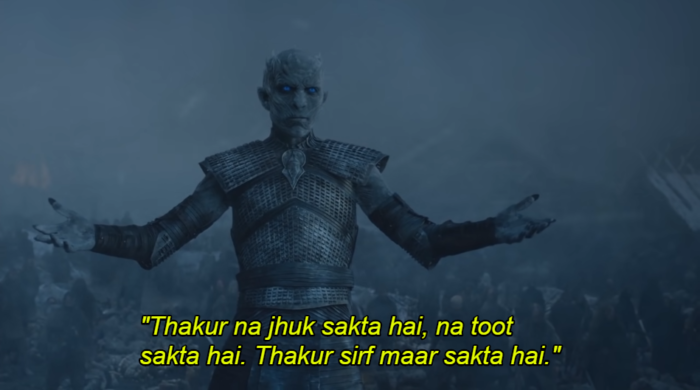 I’m sure these have set your imagination on fire. Do you have any more scenes in mind? Let us know!