6 Major Easter Eggs You Might Have Missed In ‘Game Of Thrones’ S8E04 **Spoiler Alert!**

Disclaimer: If you haven’t watched the episode yet, you might want to watch it first and then check this article out because SPOILER ALERT!

Game of Thrones fans felt quite a bit of anger and cringe after watching today’s episode. S8E04 was quite the disappointment overall, but thankfully it did contain some major easter eggs for next week’s episode!

1. CleganeBowl is finally going to happen! 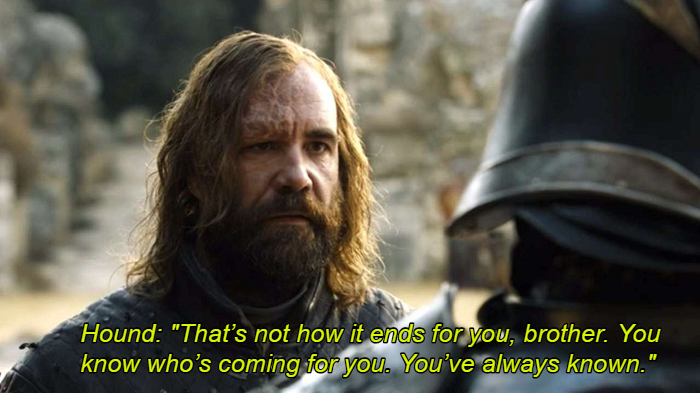 Sandor Clegane a.k.a the Hound got that nasty scar on his face because his brother, the Mountain, pushed his face close enough to fire for it to melt while he screamed. This is why the Hound couldn’t fight through all the fire in the Battle of Winterfell, until Arya came along. And now since he’s over his fear of fire, his next conquest will be killing the Mountain, which had been majorly foreshadowed in the last season and today’s episode as well in his chat with Arya. 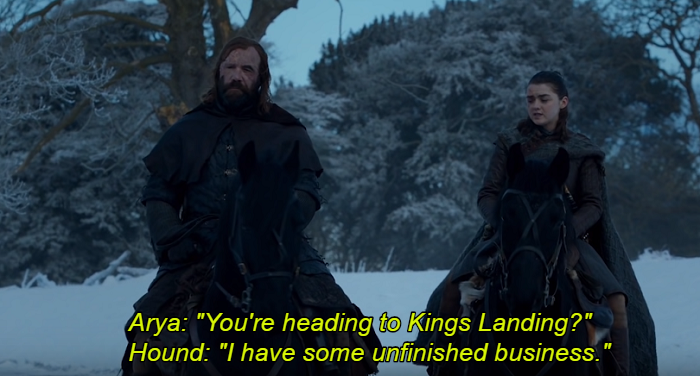 2. Arya is off to King’s Landing to kill Cersei. 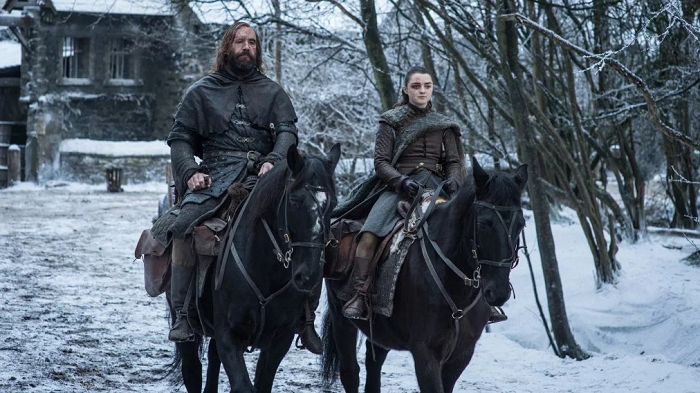 Even though Arya kicked the Night King’s ass last episode and saved the realms of men, she still has to strike names off her list! Last season, she was heading to Kings Landing at first to kill Cersei till she heard Jon was King in the North. And now with the Great War ended, Arya’s back to business.

3. Jaime is off to kill Cersei. While fans are hell pissed at Jaime’s treatment of Brienne, this doesn’t look like the face of someone who heads back to Kings Landing because of love. After hearing about how Euron’s fleet destroyed Dany’s dragon and half her men, Jaime pretty sure got the hint that something’s going on between Cersei and Euron besides a strictly political alliance. And he’s probably headed back to kill Cersei because
A) She slept with Euron.
B) She lied about their child. Varys has always been known to be loyal to just one thing – the realm. He has played quite the game in betraying the throne and bringing tyrants down. And he has made his intentions clear this episode, he’s gonna bring Daenerys down. How? We’re yet to find out! 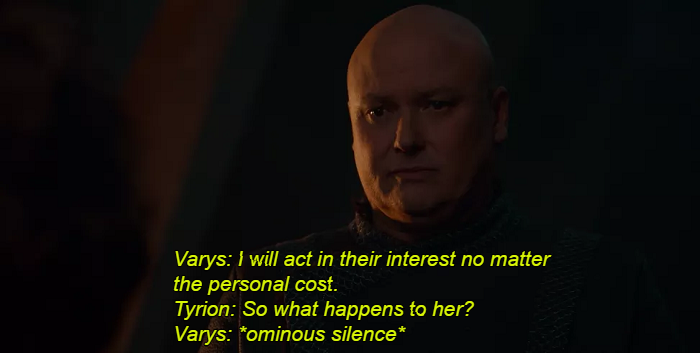 5. The Hound and Arya’s death foreshadowed. 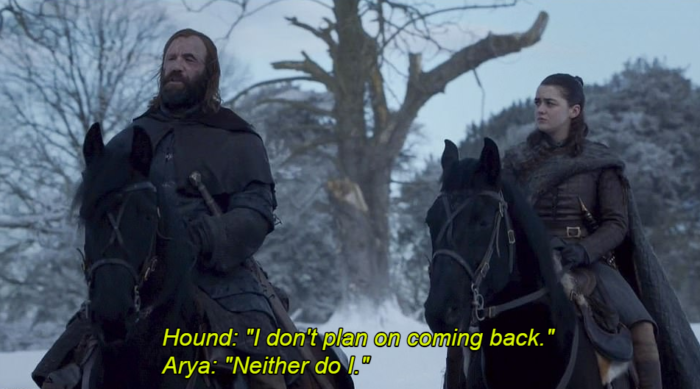 While heading towards Kings Landing, the Hound and Arya make it clear that they don’t plan on coming back. This might be a major hint foreshadowing their death in the remaining episodes. The Hound might succumb to his wounds after having killed the Mountain, and Arya…well who knows!

6. Missandei’s final “Dracarys” is the beginning of the Mad Queen. 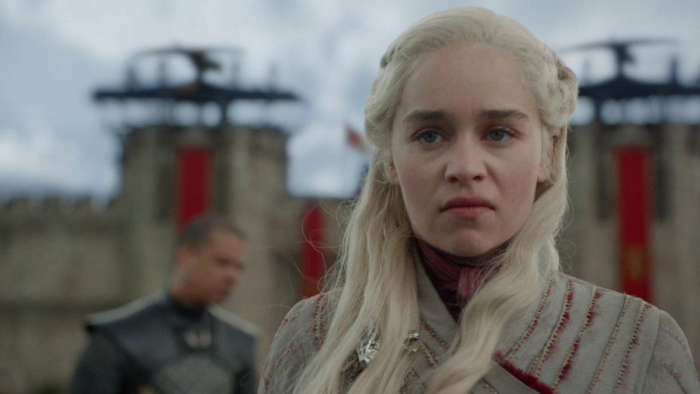 Here is a woman who lost half her Unsullied, most of her Dothraki, a dear friend and protector Ser Jorah, Rhaegal, finds out there’s another with a stronger claim to the Iron Throne (something that she’s fought for since the beginning), with her advisors plotting against her, and feels isolated and close to defeat. To top it all off, her female BFF Missandei gets killed with her last words being “Dracarys”. Give me a good reason why not to believe that Danaerys is gonna spill wrath over Kings Landing and burn everyone next episode?

Missandei's last word was "Dracarys" which marked the beginning of Dany's path as breaker of chains when she burnt the slavers of Astapor.

That word meant freedom for Missandei and the Unsullied. It meant hell for tyrants.

The fight for freedom is not over yet. #GameOfThrones pic.twitter.com/iYK6RBj897

S8E05, I’m counting on you to blow people’s mind this time!