Performing death-defying stunts for likes and followers on social media is quite the norm today. The selfie craze has not merely caused multiple accidents across the world, but have also lead to death and serious injuries in many cases. Now, the obsession with making TikTok videos has gone to a whole new level.

An incident of a couple making a slow-motion video just came to light. They’re seen ignoring their 3-year-old toddler who made a dangerous attempt to imitate his mother and jumped from a tall bunk bed.

The video that was posted by the toddler’s Instagram account, bonor_gabriel garnered a lot of attention but for the wrong reasons. In the video, Sveta Ananas reportedly Gabriel’s mother was seen jumping into the arms of her husband Andrei.

But what stirred a massive controversy was when the toddler tried to imitate his mother and jumped from the top of a bunk bed and landed on his head while the parents were busy filming a slow-motion TikTok video.

The child’s jump took everyone’s breath away as he landed head first on the mattress with his bodyweight entirely on his neck, doing a breathtaking headstand before falling back. 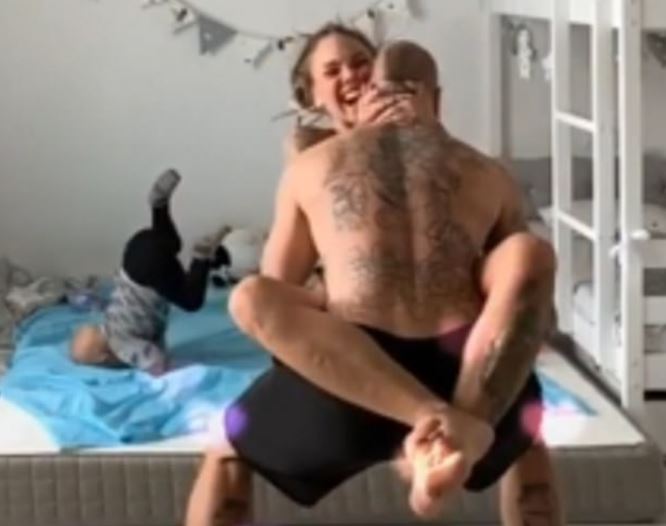 Although, the three-year-old Gabriel, fortunately, lands safely on the mattress unhurt, the nail-biting sight of him imitating his mother and jumping from a dangerous height made netizens furious: 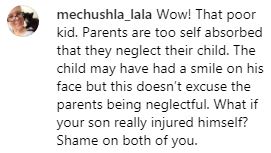 Although his parents made provisions for his safe landing, the fact that the couple made the child attempt the dangerous stunt just to post it online is disturbing. After all, is risking your baby’s safety worth a few thousand social media hits? Tell us what you think of the debacle.

Two Thieves Driving Stolen Cars Crash Into Each Other, Both Arrested