Friends ‘Kidnap’ Their Dost In Front Of Teacher To Help Him Bunk Online Lecture, Watch Video

“Aaj lecture nai jate hai” These magical words by my friends always made my day during college. I still vividly remember how we used to hog in the canteen instead of attending a class every once in a while. However, with the new normal, lectures are now being held online and several kids are missing out on the fun of spending time with their BFFs. Sadly, it also means there’s no escaping lectures!

Having said that, recently, a certain group of friends came up with a rather peculiar idea to get their buddy out of an online lecture. They faked his kidnapping! Whaaat?!! Well, a person took to Reddit and shared a video of an unsuspecting professor taking an online class where a few students can be seen on the screen. However as he continues to teach, 2 intruders appear on one of the student’s screen and they try to ‘kidnap him’. 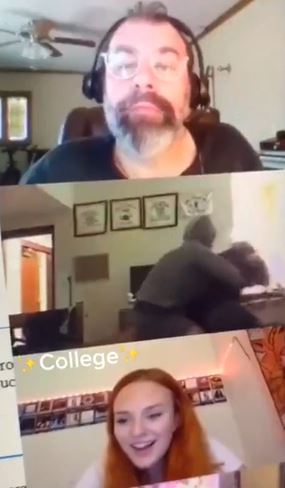 Unaware of his students’ plan, the professor asks rather casually, “Did you just see Tyler get kidnapped?’ and whether they should call the cops. All the while, another female student uncontrollably laughs at the situation.

Have a look at the hilarious video:

They staged a kidnapping to get him out of lectures. Friendship goals. from funny

Wow, now that is what I call friendship goals! Anyway, many people online applauded the students’ efforts but also pointed out the obvious hints that it was a ‘fake kidnapping’:

She sure was suspiciously smiling a lot: 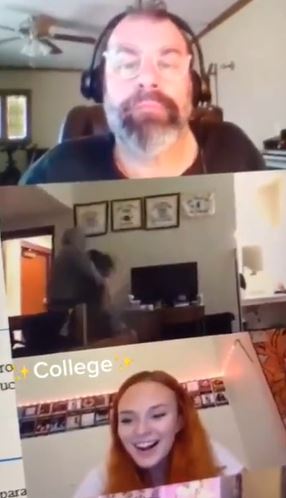 The ‘kidnapped’ person was not convincing enough:

A little too excited for his own ‘kidnapping’?

Someone even recognized who the professor was:

Many people couldn’t stop laughing at this silly idea for bunking an online lecture:

How I wish I could try this during office calls! 😂 What do you think about this fake kidnapping? Tell us!