“We can’t help everyone but everyone can help someone.” This well-known phrase has become the motto of many people amid the pandemic. Individuals globally are doing everything in their capacity to help those in need. Like, when a journalist gave his shoes to a barefoot migrant or a businessman anonymously cleared the loans of 4 strangers.

Recently, people from Kolkata’s Jadavpur neighborhood set up a free-for-all vegetable market, reports Times Now. Volunteers in the area joined hands to organize a market that is open to anyone and everyone. All people have to do is collect a coupon to enter the makeshift market. 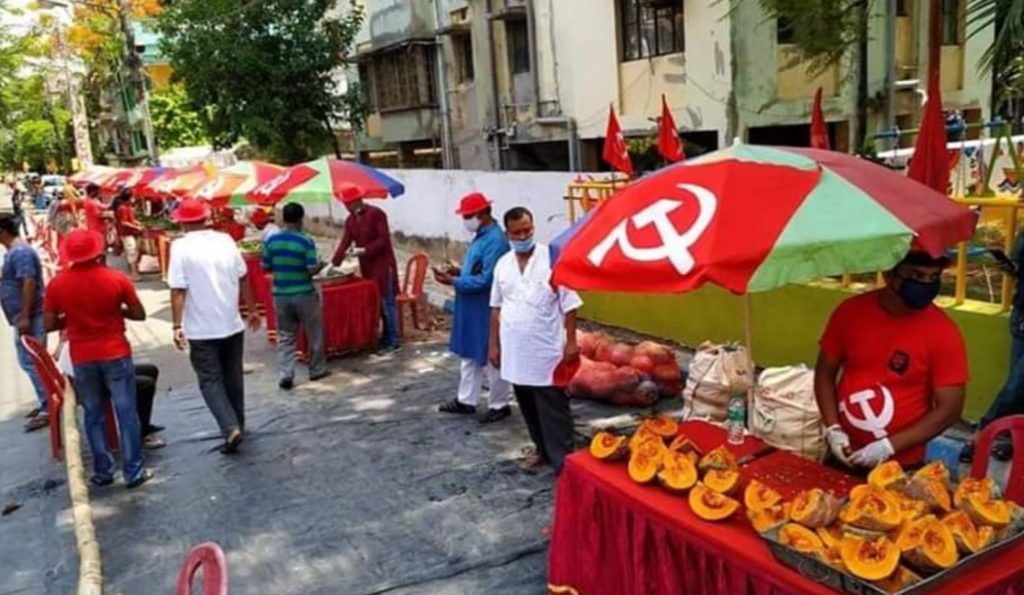 It’s been three days since volunteers started this unique market where people can take any vegetable they want without paying a penny. The market is reportedly for people who hesitate to ask for help. “There’s a section of the society, especially the middle class, which hesitates to tell about their problems.

“A freelancer, a retired couple, a small shop owner, a mechanic, a salesman without a job – they just don’t say that they are in distress. This market is for them,” said Sudip Sengupta, one of the organizers of the market.

A widow, who was initially hesitant to enter the market, later filled her bag with lots of vegetables. She confessed to a volunteer that for the last two weeks, she had no money to buy vegetables or other essentials.

“It’s a free market, our contribution as part of the relief. It’s for those who hesitate to stand in a free kitchen or confess that they want daily ration and supplies because they are out of money,” added Sudip.

The initiative is also beneficial for farmers from a village called Baduria as they were unable to sell their produce due to the lockdown. The model has reportedly been adopted in different parts of West Bengal. Well, it is a great concept and we hope other states follow suit as well.