They say, a match is made in heaven, only if we could know how many failed relationships it would take to finally settle with the love of our life.

In the case of this former model, Elizabeth Hoad, the number was 220. Yes, she had to kiss 220 men before she married the right ‘dog’. 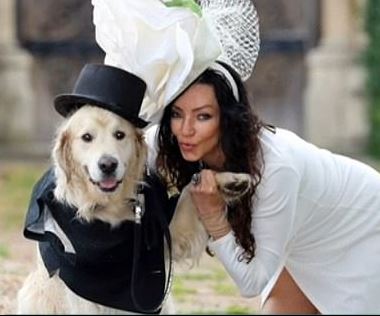 The former Page 3 model and the mother of a 25-year-old who struggled to find a long term partner even after dating stars like golfer Seve Ballesteros and Formula One driver James Hunt married her dog on live TV.

“I’ve had 220 dates in eight years from six dating sites and it’s generally been a disaster. I thought it would be a good idea to ‘marry’ Logan instead,” she told reporters.

Reportedly, Elizabeth appeared on ITV’s This Morning, and married her 6-year-old Golden Retriever Logan, who she rescued last year after her last dog passed away.

“He had a traumatic first four years being locked and beaten in a utility cupboard,” she says. “He’s saved me and I’ve saved him. I was a broken woman when my last dog died,” she said.

The duo was pronounced ‘woman and dog’ with guests including Ruth and Eamonn Holmes, while Alison Hammond acted as the officiant and Love Island’s Kem as best man. “All that I have in my doggy treat cupboard I promise to give to you. I found the one and I love him,” Hoad said on the show. 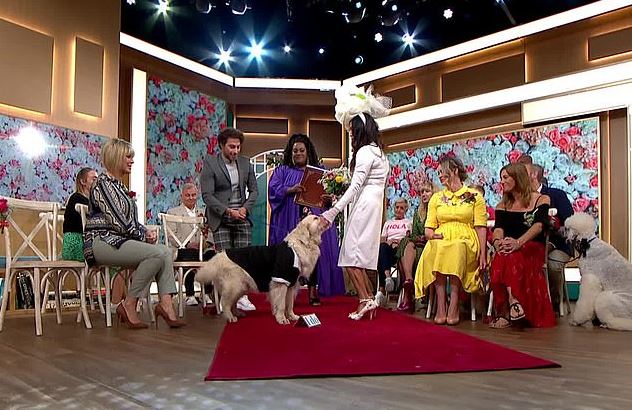 We loved the dog momma’s gesture to be the life partner of her rescued pooch. Isn’t it Paw-some?