For years, we were taught that there were only two genders – male and female. We were told that everything outside the male-female, masculine-feminine dichotomy is abnormal. Adhering to the set behavioural rules of the masculine and feminine was the norm and those who didn’t fit into the set definition was regarded as the ‘other’ – a threat, a problem meant to be ‘fixed’.

In a world where LGBTQ+ media representation has been scanty, most of the people belonging to the community grew up with a sense of unbelonging. Which is why, when the very first Tamil LGBTQ+ song about a same-sex couple was dropped, people online lauded the move. 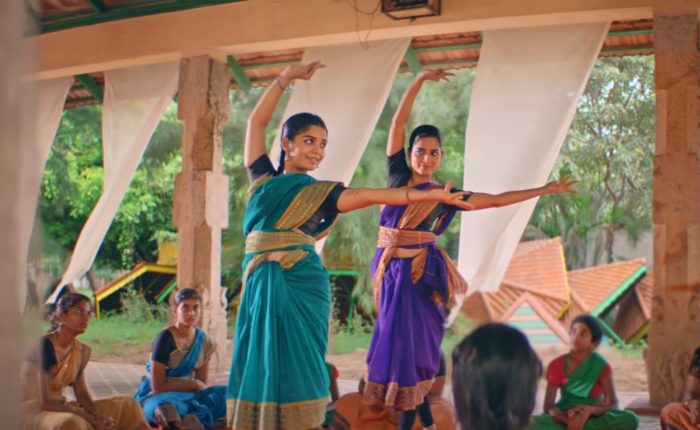 According to News18, the music video of the song ‘Magizhini – It’s not my fault’ was released by Saregama Tamil and features Anagha and Gouri G Kishan as the actors. It is directed by VG Balasubramanian and the music has been composed by Govind Vasantha. The video shows the story of a female dancer who struggles to understand her sexuality, gets attracted towards another female dancer, battles her conservative father but has a supportive mother, and finally is able to embrace her identity.

People online lauded the Tamil entertainment industry for coming up with such a brilliant video. Many emphasised on the importance of representation and demanded for more such videos to be made.

Hats off to Tamil Industry. Such a sensitive topic to talk about especially in India but our Tamil industry did..But still some narrow minded people can't understand and be supportive
I stand with LGBTQ community🏳️‍🌈your feelings are valid💜#FirstTamilLGBTQSong https://t.co/FabzmU8IvL

This a huge step from India….. Nice to see India is finally slowly accepting the fact… Hope one day the whole world does…. 💜💜💜 https://t.co/X6Q2KVKrnM

Wow this is HUGEEEE !! I never expected this will happen #FirstTamilLGBTQSong https://t.co/MqbVxe8a08

In a place where we're struggling with society to accept straight love, this gives our society hope for the LGBTQ community. Acceptance comes from each person as a friend, sister, brother, and as a parent. Hats off to such a bold effort to the entire crew. #FirstTamilLGBTQSong

I’m speechless., I never thought this will happen in tamil industry.! ❤️ https://t.co/FIGKd6EEsM

This is a huge step. Though, the acceptance for lgbtq ppl still feels like a luxury coz love marriages in general is not being accepted here… there's a lot more to change. Maybe one day ppl will start to actually UNDERSTAND others instead of judging them.#FirstTamilLGBTQSong https://t.co/q7xSTkP5Ev

Indian moots show love and support to the song
It's so beautiful and we need more songs like this https://t.co/a3p1L9GEHJ

Idk how to feel anymore…its like omg skkskskksksk its so good and and I don't have words omg 😭 peeps started to accept us and its kinda feel like🤩🥺😳💓💜😍😭💓💓💓💓😳💓😭🥺 https://t.co/4Q6DDOoDGZ

For a very long time, LGBTQ+ people were shown as laughing stock in films and other such videos. They were used to make the audience laugh at the expense of their dignity. A very good example of this is how the Hindi film industry treated Bobby Darling. However, this video manages to beautifully show an LGBTQ+ couple living a normal life, fighting normal battles, just like everyone else. And this is another step in the right direction!