10 Viral Images That Took The Internet By Storm, But Were Actually Fake

And some extremely clever but don’t-have-much-work-in-hand people make ample use of this gullibility of netizens. Their sure shot way of having a good laugh at others’ expense often includes a simple technique, posting a fake Photoshopped picture on the net and then seeing people go gaga over the fake photo.

These 10 photos took the internet by storm, and people, fools that they are, took a long time to realize that these were actually fake!

1. This fake photo of the Father of the Nation caught red-handed

Was actually a product of Photoshop. This is the original photo, where Gandhiji was with Nehru. 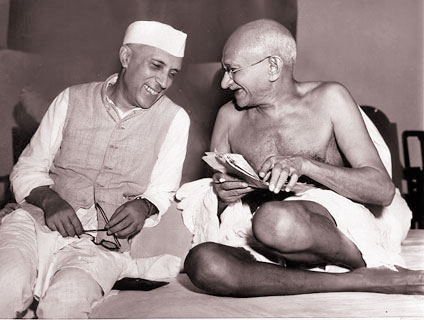 2. This photo fueled the cries of the online misogynists

Because obviously, this beautiful woman is nothing but a gold digger. She surely cannot be the Swedish model and actress Natacha Peyre!

3. These photos ‘documenting JFK and Marilyn Monroe’s affair’ took the internet by storm upon surfacing

When in actuality, these were products of a photo-shoot done by Alison Jackson, who is famous for shooting photographs using lookalike models.

4. This photo was claimed to have published by NASA and shows India during Diwali

I’m sure it perhaps looks kind of like this only, but this one, dear friend, is fake.

Sorry to disappoint you fans, this is the actual photo where Lennon was jamming with Wayne Gabriel.

6. Such an example of thoughtless cruelty

Well, not really. A fine example of photoshop though!

7. Do I even need to explain this

8. This heart wrenching photo of two kids from the earthquake wrecked Nepal moved people to tears

But actually it was taken in 2007 by Na Son Nguyen in Vietnam.

9. You must have come across this image of a little Syrian kid sleeping next to his parents’ graves

Actually the boy in the photo is photographer Abdel Aziz Al-Atibi’s nephew, who was modelling for him.

The photographer was working on a conceptual series, of which these were the products!

Well, not really. These are actually 11 babies all born on the same day.

Much ado about nothing, it turns out!