Just yesterday, Tesla chief Elon Musk entered the Twitter headquarters, and not just him, everyone took a moment to ‘let that sink in’. After he changed his bio to ‘Chief Twit’, all eyes were on him given the fact that he’s known for taking unexpected decisions.

After acquiring the social media company, the 51-year-old also penned a lengthy note to his advertisers stating why he bought Twitter and what he thinks about advertising.

“The reason I acquired Twitter is because it is important to the future of civilization to have a common digital town square, where a wide range of beliefs can be debated in a healthy manner, without resorting to violence.” 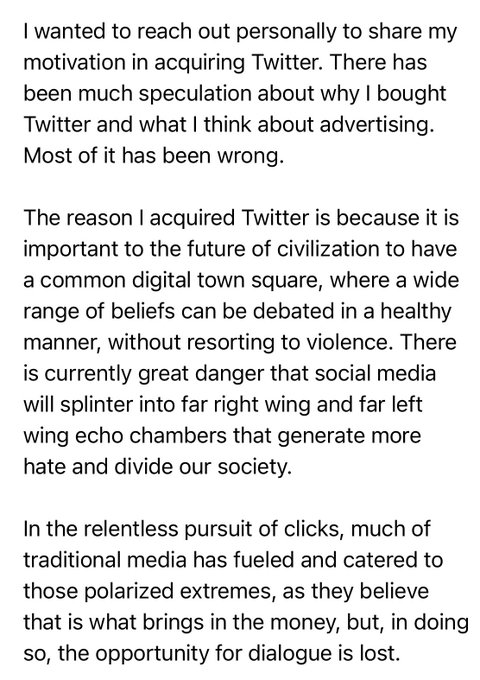 “In addition to adhering to the laws of the land, our platform must be warm and welcoming to all, where you can choose your desired experience according to your preferences.” 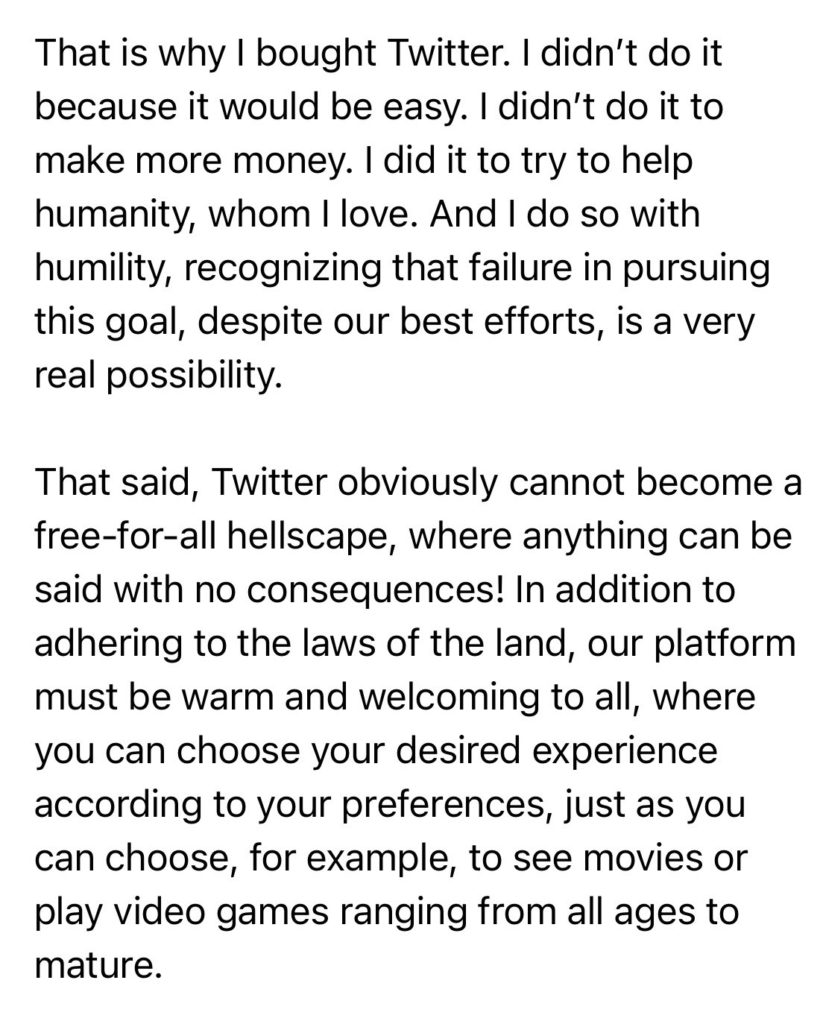 “Fundamentally, Twitter aspires to be the most respected advertising platform in the world that strengthens your brand and grows your enterprise … Let us build something extraordinary together.” And just hours after he closed the $44-billion deal on Thursday and acquired the micro-blogging site, reports have it that the Billionaire has fired Twitter’s Indian-origin CEO Parag Agrawal, and top legal executive Vijaya Gadde.

At least one of the executives who was fired was reportedly escorted out of Twitter’s office https://t.co/eCBT1QrIuB

Musk went on to confirm this piece of news when he recently tweeted, ‘the bird is freed’.

the bird is freed

According to a NY Times report, Musk “has started cleaning house at Twitter with the firings of at least four top executives” and as of now the Twitter executives who were fired apart from Agrawal and Gadde include Chief Financial Officer Ned Segal and General Counsel Sean Edgett.

Twitter's CEO Parag Agarawal, CFO Ned Segal, and chief content moderator Vijaya Gadde, who got Twitter to ban Donald Trump, got them to ban political ads, and censor the Hunter Biden story have all been FIRED

Agrawal was appointed the CEO of Twitter in November last year after its co-founder Jack Dorsey had stepped down.

As the Musk era begins, let’s see how and what changes the business magnate will bring to the social media site.