The world is today advocating ‘love is love’. Last month, we also celebrated pride month in order to give recognition and fight for equal status for people associated with the LGBTQAI+ community.

Several people who earlier lived in the closet and feared disclosing their true identity came out to society and owned their reality. And among them is Indian sprinter Dutee Chand who opened up about her same-sex relationship back in 2019.

Dutee is now an avid advocator of LGBTQAI+ rights and isn’t losing on any opportunity to raise her impactful voice in support of the community. The renowned athlete is currently at Birmingham for Commonwealth Games 2022.

While she proudly held the Indian flag at the international multi-sport event, she even made sure to unfurl the rainbow-colored pride flag protesting against those Commonwealth nations where homosexuality is still a crime.

Chand, being India’s only openly lesbian athlete, held the flag at the opening ceremony of the event with other LGBTQAI+ athletes and activists. They also carried the Queen’s baton into the stadium.

“In over half of the Commonwealth countries, homosexuality is still a crime and in 3 of those countries the maximum penalty is the death sentence. These laws are a legacy of colonialism. This opening ceremony for us is about showing LGBTQ+ visibility to the billion people watching.”

Daley, who came out as gay in 2013, also gave a shout-out to the six people who walked into the stadium with him holding the pride flag, namely Bisi Alimi from Nigeria, Glenroy Murray from Jamaica, Dutee Chand from India, Moud Goba from Zimbabwe, Jason Jones from Trinidad and Tobago, Prossy Kakooza from Uganda.

Talking to a UK-based news portal, Daley said he couldn’t imagine what life is like for LGBTQAI+ athletes attending the Commonwealth games from such countries.

“Seven Commonwealth nations have a maximum penalty of life imprisonment under laws imposed by Britain in the 19th century when it was the colonial power. Every single person should be free to live their true authentic self, no matter where they are born or who they are. We must all keep working until everyone is free and equal.”

As of now, in 35 out of the 56 Commonwealth nations homosexuality is considered a crime, with some countries still punishing it with the death penalty. As per sources, these countries include Sri Lanka, Mauritius, Singapore, Jamaica, Ghana, Bangladesh, Malaysia, Maldives, and Pakistan among others.

In most of these countries, there are laws prescribing criminal penalties for same-sex sexual acts with possible penalties of prison sentences from two years to a life sentence and fines. Moreover, assault, harassment, sexual and monetarily exploitation, and mental and physical abuse are some of the common things that people identifying with the LGBTQAI+ community face from those who don’t identify with them. 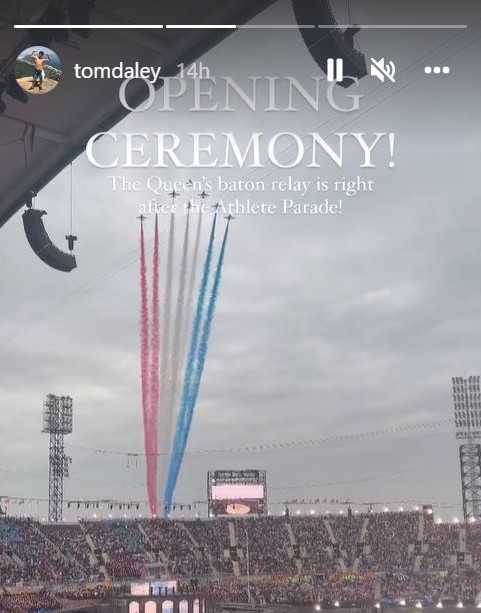 It’s appalling that even in 2022, homophobia still exists and that even the law of the land doesn’t encourage people to be their real selves. It must be traumatizing for the athletes to compete and win medals in such countries where they don’t feel safe.

It’s really hard to imagine how the LGBTQAI+ athletes lead their lives in a country where they are not comfortable and the continuous fear of being penalized or even persecution or death haunts them.

I’m glad that these athletes are leading by example and using their position to pave way for the people in their community.