Not all heroes wear capes. We have come across many such incidents which portray the bravery and quick thinking of people while saving other people’s lives. For instance, a 4-year-old Chinese boy who was found dangling from a 4th-floor window was rescued by firefighters or how another baby falling from the 2nd floor of a building miraculously saved by a teenager.

A heart-stopping moment from Hanoi, Vietnam was recently captured on camera when a 31-year old delivery driver named Nguyen Ngoc Manh caught a 2-year-old girl who fell from the 12th-floor balcony. Here’s the video:

As per a report in Times Now, the driver narrated the incident by saying, “I was sitting in the car and waiting to deliver some belongings for a client in the opposite building when I heard a child crying – I just thought that the baby had been scolded by their parents.” But soon after, he saw the girl holding and clinging on to the balcony with one hand. 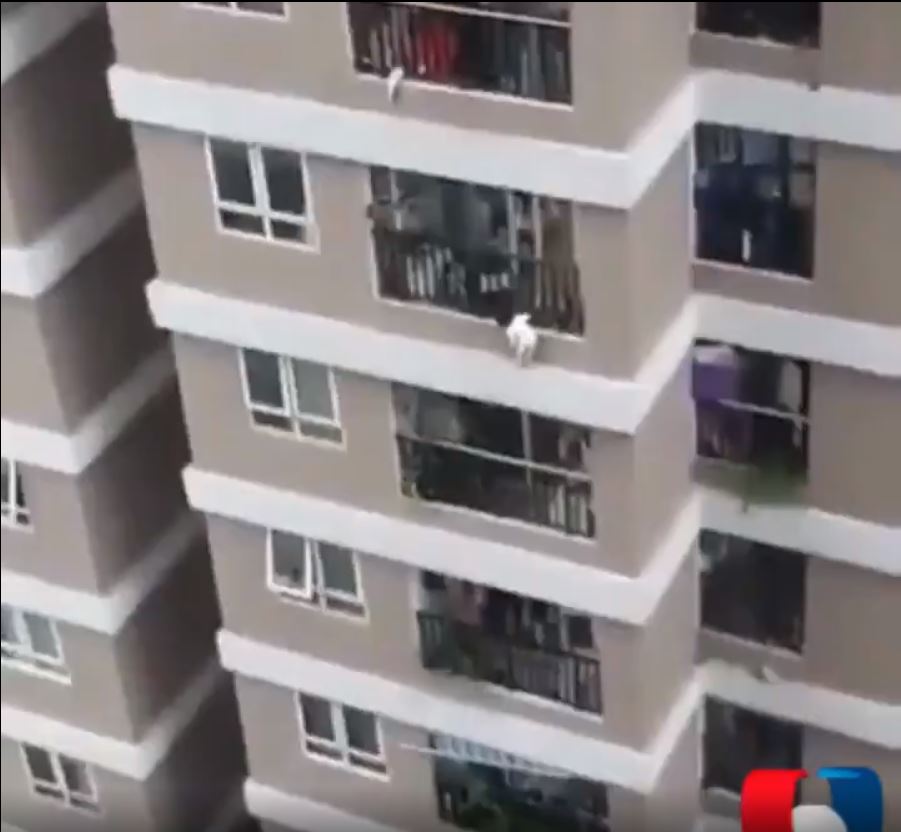 He continued, “I jumped out of the car immediately, trying to find ways to climb the nearby building. I mounted on a two-meter-high tile roof to seek a proper position to get the girl.” He added that he momentarily lost his footing, but managed to throw himself forward. Fortunately, he caught the toddler, who fell from 164-feet, perfectly in his arms. “When the incident happened I did not think much. Seeing the baby I immediately thought of my daughter at home and hurriedly tried to save her,” he concluded.

We applaud the driver for his quick-thinking and bravery! What do you think? Tell us!