Netflix and chill along with streaming shows on other OTT platforms has become the norm today. But ask any 80s kid and they’ll tell you how Doordarshan captivated their hearts by dishing out programs like Ramayana, Mahabharata, Shaktimaan among others. 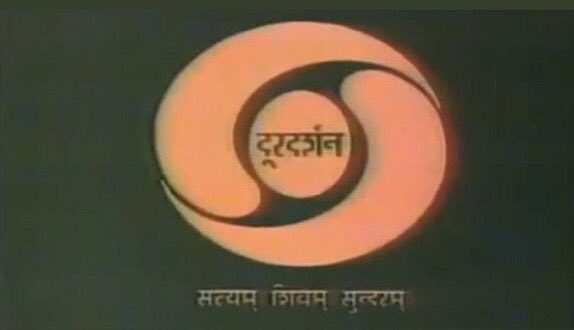 And today, the ‘baap’ of all channels turned 61.

Well, people couldn’t help but take the route back to their childhood and share nostalgic anecdotes from the era that was.

Happy Birthday Doordarshan
You are the heartbeat of India. What an honour for me to have served India’s National Broadcaster as the then Director General. Proud 🇮🇳

Happy Birthday #Doordarshan 🎂 📺
You were the @Netflix of my generation! 😍 pic.twitter.com/G8une5eQf8

Happy 61st Anniversary #Doordarshan!The entity was set up in 1959 on this day . I am sure many of you like me having enormous memories of #Doordarshan. Who can forget Chitrahar, Rangoli , Sunday movies and later Ramayana and Mahabharata etc.The days of long antenna on the roof. pic.twitter.com/anQUJ2MbuG

📺 #61GloriousYearsOfDD 📺#Doordarshan Celebrating 61 Glorious years in the service of Nation..

Thank you #Doordarshan for providing the entire nation with great content for 61 years. Unmatched… unparalleled!

📺 Happy Birthday @DDNational 📺#Doordarshan Celebrating #61GloriousYearsOfDD#Doordarshan is part of our lives. It has given us several good programmes like Ramayan & Mahabharat.

The gold old days of Indian Television. #humlog @DDNational @DDNewslive Every show would celebrate the Indian culture. #Bollywood should learn something from #Doordarshan . pic.twitter.com/61krWdlsgD

Doordarshan has done great service to the nation by bringing good programs, which are liked by people across the nation.

The nostalgia, the memories, our fav cartoons, the learnings from Mahabharat & Ramayan, the knowledge of Surabhi

Also, thank you for giving some of the finest actors & superstar to the industry

Even though over the years, DD somewhere got lost among the scores of HD entertainment channels, it still holds a special place in the hearts of many because, jo bhi ho, baap baap hota hai!