Someone has correctly said that pressure brings out the best in us. We always tend to come up with the unthinkable and what’s not expected of us when we are pushed to the wall or have no other choice left. This is applicable not only to humans but also, animals.

In a strange incident at the Jhalana Safari Park near Jaipur, Rajasthan, a leopard was forced to go back disappointed by a stray dog after it tried to make a meal out of the dog. 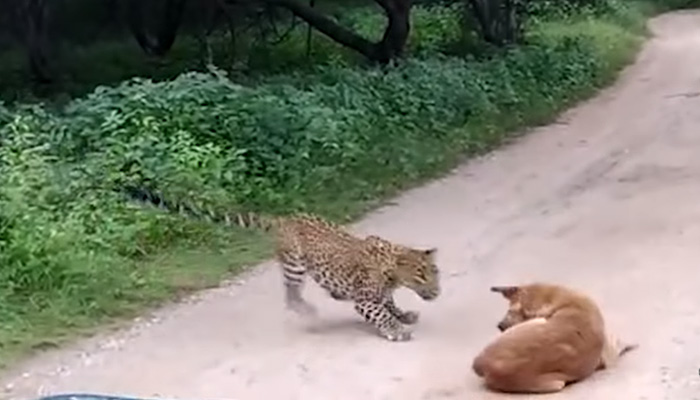 The video was captured by some tourists who noticed the young leopard monitoring the dog for long. They quickly took their positions with their mobile cameras to capture what they expected to be an easy win for the leopard. But things don’t always turn out the way we think it will. Do they?

Just as the leopard came out of the bush and was ready to make his first move the dog woke up barking. The dog continued to bark louder by the second and it surprised the young leopard forcing it to retreat. 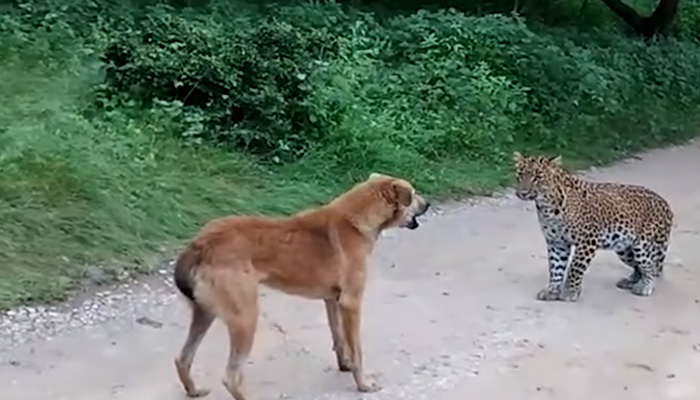 However, the opinion of the forest officers and experts differ from what we saw in the video. They believe that Julie, the Leopard retreated just because there were many people around but the video tells a different story.

Woah. We have to salute the dog’s courage over here as seldom in this kind of cases, the inferior has the last laugh.