Accept it – desi families are hard to impress, especially for people who live in a foreign country. When it comes to dating and relationships, our own families give us such a hard time, so imagine the amount of pressure foreigners have to go through dealing with desi in-laws!

Speaking of which, a 28-year-old Spanish woman recently took to Reddit to talk about dating a Punjabi guy, wanting to marry him, and how hard it is to bring his parents on board and seek their approval.

“I was very hurt when Singh (the boyfriend) called me to tell me they did not approve of us. It took me a while to digest they were mostly upset he was in a romantic relationship. Obviously the fact that I’m white probably doesn’t help. Now they just don’t talk about it,” the woman says.

She goes on to mention how the guy doesn’t post pictures of the two of them on social media and has to lie about going out on dates with her to his parents.

“He doesn’t have any pictures of us together online, has to constantly lie that he’s on a date with me if they call him, etc. Now, as normal as this might be in Indian culture…I’m not Indian. First, It hurts me that he’s lying – I hate lies and it makes me feel like Singh and his family just pretend I don’t exist in their mutual lives. Second, my confidence took a toll to see Singh not tagging me on photos, not posting pictures and just overall being secretive of me. You should be proud to be with your partner, and not hide them,” she said. 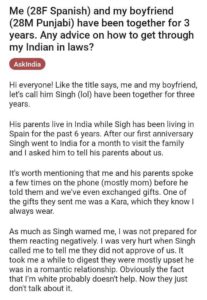 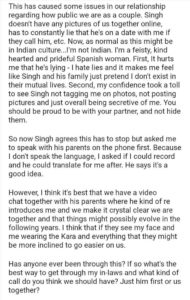 She went on to ask help from people on the internet with similar experiences.

And people online didn’t disappoint! Many took to the comment section to talk about their own experiences. Some agreed that Indian families are usually conservative when it comes to dating foreigners and don’t approve of such relationships. They also highlighted how an individual is heavily dependent upon his/her family’s opinion/approval when it comes to marriage. 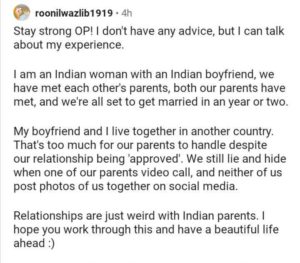 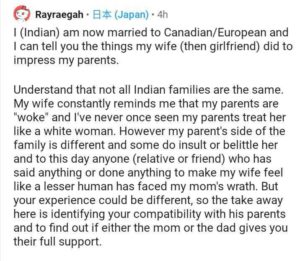 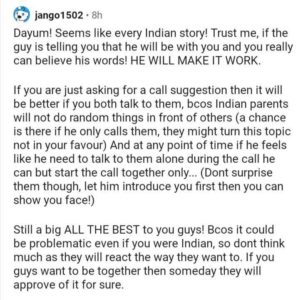 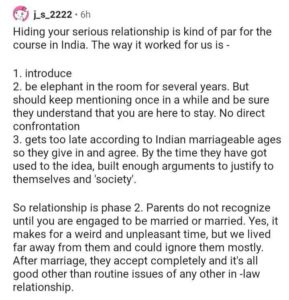 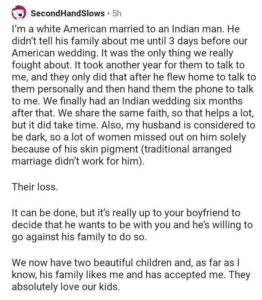 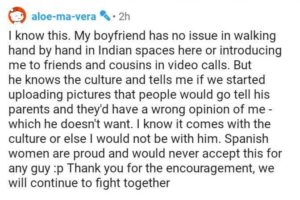 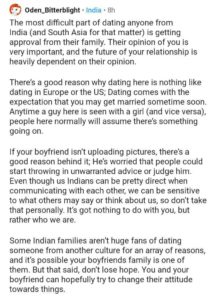 Don’t you think it’s time for desi parents to be more accepting of their kid’s choices? Tell us!