Man Buys Laptop During ‘Big Billion Sale’ On Flipkart, Gets Ghadi Detergent In The Package

Come festivals and every business tries to attract customers by giving attractive offers and schemes. E-commerce companies like Flipkart also come up with exciting deals and sales that can’t be resisted.

Shopping geeks must be knowing that Flipkart came up with their ‘Big Billion Days’ sale. And like everyone else, an IIM-Ahemdabad graduate Yashaswi Sharma bought a laptop during the sale period. However, instead of the laptop he bought for his father, Sharma received detergent bars in the package. 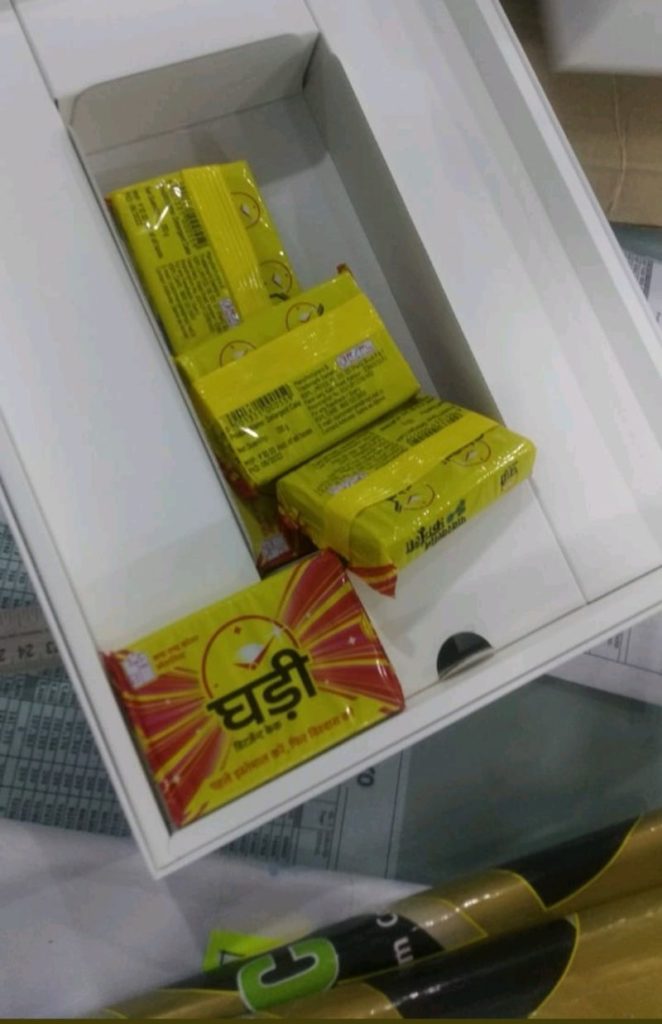 Taking to LinkedIn, he shared the entire ordeal and wrote that the online giant is now blaming him instead.

“Flipkart sent detergent in place of a laptop but their customer support is only blaming me. Despite CCTV evidence. I purchased a laptop during the #bigbilliondays sale for my father.”

Like many other customers, Sharma’s dad was unaware of the ‘open-box’ delivery concept and shared the OTP with the delivery guy without inspecting the parcel first.

“He was unaware of “open-box” delivery concept (if you don’t know what it is, yes, most people in India are not familiar with it yet). Open-box means he was to give OTP to delivery boy only after inspecting the laptop. He assumed OTP was to be given upon receiving the package – as is usual for prepaid deliveries – so he gave it when the box was delivered. I have CCTV proof of delivery boy coming and going without box being inspected. And subsequently the unboxing revealed no laptop inside.”

When he raised his concern with Flipkart’s customer executive, Sharma was told that it was his dad’s fault for giving the OTP to the delivery guy without inspecting the parcel first.

“Despite this, Flipkart’s seniormost customer support executive says: No return possible. Your father shouldn’t have given OTP without checking the laptop. This is our final stance. This matter cannot be escalated further. My father’s fault is that he assumed the package – coming from a #flipkart assured seller – will contain a laptop and not detergent. Why couldn’t the delivery boy inform the receiver about open box concept before asking for OTP?”

It’s definitely difficult for any middle-class family to brush the matter under the carpet and forget about the huge sum of money they’ve spent on buying the laptop. Hence, Sharma decided to fight further.

“Posting this as my last attempt at resolution before I approach the consumer forum. Middle-class Indians cannot simply absorb a laptop worth of loss very easily. Please amplify!”

After his post went viral, Sharma finally got a response from Flipkart who agreed to refund his money. Sharing the update on his case, he wrote:

1) I again connected with the delivery boy who clearly stated that he himself wasn’t aware of the open box concept and acknowledged that the package was not inspected in front of him.2) A relative filed a complaint at the local police station with relevant proofs.

3) The Flipkart team contacted me to inform me that a refund has been processed, although I haven’t received it yet.

I will avoid deleting this post because I think it could continue to educate individuals about the open-box concept. Further, various comments have interesting details on possible recourse options as well as other surprising issues faced by e-commerce customers.

Thank you to everyone who gave suggestions and others who helped by amplifying. My apologies if you made a meaningful recommendation and I did not respond – I’m just a student who’s super tight on time. Thanks again!

Some also backed Flipkart stating that they were clear with their ‘open box policy’. 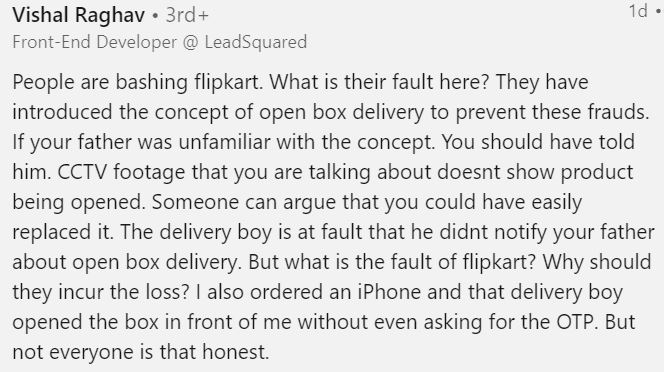 Such incidences have become common in the current times. What do you think should be done to avoid getting in such tricky situations?

UPDATE: Flipkart reached out to us with more details from the incident.
Upon verification, their customer service team initiated a refund which is expected to be credited to the customer’s bank account in 3-4 days. They also highlighted their ‘Open Box Delivery Option’ where the delivery partner opens the product at the time of delivery, in front of the customer. The customers can verify if their orders are intact and then share the OTP.
📣 Storypick is now on Telegram! Click here to join our channel (@storypick) and never miss another great story.