This Sunday, ‘Game of Thrones’ will begin its antim yatra and, by the looks of it, end it with a bang. Fans are both excited about the what’s going to take place in Westeros and angry about the fact that spoilers for Episode 1 have leaked. And the buzz around Season 8 is so high that the show’s iconic theme ended up shaking the streets of Mumbai.

Maharashtrians gathered on streets of Mumbai, dressed in their traditional attire, to celebrate Gudi Padwa. And after grooving to a few regular dhol-tasha beats, they made every ‘Game of Thrones’ fan go “yaaay!” by playing a desi version of the iconic opening credits theme. 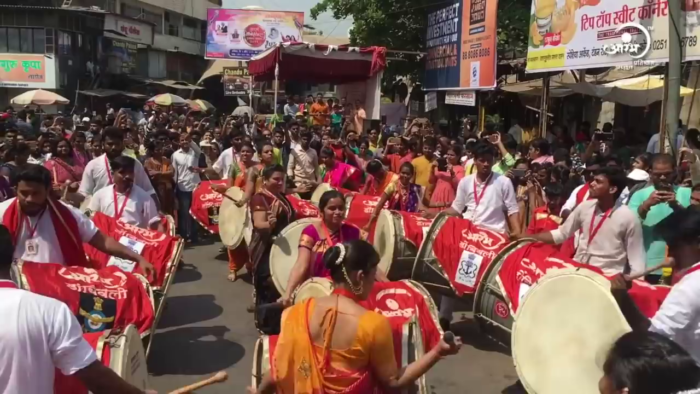 The theme was played by a group of musicians known as the Aarambha Dhol Tasha Pathak. And while they were undoubtedly excited to play it, the smiles on the faces in the crowd said it all.

Netizens who weren’t able to watch the event live enjoyed it via their mobile devices and expressed their love for this rendition of the ‘Game of Thrones’ tune.

This is obviously not the first time that someone has made an Indian version of the ‘Game of Thrones’ theme. Tushar Lall has re-imagined it with the piano, tabla and flute. And another band called the ELTC has made a dhol cover during Ganesh Chaturthi. But Aarambha’s iteration will probably hold a special place in the heart of many fans because it marks the beginning of a new year and the end of ‘Game of Thrones’.