Delhi: 2 Confess To Murder After Cops Say Crime Was Captured By ‘NASA’ Cameras

We have come across many stories of how the police and investigating officers cracked a case using ingenious ways. For instance, how wrong spellings helped UP cops catch a murderer or when the Mexican police caught a robber with the help of the DNA left after he slammed his face at the door. And now, the Delhi Police solved another murder mystery through an unusual confession.

As per a report in HT, on April 5, a murder came to light when Delhi’s Mangolpuri police station received a call regarding a man lying injured in a park near Outer Ring Road. Upon reaching the spot, the police team found that the man had been bludgeoned to death. A case of murder was registered and the body was moved for post-mortem examination at a mortuary.

The 35-year-old victim was identified as a resident of Mangolpuri named Chandarbhan. Deputy commissioner Parvinder Singh said, “During preliminary investigation, it was revealed that he was last seen with two men on a motorcycle. Several people were questioned and CCTV footages were checked and finally, our teams managed to identify the duo as Pradeep and Raju, both residents of the same area. But when they were detained for questioning along with other suspects, they refused any involvement.” Both Mangolpuri residents, 32-year-old Pradeep worked as a private company’s sales agent and 35-year-old Raju worked as a daily wage painter. 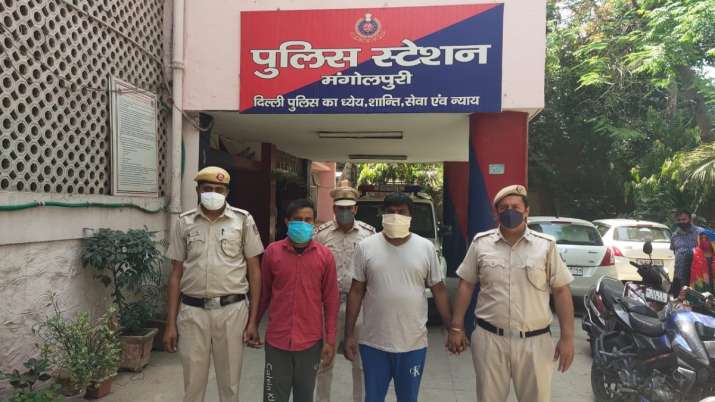 There being no eye-witnesses to the crime, the DCP said that the police team was headed towards a dead-end. He then revealed, “Our teams rechecked the inputs and sequence of crime and when it was established that these two were definitely involved in the crime, they were told that the area in which Chandrabhan was killed is under continuous surveillance of NASA’s satellite cameras and that their entire act has been recorded.”

Thinking that now they’ve been caught, the 2 accused allegedly confessed to having committed the murder. The DCP concluded, “It seems Chandrabhan used to often abuse them whenever he consumed alcohol. To teach him a lesson, on April 4, they took Chandrabhan to the park on the pretext of consuming alcohol. Once he was inebriated, they warned him to never abuse them again. This led to a fight during which the duo used stones and bludgeoned him to death.”

What do you think of the police’s clever tactic? Tell us.