This dialogue that was popularised by the movie ‘Hera Pheri’ has proved appropriate for television actors and couple Debina Bonnerjee and Gurmeet Choudhary.

That’s because they have been showered with happiness again. The couple who shot to fame after they played the role of Sita and Ram in the TV recreation of the epic ‘Ramayana’, welcomed their first child, baby girl Lianna Choudhary just four months ago.

Well, they are blessed with another surprise as Debina is going to be a mommy again. Taking to Instagram, the couple, along with their little daughter posted a picture of Debina’s sonography film that shows that she is pregnant again. Captioning the lovely family pic, the couple wrote:

“Few decisions are divinely timed and nothing can change that…this is one such blessing..coming soon to complete us.”

This happy news was welcomed with open arms as celebs and fans alike congratulated the soon-to-be parents of their second child. 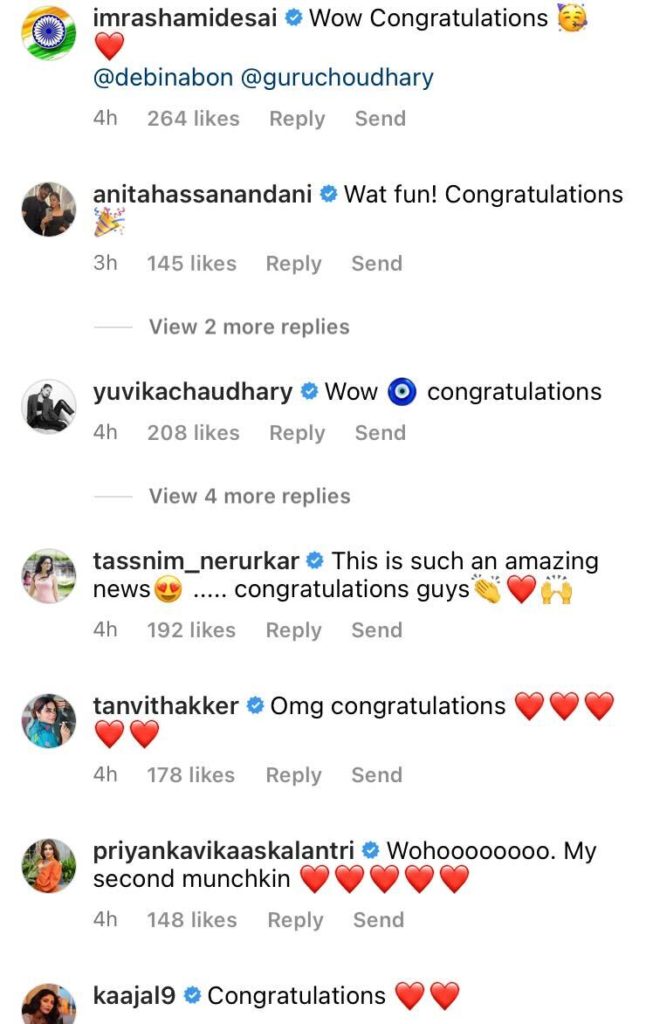