44-YO Man Looks For 18-25 YO Female Roommate Willing To Share Bedroom, Says ‘No Male Friends’

More than looking for a house, finding a roommate who matches our level of weirdness and also acts as our guardian angel in our lows is the most difficult task. But in the hunt for that gem of a person, we often come across some stones that make us facepalm real hard. 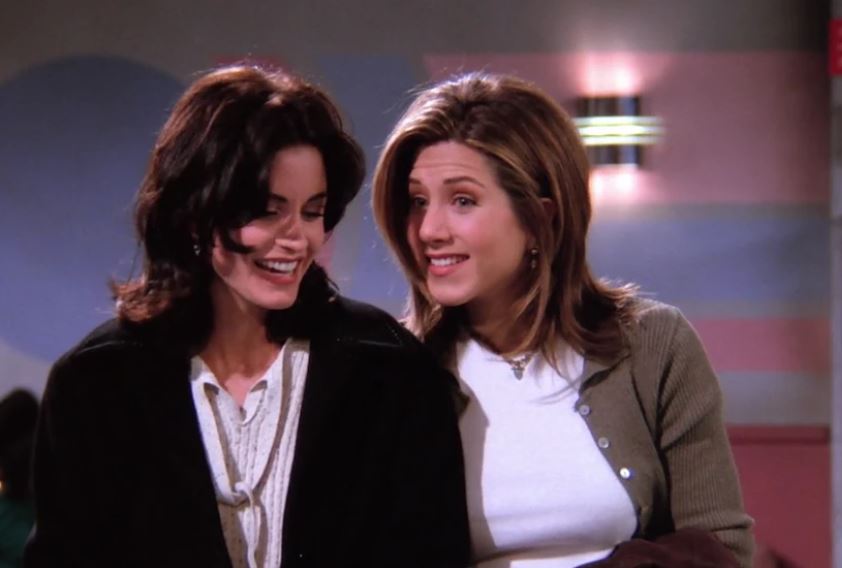 Talking of these ‘mahaan’ people, we came across an ad posted by a person looking for a roommate. It was Twitter user @DevinDonuts who found the advertisement and shared it on her profile so that all of us can collectively say that it’s creepy AF.

The ad is posted by a 44-year-old man looking for a single female roommate for his one bedroom apartment who is between 18-25. The person goes on to highlight that his prospective flatmate should be comfortable enough to be able to share the bedroom. Moreover, the house has a ‘no closed doors’ policy, apparently for safety purposes. 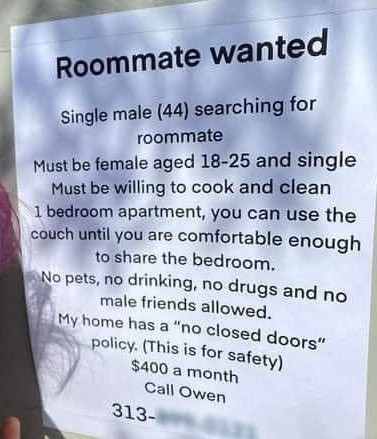 Everything written on the ad seems questionable and rather strange to me. This is what people online think of it.

He probably wanted to be in the new episode of Worst Roommate Ever https://t.co/nNEpauIQRQ

we need a documentary on men like this I want them psychoanalysed https://t.co/07y2AL302g

this is indian arranged marriage minus that couch part and age part varies😅 https://t.co/dlnaKEGJ4M

Why you blur out the number I had a few things I wanted to say to Owen https://t.co/Q0rcRGK9tP

How guys be so bold to be saying stuff like this and think it's ok? https://t.co/IHyOTVBtUK

Choosing a roommate is not a piece of cake. Trusting them is quite a task. People put up advertisements to find a good roommate so that they can have an easy life with someone who is accomodating.
What did you think about this unusual #advertisement?
An Interesting Thread. https://t.co/UaYP7efLqT