One of the biggest tragedies experienced by the human race is the Transatlantic Slave Trade of African natives to Europe and America. The kind of assault, abuse, and torture that the victims of the slave trade faced is unforgivable and unforgettable. Even though the slave trade might have come to an end, African natives and descendants living in America and Europe continue to face extreme forms of racism.

Which is why, when one interracial couple decided to have a slavery-themed pre-wedding photoshoot, people online were shocked. According to Times Now, pictures from the photoshoot went viral where a man of colour is seen in chains, kissing the hands of a white woman amidst what looks like a sugar plantation – a startling reminder of slaves being forced to work in unimaginable conditions in sugar plantations across America in the past. 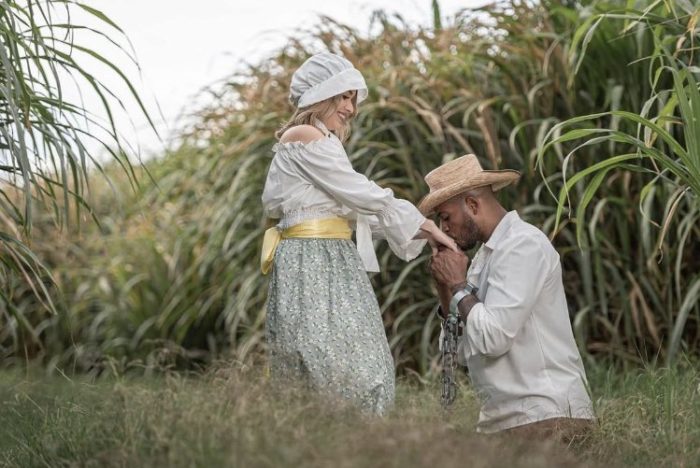 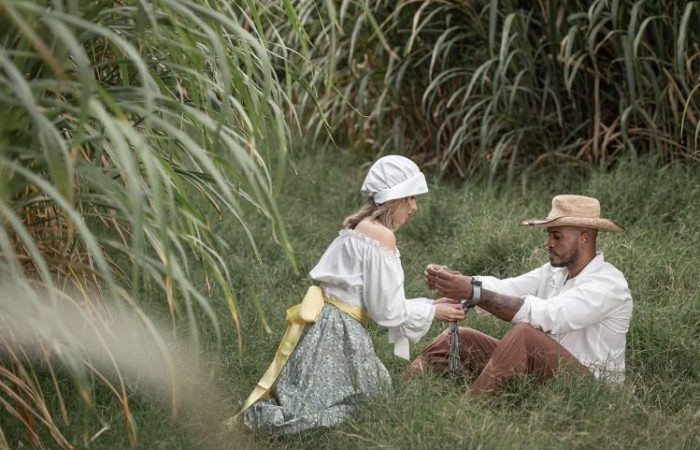 While the user who posted these pictures on Instagram cannot be traced, the caption read, “He was no longer a slave, he was part of the family.” 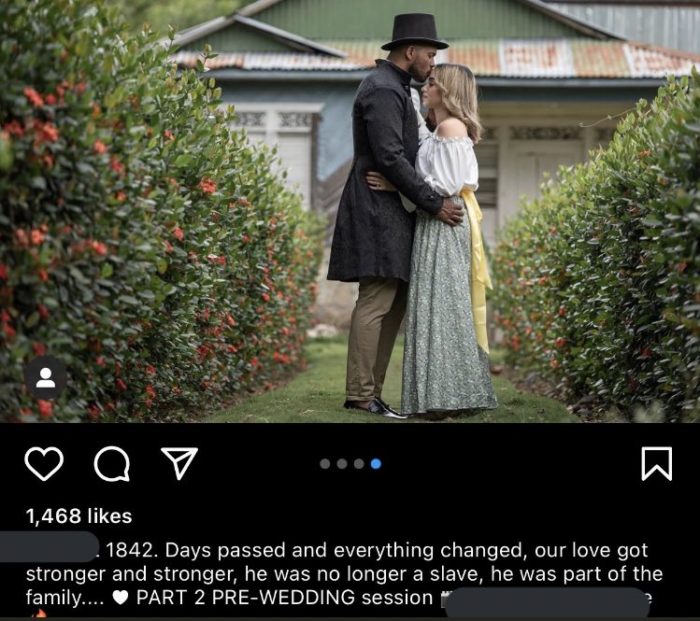 Screenshots of the post were shared on Twitter. As the tweet went viral, several people online condemned the couple for the downright “racist” photoshoot and for being terribly insensitive to people of colour.

To see people romanticize this shit is infuriating – these people are too much. There is no such thing as slave consent and the sexual abuse of male slaves was real.

On behalf of White women. I’d like to apologise for this, assure you that the majority of white woman would not agree with this behaviour & finally ; Is there some way I can change my race to not be associated with this in any way?

And what photographer would take a job like this? I seriously just can’t get over how this actually happened and the number of people who must have said “slave pics? Ooo, sounds great!” along the way.

I wonder what makes some BM become this much of pathetic 🦝s. Lack of father figure? All white social circle?Low self respect? White people on a pedestal? All of the above? https://t.co/sn9UWVQuiu

This has set black people back at least 50 years https://t.co/zBc1da4m74

I think this is about the most disgusting thing I’ve seen on this App…ever! pic.twitter.com/zcixJH4leL

“He was no longer a slave, he was part of the family” pic.twitter.com/BgGwgIBbl2

I hope his momma and gram gram stopped talking to him after this came out. I hope these pictures get brought up at his next job interview like “ok so tell us what you were thinking here..”. I hope all black barbershops banish him to super cuts for the rest of his natural days.

What do you think of this photoshoot? Tell us.