Monsoons are finally here! And, so are some of the issues that come along with heavy downpours. Many cities in India face waterlogging, flooding of streets, amongst other things during the rainy season.

Speaking of which, a local Corporator recently entered a manhole to clear garbage from a rainwater drain in Mangalore, reports News18. Manohar Shetty, who is from Kadri South, decided to take the action after a stormwater drain began to overflow with garbage, leading to traffic problems and creating problems for pedestrians. 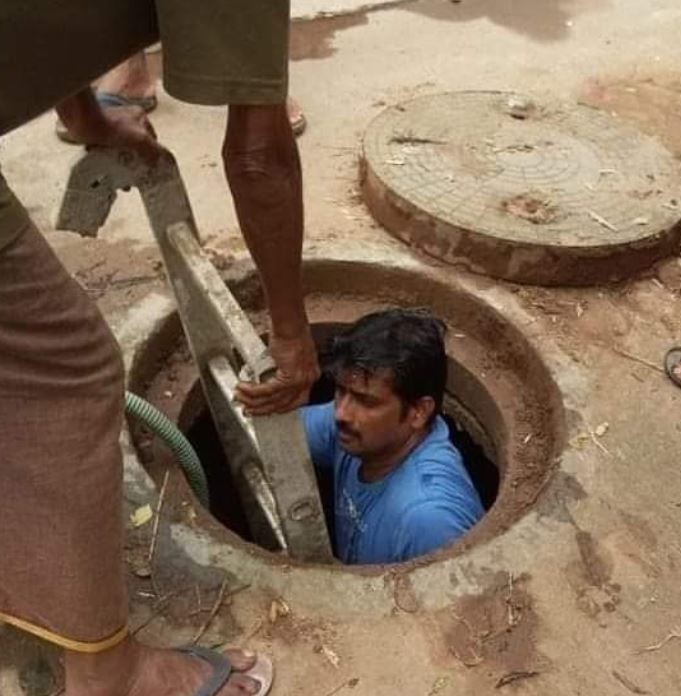 But why did he do the job himself? Well, after repeated attempts to clear the drain failed, Shetty had called laborers to do the task. However, they refused to enter the manhole, citing the dangers in doing so especially during monsoon.

After that, he ordered the city corporation to send a vehicle fitted with a high-speed water jet to help clear the drain. He was quoted saying, “I requested the jet operator to go inside the stormwater drain and try to clear the clogged pipe. He refused to do so claiming that he was not authorized for that kind of a job.”

“The situation was getting worse. No one was ready to enter. Then, I decided to enter the manhole and clean the clogged pipe.”

As the corporator entered the manhole himself, four of his workers followed suit. Shetty said that the manhole was about eight feet deep and it took them half a day to clear the garbage stuck inside. They had to use torches as it was pitch dark inside. He added,

“We can’t force poor people to enter a manhole to clean the pipes for us. If something goes wrong, who will take responsibility? Which is why I decided to do the job myself. We can’t depend on officials for everything.”

Hats off Kadri-Kambala ward corporator #manoharshetty sir . You are an inspiration . 🙏🙏💞

* He entered a manhole himself to fix a clogged pipe. The corporator said it was his duty to fix the issue and would do it again if required . *https://t.co/CrXbVNy3NH

However, after his photos went viral, the first-time corporator said that he did not enter the manhole for publicity but because it was a part of his duty, reports India Today. “We are elected representatives. If we can do something quickly, we must do that,” he added. Shetty even mentioned that he would definitely repeat his actions if the need arrived.

Manual scavenging without wearing safety gear is life-threatening in every way. So, it is important that we find alternatives for sewage cleaning instead of putting lives at risk. Kudos to the corporator for understanding the laborers’ concerns.