Time and again, we have seen cops going far and beyond their line of duty. By feeding the homeless people with their own hands and wading into neck-deep water to rescue people, they have set the right example for all of us.

Recently, a traffic constable went way too far to do his duty. In a CCTV footage that is now doing rounds on the internet, an on-duty traffic constable, identified as Mahipal Singh, can be seen being dragged on the bonnet of a car.

#WATCH An on-duty Delhi Traffic Police personnel in Delhi's Dhaula Kuan dragged on the bonnet of a car for few metres after he attempted to stop the vehicle for a traffic rule violation. The car driver was held later.(12.10.20) #Delhi pic.twitter.com/R055WpBm8M

According to a report by The Indian Express, he was dragged by the hatchback driver when he tried stopping him for violating traffic rules. The police personnel flagged the vehicle owner for using a fancy number plate. However, when he tried to flee the spot, Singh jumped on to the car. After being towed for around 400 meters, he fell on the busy road, narrowly escaping being run over by other vehicles. 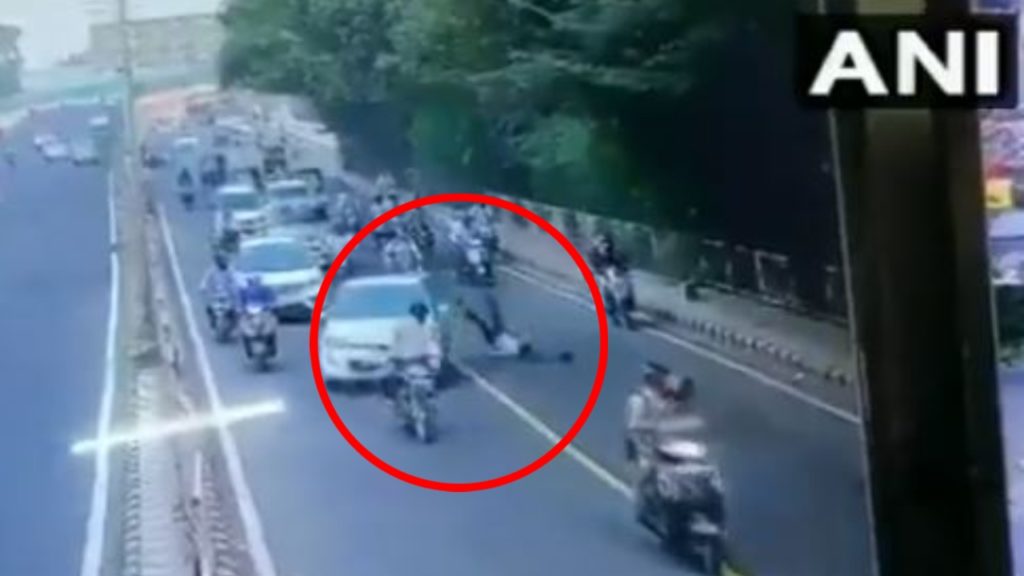 The bizarre incident took place on Monday in south Delhi’s Dhaula Kuan area, reports Mid-day. But thankfully, the unruly driver, identified as Shubham hailing from Uttam Nagar, was soon arrested. He was charged with obstructing, hurting the cop, and wrongful driving under the respective traffic laws.

People online condemned the driver’s actions. Some also applauded the cop for his dedication.

Why are people from Delhi so violent, uncivilized, arrogant

The driver who dragged the Delhi Traffic Police on his car bonnet must be charged with attempt to murder. His traffic violation too is confirmed by his stupid act of dragging. The car driver's license should be suspended forever as we can't have insane drivers on public roads.

@dtptraffic The perpetrator should be given exemplary punishment my the courts. Hope the traffic constable is in good health. Salute his bravery.

Horrible. Hope the cop is doing well. @DelhiPolice Pls make sure this man spends rest of his life in jail

It's a shame for the people and what is the safeguard for our hardworking police personnel. Do we take any action. How many instances happen everyday across the country. Do we learn to stop such instances

The constable deserves wholehearted appreciation, wish everyone in the administration including politicians have similar work ethics. The driver must be thrown behind bars for a long period of time.

I still believe that such heroics are unwarranted for, as a simple noting of the number plate, online challan & sounding an alert would have more than sufficed as an adequate action.
I believe its a stunt/ruse to catch a promotion, media glare & shows a vindictive cops nature.

So strange that the scooters, bikes, cars around it continued driving. No one stopped or slowed down even to help the cop.
Delhi is full of heartless people.

Well, people need to realize that breaking rules will have repercussions. How insensitive of the driver to drag the cop like this, risking his life. Ek toh chori, upar se seena zori!