Home Entertainment Thanks To Zee Café, You Can Now Watch 6 Seductively Complex British...

There’s no denying this fact. And with digital content being available 24×7 at your fingertips, you’re spoilt for choice. But more often than not, you end up watching an average or below average show/movie. Why? Just because nothing else was available! 😐

But worry no more, because the below mentioned British shows have gritty characters and highly enthralling storylines that leave you both #ShakenAndStirred! And the unusual fact about 6 of the shows is that they’re coming to India for the first time courtesy BBC First on Zee Café (yes, that’s right; streaming apps 0, TV 1). In addition to these ‘exclusive-on-TV-first’ shows, there’s also McMafia!

So here’s the deal: British dramas come with real characters, unpredictable plots, amazing cliff hangers and jolting twists! If you’re new to this world, here’s how you can add a Brit of drama to your TV viewing with #BBCDramasOnZeeCafe

What makes ‘Brexit: The Uncivil War’ different – It is 92-minutes of mind games and strategies employed to awaken a hitherto silent voting group and potentially change the UK’s political scene forever. The dilemmas of legality and fairness of the campaigners of the referendum will tease your grey cells.

Why you’ll love it – It is based on a true story and the protagonist is essayed brilliantly by Benedict Cumberbatch. Since Brexit is a hot topic all around the globe, a front seat to all the behind-the-scenes drama is what you need.

What makes ‘McMafia’ different – It is not just a family’s power struggle but a seductively complex maze of Russian drug lords, Mexican cartels, Indian cybercriminals, money laundering and sex trafficking. It shows how a Russian family replicated the franchise model of McDonald’s and built a criminal empire.

Why you’ll love it – Our very own Nawazuddin Siddiqui’s stellar performance and James Norton (the crime family’s son) whose role is a subtle nod to Michael Corleone from ‘The Godfather’.

3. History and politics – Explore post-Napoleonic France through the eyes of an ex-convict!

What makes ‘Les Misérables’ different – Through 6 episodes, the story reveals a world filled with poverty where the protagonist was forced into crime. How will this reformed criminal gain redemption and a better life?

Why you’ll love it – It is an adaptation of Victor Hugo’s classic novel and screenwriter Andrew Davies has lent depth to the characters who are emotionally engaging. In addition, the imagery of Paris of that era is spot on!

4. Family politics – Don’t knock this psycho-thriller until you’ve seen it!

What makes ‘MotherFatherSon’ different – This isn’t the run-of-the-mill family drama but a mystery that unravels throughout the series with a backdrop of British politics. The very last episode has a major twist that we will not spoil.

Why you’ll love it – Strong characters played by Richard Gere, Helen McCrory and Billy Howle and a gripping account of the dark underbelly of the media industry. 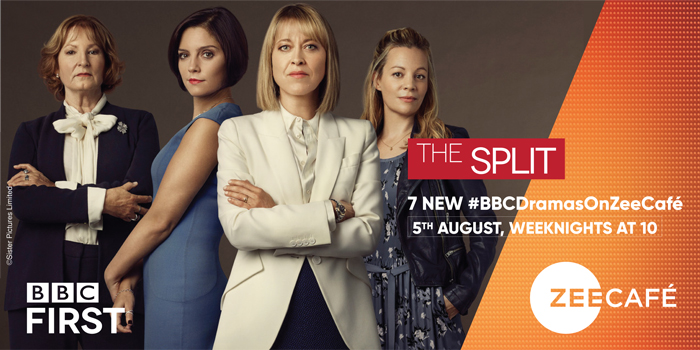 What makes ‘The Split’ different – The high-profile world of law is seen through the lens of the DeFoes, a family of female divorce attorneys instead of their male counterparts.

Why you’ll love it – It shows women in a powerful light, thriving in a hitherto male-dominated industry. The show smoothly transitions between office and family politics to take us through the lawyers’ personal and professional travails.

6. Journalism and politics – Explore the various facets of the print media!

What makes ‘Press’ different – A no-holds-barred peek into the workings of a newspaper where the journalists are facing declining sales and the dilemma between success and righteousness.

Why you’ll love it – Tom Vaughan’s direction and Mike Bartlett’s screenplay is fast-paced and intriguing. The question of journalistic integrity is touched upon brilliantly making it relevant to viewers.

What makes ‘Our Girl’ different – We get to see Lance Corporal Georgie Lane posted on a humanitarian mission in Nepal. Actress Michelle Keegan beautifully depicts the protagonist’s character amidst the war-zone and its mayhem. She also takes on the role of mentor for Private Maisie Richards and their chemistry is amazing.

Why you’ll love it – The third season of the super successful and hard-hitting drama is split into 2 parts – The Nepal tour with 4 episodes and the Nigeria, Belize and Bangladesh tours with 8 episodes. So, there are relief missions and covert operations to keep you on the edge of your seats.

6 of the 7 riveting British dramas are coming to India for the first time exclusively on TV (before streaming apps!) courtesy Zee Cafe’s BBC First.

Conflicts are integral to these dramas and they’re what leave you not just shaken but stirred! Because only when the lines are drawn can they be crossed and only when the rules are understood can they be broken! So, starting August 5, don’t forget to tune in weeknights at 10 pm for a truly immersive and captivating experience.

Subscribe to Zee Prime English Pack for the best of Hollywood hits on &flix, premium nuanced cinema on &PrivéHD and the latest dramas on Zee Café at a very attractive price of INR 15/- per month for SD and 25/- for HD.