Fried-rice is sacred. And you do not mess with sacred dishes. However, with so many people coming up with bizarre food combinations, like Nutella Biriyani and Red Sauce Pasta Dosa (Yuck!), it wasn’t long before this sacred dish was turned into something that can be called…Ummm, what’s the word? Yes, A BLASPHEMY!

A street food vendor in Vadodara who runs an eatery called ‘Bhau Omelet Centre’ makes ‘Cola Egg Fried Rice’ – which is basically fried-rice but with 30 eggs, Coca-Cola, and cheese! A video of him cooking the dish from scratch was posted on Twitter by the channel ‘Aamchi Mumbai’. Have a look:

Here’s a closer look at our beloved fried-rice getting soaked in Coca-Cola: 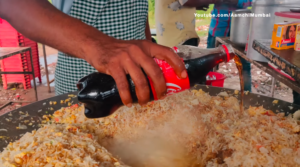 And here’s the fried rice getting covered in cheese: And here is what my expression looks like right now:

People on the internet cannot get over the fact that they saw someone pour Coca-Cola into fried-rice and they could do nothing! Here’s what they said: 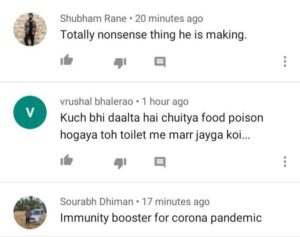 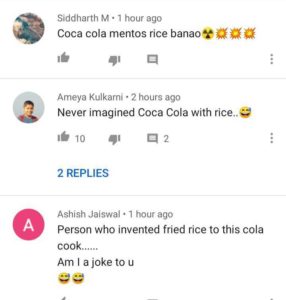 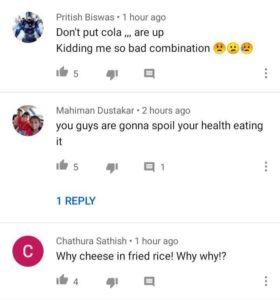 “Hello Sir, I have a crime to report!”