Operation Shakti: When India Caused One Of The CIA’s Biggest Intelligence Failures In History

Even as civilians we are able to watch closely our buildings and roads look on Google Earth today. It is basic satellite imagery and obviously we are fascinated by it.

The year is 1998, and CIA’s satellite image grabbing techniques were so advanced that they could easily take a clear picture of a person’s wristwatch showing the time.

Back then, India did not have the influence in World Politics as it does now. America was coochie-cooing with Pakistan and Pakistan was insecure about India’s foray into nuclear weapons.

In 1998, India was getting ready to test its nuclear bombs the second time since 1974, and the CIA was monitoring each and every move.

Unlike the mountains in Pakistan, India’s nuclear test site was in Pokhran – a plain desert with no natural structures to offer cover from spying satellites.

India knew that it had to be extra careful about keeping the secrecy. The secrecy would have to be absolute because the CIA also had many spies within the government.

And that is why India took the help of the Indian Army in this matter, specifically the  58 Engineer Regiment

The sites would have to be prepared thoroughly for the nuclear testing, and that would mean moving trucks and construction equipment on the ground – something satellites can easily spot.

That’s why they did dummy exercises – FOR ONE AND A HALF YEARS. So, when the real exercise began, CIA thought it was routine!

The civilian scientists like APJ Abdul Kalam never ever traveled to Pokhran with another scientist. They always traveled alone and always in military uniform

The military uniform would make spies think that they are regular military officers, and not civilian scientists. They never moved in groups.

Work was done only at night. Equipment like trucks and drills were kept back in their original places by sunrise. The tire tracks were also removed by daylight

The preparation was meticulous. The shafts that were dug out for the underground test were also covered by camouflaged cloth and the electric wires and cables were covered with sand and native plants like small shrubs. 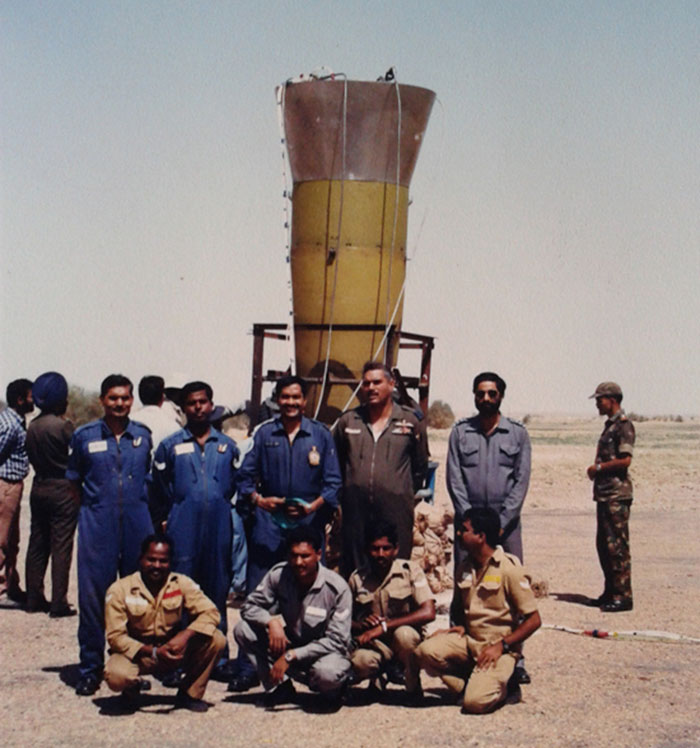 Code words like Taj Mahal and Kumbhakaran were also given. All the civilian and senior military officers also carried codenames. At one point it became so complicated, that conversations froze!

The team also did dummy tests. After each day of dummy testing, the Indian Intelligence agencies would listen for chatter, and stay alert.

They would be relieved if they didn’t hear any chatter, and they remained on high alert until the test day.

Finally on May 11, 1998, Indian authorities detonated 5 underground atomic bombs. CIA was caught sleeping and was stunned by how India kept it in the dark

Operation Shakti was a resounding success!

The nuclear tests were successful, and CIA didn’t have a clue that it was supposed to happen, with all their billion dollar fancy satellites and bragged about human intelligence inside Indian government.

India walked into the Nuclear Club with swag and the CIA suffered one of its worst intelligence failures in its history.