Remember Lure Hsu, the Taiwanese interior designer who dazzled the internet with her ability to make time stop? Well, that’s the only explanation we could come up with after seeing the 41-year-old’s photographs.

While I feel like I’ve aged since I saw myself in the mirror this morning, there are some divas around the world who just don’t, no matter how many years go by. And we have another such lady for you.

Meet Yang Dan, a Chinese weather reporter who has stopped the clock for the past 22 years. Yes, you heard it right, time has been at a standstill for this lady because she seemingly looks like she hasn’t aged a day in these two decades.

No guys, I’m not exaggerating when I say this but there has to be a magic pill in the water or an anti-ageing cream in the air of China because looking exactly the same for more than twenty years, that’s a miracle.

A video of Ms. Yang has recently gone viral on Chinese social media which shows her journey over the years. Astonishingly, she looks almost the same now as she did back when she first started in 1996. 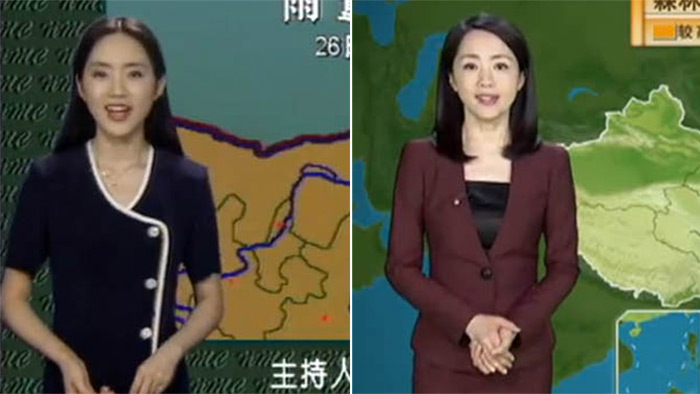 The video was shared by the weather program to celebrate International Woman’s Day, with the caption, “Many web users have grown up watching her show. They marveled why they have grown older but she hasn’t. What’s more? It appears she is younger and younger.”

Yang is now being called an “ageless goddess” and has left netizens all over the world wondering how this could even be possible. Conspiracy theories are cropping up with some claiming that the entire video was actually shot in a single day just with outfit changes. Well, that’s one explanation if you don’t believe mine that there’s a youth booster in the waters of China!

Watch the video for yourself and be ready to be amazed.

People all over the world are crushing over this latest viral sensation, and for good reason!

Well, after seeing her transformation (or lack there of) my life plans are sorted. If the skin care routine I follow now doesn’t work, I’m packing my bags and heading to China. I’m certain there’s a youth elixir there somewhere!