TV actress Chhavi Mittal often takes to social media to share several of her fitness and workout videos. But on one of her videos, a female user accused the actress of not taking care of her children, and focussing more on herself and her work.

The woman commented, “Where are your kids when you are making this video? Yeah maybe with the servants!! Ms So not superwoman #pretentious (sic).”

Sharing the screenshot of the above-mentioned comment, Chhavi responded to the woman in the caption. She penned a long note clarifying that she shot her workout video after finishing her work and putting both of her kids to sleep at 11 PM. She wrote, “This question came on “14 day detox diet” video. Here’s my reply: I shot this video at 11pm in the night, after finishing all my office work, domestic work and after putting both kids to bed, when I got my “me” time. It took me 15 minutes to shoot because I didn’t memorize or prepare anything, I just spoke from my heart. That was your answer.”

She continued, “But the reason to put this comment out here is to ask a question of my own. When will mothers stop putting other mothers down? When will we stop undermining and “judging” working mothers? For all mothers who are asked such questions implying, ‘just because you are working you are jeopardizing your child’s future’, remember, you are doing your best. You are teaching your little girl the importance of being independent, and you are teaching your little boy the importance of women’s independence. And for mothers who are trying to do something of their own while being at home, ditch the guilt, embrace your strength.”

Chhavi then responded to some of the comments on her post: 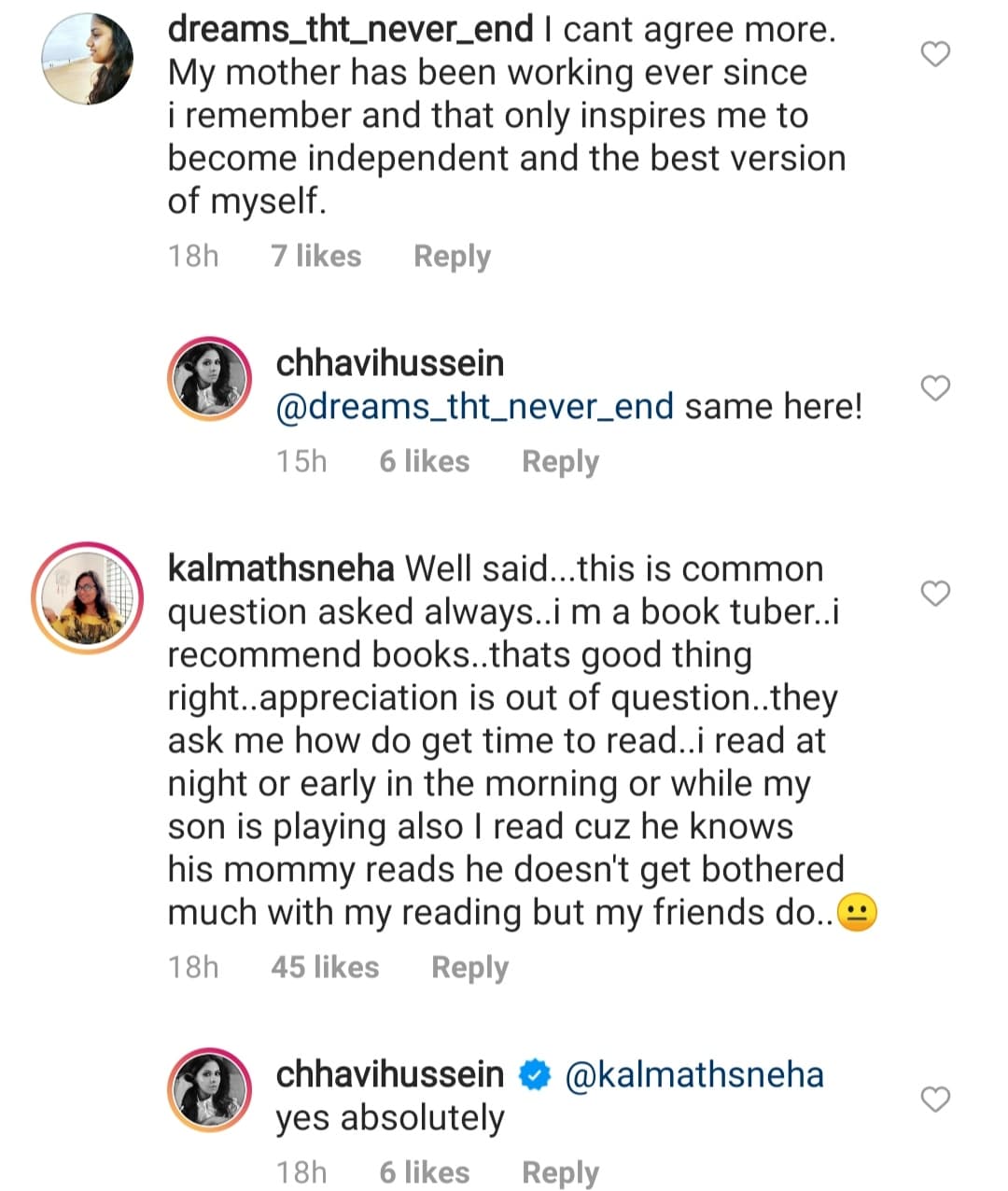 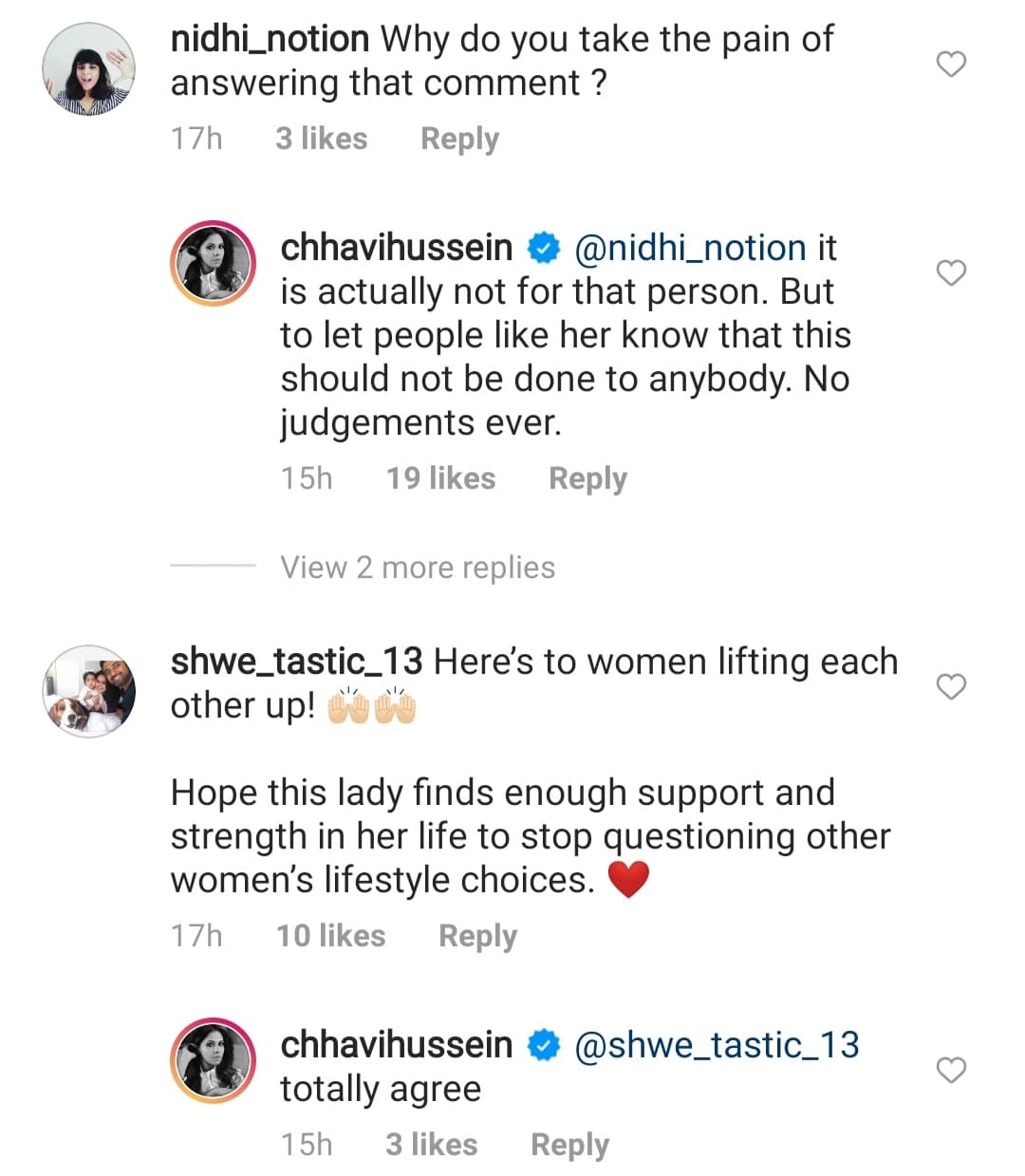 Finally, she thanked people on her Instagram stories for responding well to her point of view. 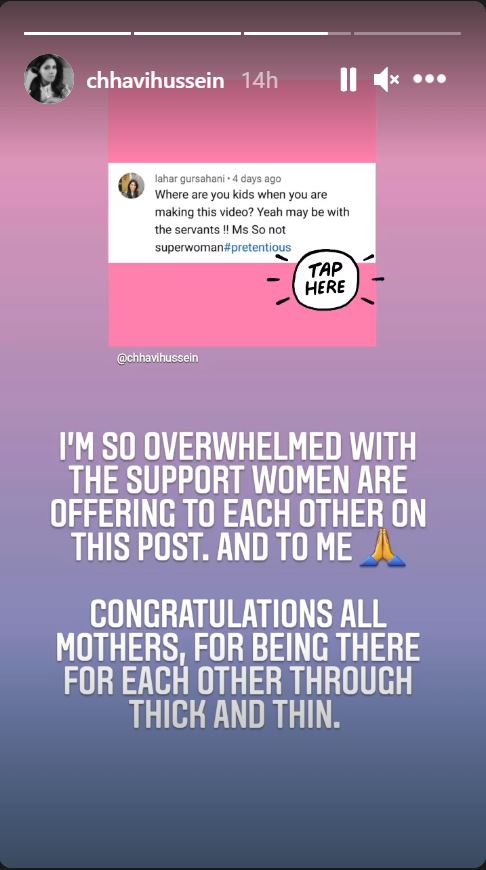 We applaud her for being vocal about the issues working mothers face! What do you think of her views? Tell us.