The internet lost its calm when a perfume company made two advertisements and tried to cash in on women’s fear of getting raped after the male actors in the video insinuated such remarks.

Why is India the rape capital of the world and most unsafe country for a woman! An advert romanticizing gang rape. pic.twitter.com/jD6K3CjJeQ

Can’t find the ad online but here it is, apparently being played during the match. I didn’t see it till @hitchwriter showed it to me

Who are the people making these ads really? pic.twitter.com/zhXEaMqR3Q

In both the above videos, men are seen making suggestive remarks at taking the ‘shot’ and scaring the woman and then running to pick up the perfume bottles.

2nd Ad: Girl scared when 4 men entered room & said to couple that it's now their turn to 'take shot'

It's very clear that makers, actors, writers of 'Layer'r Shot' ad were aware of what they are promoting is rape culture

After the public outcry, the I&B Ministry asked Twitter, and YouTube to take down the derogatory ad circulating on social media.

The bizarre ad not just made people online furious, several Bollywood celebs like Priyanka Chopra and Hrithik Roshan were also enraged by the ad and called it out online too.

This ad is not an accident. To make an ad, a brand goes through several layers of decision making. Creatives, script, agency, client, casting… DOES EVERYONE THINK RAPE IS A JOKE? Revelatory! This brand, the agency that made this ad need to be sued for the filth they’re serving. https://t.co/M3YjbljAYN

What incredibly tasteless and twisted minds it must take to think up, approve and create these stinking body spray ‘gang rape’ innuendo ads..!! Shameful.

Theme – Gang-rape. Gagging after I saw it here on my twitter timeline & wondering if giving them additional publicity is worse. https://t.co/XrWPsQYsQ2

The centre has ordered for the ‘suspension’ of this ad promoting Rape culture from TV et all. That it played out for clearing all filters is sad enough. The makers of the ad, as well as the brand needs to pay a hefty sum to a worthy cause; held accountable even commercially. https://t.co/mX6NDckPAU

Shameful and disgusting. How many levels of clearances did it take for this commercial to be green lit. How many people thought this was ok? I’m so glad that it was called out and now the ministry has taken it down. Appalling! 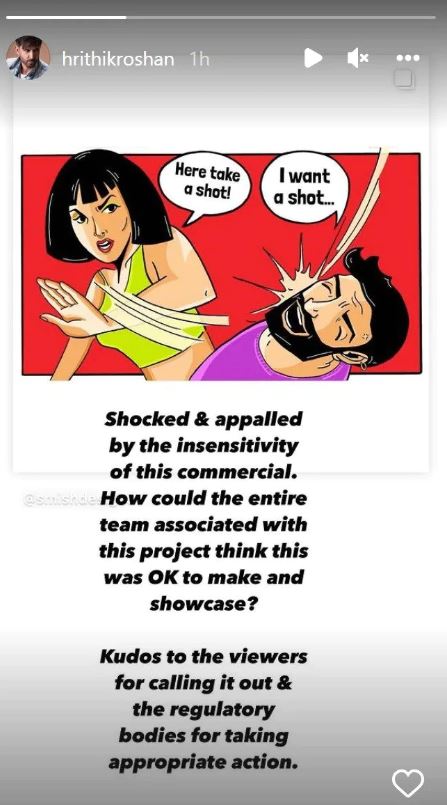 The fact that someone made this advertisement and it got approved to be aired online itself proves how much work is still left. 😒