Sometime back, Rapper Cardi B had received severe backlash on social media for comparing herself to Indian Goddess Durga. And, now the American songwriter is back with a video that has some desi touch to it.

Taking the internet by storm, the 28-year-old shared a clip teasing she had a bigger announcement to make. However, what really caught the attention of desi netizens, was that the retro song ‘Kaliyon ka Chaman’ was playing in the background towards the end of the clip. Yes, you read that right. Have a look at the amusing video:

Whaaat?! Needless to say, many people were surprised to hear the Indian song from the 1981 Bollywood movie ‘Jyoti’ playing in Cardi’s video:

is that 90s bollywood music in the background? 💀 https://t.co/a679ehbsJD

Ok to everyone saying here is the original Bollywood song of 1987 , and many people then sampled it 😏https://t.co/y0yqDLA0mc

Omg an Indian song in the background pic.twitter.com/FAOUTITWzY 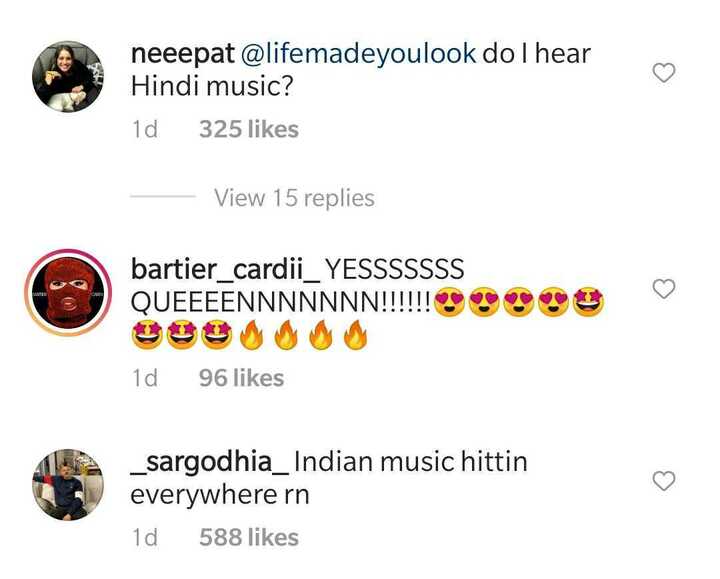 Well, Cardi B is known for her over-the-top music videos. What do you think she has in store for us now? Maybe a desi music video? 😉