Luca Iaconi-Stewart, an artist from San Francisco, is making a perfect miniature replica of an Air India 777-300ER airplane. What’s the big deal, you may ask. The big deal is that he’s making it with only paper and glue!

It took him 5 years, numerous bottles of glue and a great amount of patience. Although it’ll take him 6 more months to complete the whole project, what he has achieved so far makes him the world’s best paper aircraft maker.

The can that started it all. He traced a can of cocoa to make the initial cross-section 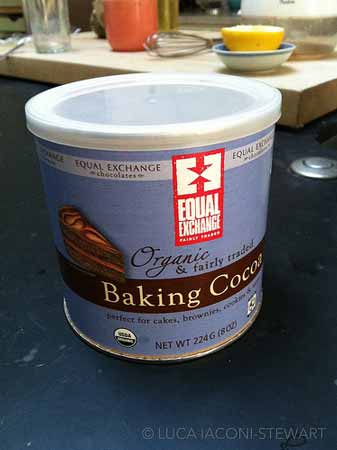 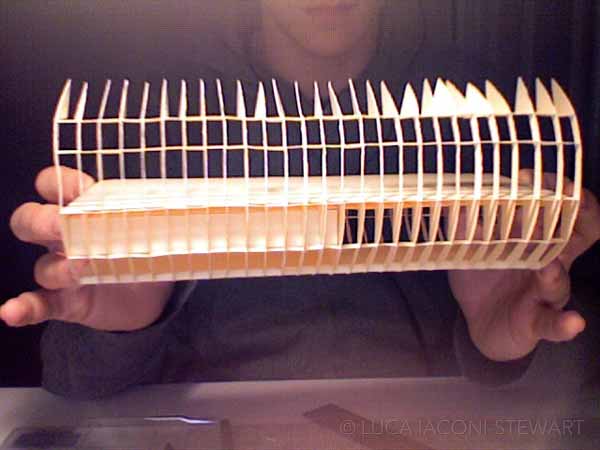 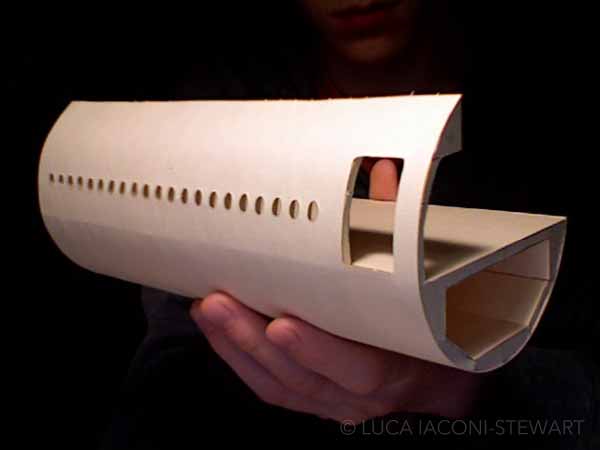 One of the most difficult parts, the nose skeleton 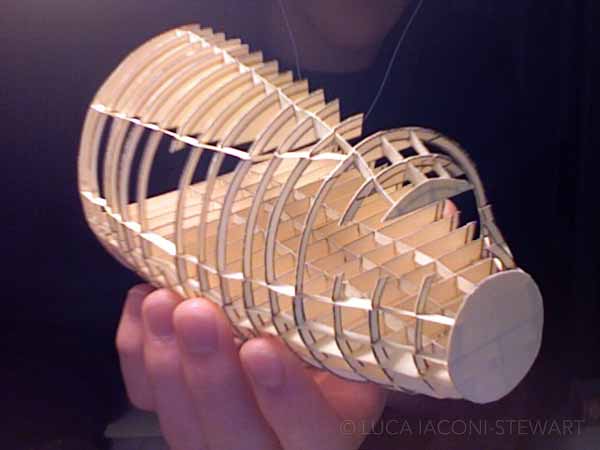 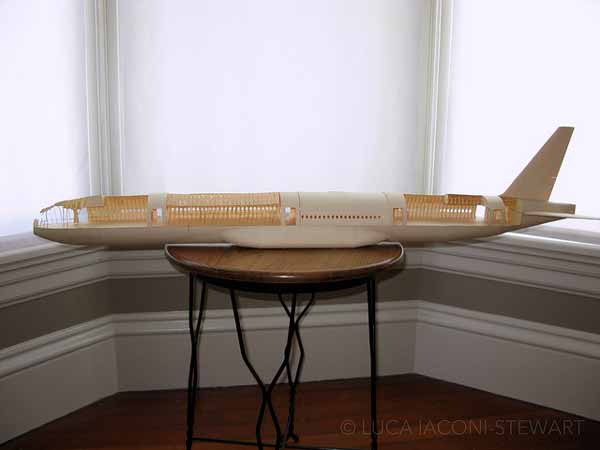 We had the opportunity to interview Luca, here are the excerpts:

StoryPick : What was the inspiration behind the project?

Luca : I am an aviation lover, and have been for many years. In addition, I like to think of myself as a creative type. I took an architecture class in high school and learned to make simple manila folder models of buildings. I wanted to try making something more unconventional and decided that making a paper airplane would be a unique challenge. The project began on a much smaller scale and evolved over time into what it is today. 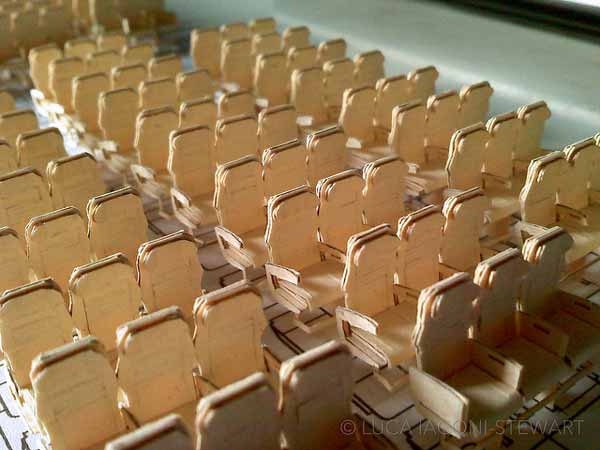 The cabin door crafted to perfection 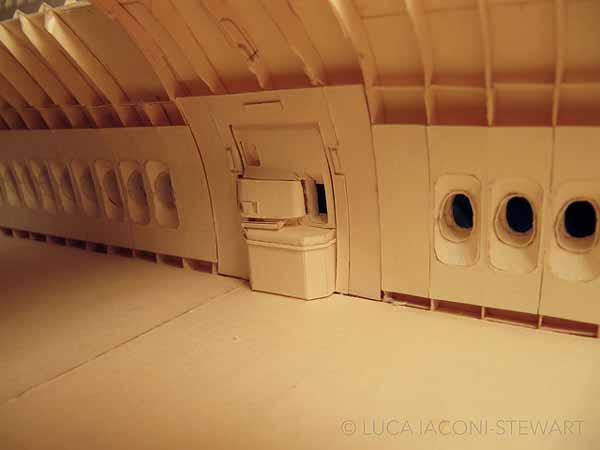 StoryPick:  Why did you choose Air India?

Luca: Despite all the bad press Air India seems to get, I’ve always loved their livery. In addition, a few years back they posted a very detailed seatmap on their site, which made it easier for me to replicate the interior arrangement. The particular airplane I’m building (VT-ALN/Jammu and Kashmir) was featured at the Farnborough Airshow in July of 2008, so there are many pictures available, which has made it easier for me to build. 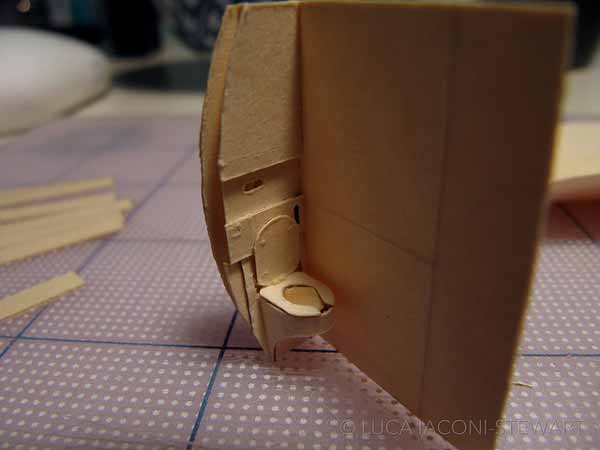 Another beautiful shot of the economy seat installation 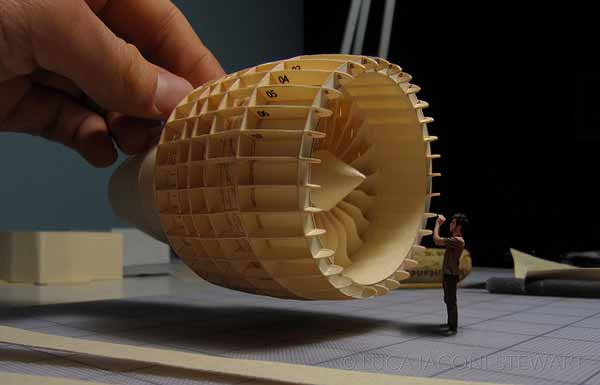 The man and his machine 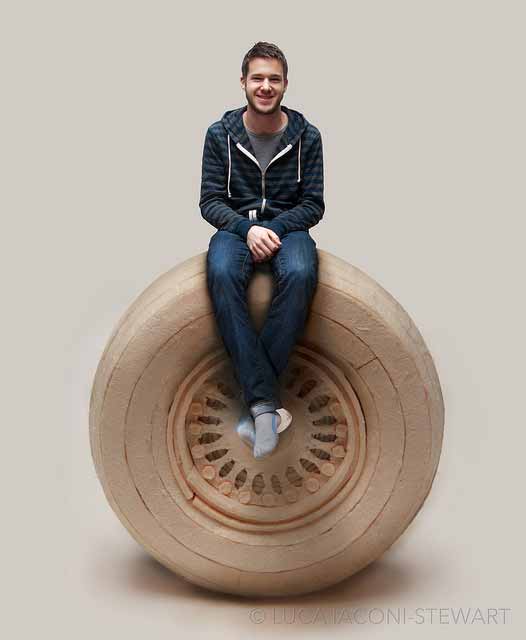 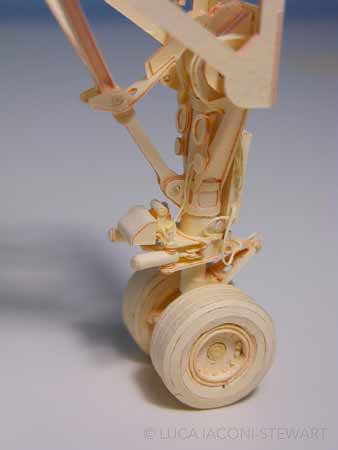 How the door and hatches work

Applying the Hindi title to the right Tailfin 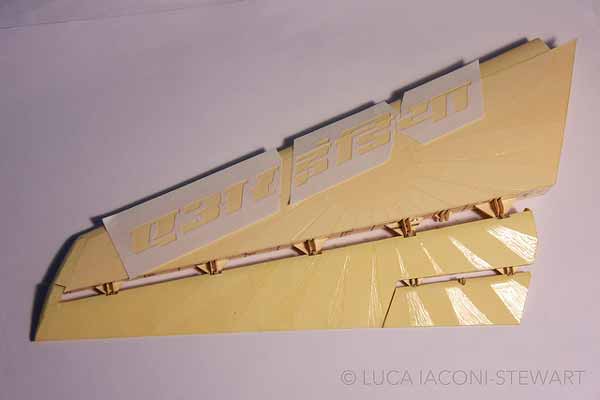 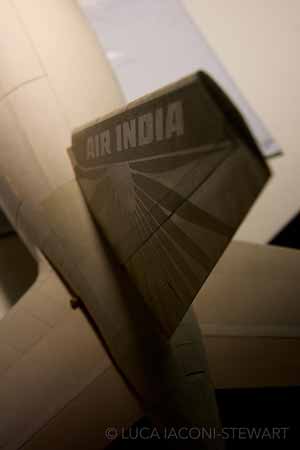 StoryPick: How long did the project take to complete? Is it complete yet?

Luca: I started the project over 5 years ago, but don’t work on it all the time. I went to college for two years as well, and didn’t work on it then. It’s hard to say exactly how much time I’ve invested, but it’s probably close to two years at this point. I hope to have the project complete by the summer—I’ve just started designing the wings, which is the final phase. 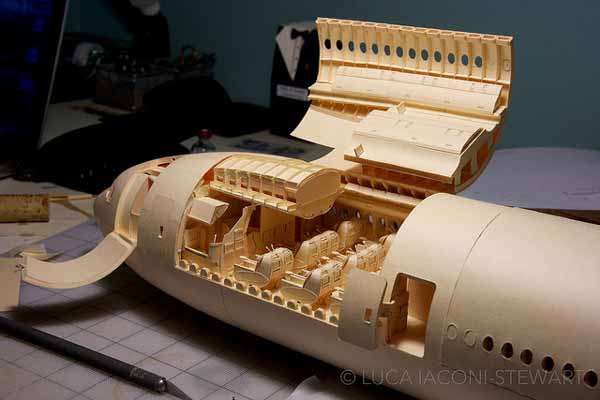 We’re eagerly waiting for the project to complete. We’re sure that the finished model will look amazing.