Brothers Who Split During Partition Met After 74 Years At Kartarpur Corridor, Watch Reunion

We are all aware of the wonders of the internet. It’s now not only a source of information or entertainment, but it has also become an important tool in creating awareness and reuniting people with their lost loves and acquaintances.

Earlier, a Punjab cop’s viral video helped a man reunite with his family in Telangana. Now, another video of the emotional reunion of two octogenarian siblings has gone viral. 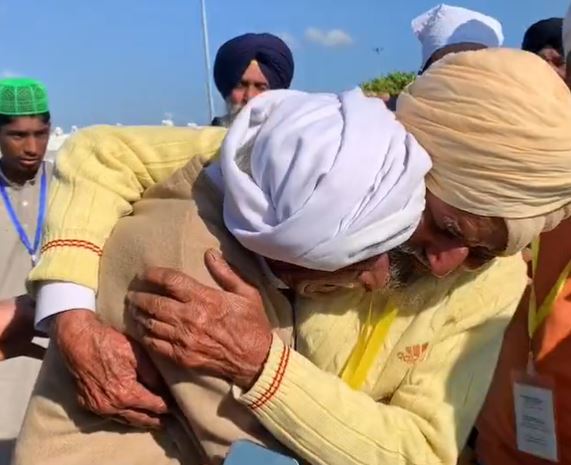 Back in 1947, during the partition of India and Pakistan, a lot of families were split, and among them were two brothers Mohammad Siddiq (80) and his elder brother Muhammad Habib who were divided by borders, reported Times Of India. 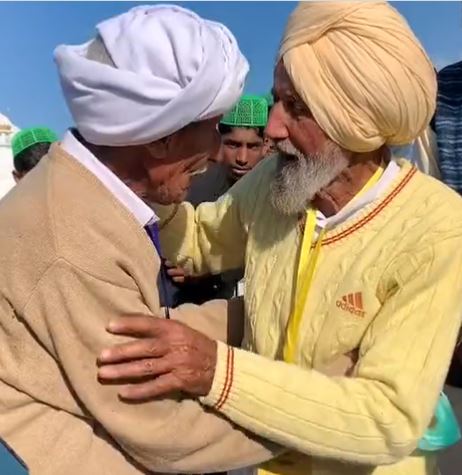 Siddiq, an infant during the Partition, stayed in Pakistan and settled in the country’s Faislabad. Whereas, Habib crossed the boundary and grew up in India. Since then, the brothers never saw each other until they met now, after 74 long years, at the Kartarpur Corridor that connects Gurdwara Darbar Sahib in Pakistan to India (around 5 km inside Pakistan from the border in Punjab).

For the uninitiated, the Kartarpur Corridor was opened in 2019 and allowed visa-free travel from India to Pakistan up till Kartapur, reported India Today.

Videos of their teary reunion have been doing rounds on the internet making everyone weep in joy for the brothers. “Mil ta gaye! (We met after all),” cried one of the elderly brothers on hugging his sibling.

Brothers meet after 74 years because of 1947! #pakistan #punjab

(I admit, I cried) pic.twitter.com/NddUYBHK09

No one could stop tears rolling down their cheeks on watching their emotional reunion and we bet you can’t too.

Emotions run high and tears wouldn't stop from the eyes of septuagenarian brothers who were divided during Indo Pak partition but reunited at Kartarpur Sahib after 74 years.
While keeping aside their bilateral differences India Pakistan have opened #KartarpurCorridor onNov 9,2019 pic.twitter.com/oIO1cSspcM

After a long time, I watched something that really made me a little emotional. Two brothers, one from India's Punjab and the other from Pakistan's Punjab, met in Kartarpur 74 years after they were separated. pic.twitter.com/AIlfPpDEPy

Heartbreaking scene at Kartarpur!
My ancestors also belonged to Ferozepur city of 🇮🇳 & when Punjab was divided into two parts, my grandfather migrated to 🇵🇰. I wish we knew about our family members & we would have met our family members in the same way. 😭#KartarpurCorridor pic.twitter.com/ZXyVnsaQyW

Reunited after 74 years, and a lifetime apart. A beautiful day in #Kartarpur🇵🇰! https://t.co/91Gbr4dsbJ

Beautiful video, love conquers everything, every difference, every problem can be solved with love, hoping for peaceful future between two countries ahead ✨

I can empathise, my father met his sister after 42 years, after 1947, and as expected it was very emotional and moving

And they wipe their tears the exact same way.

Heart touching , tears in my eyes of joy and sadness of partition.

I am in tears.. goosebumps! ♥️

Habib informed his brother he didn’t marry and devoted his life looking after their mother.

We are glad the Kartarpur Corridor was opened. Several separated families would finally be able to meet their relatives at least.