Australian Journos Think The British Should Come Back To Handle ‘Struggling’ India, Watch

Talk about news anchors and you will find several clips of them talking about things that sometimes make no sense. Earlier, desis schooled a US anchor about British Colonization because he thought it did good to India.

Well, here are two other journalists from Australia who not just favor colonization but think that the British Raj should come back.

A video tweeted by ‘Australians for a Murdoch Royal Commission’ shows Murdoch’s commentators discussing British colonialism after the death of Queen Elizabeth II.

The two male speakers, James Morrow and Rowan Dean who work for ‘Daily Telegraph’ and ‘Financial Review’, respectively, made some vile comments that irked many online. 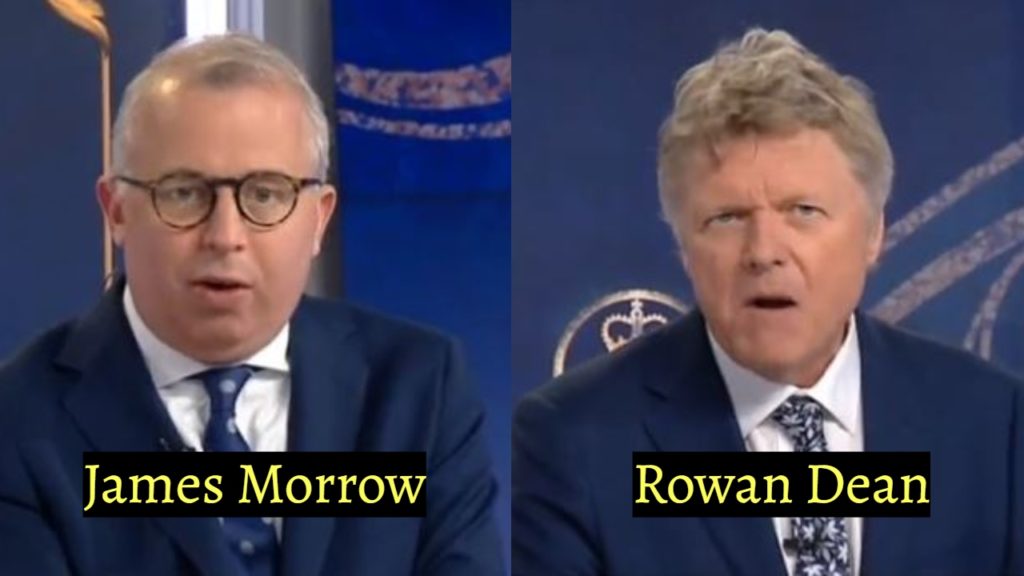 James goes on to say that “decolonization was a bigger disaster for so many countries around the world. It led to so much bloodshed, violence, all sorts of chaos that the empire didn’t cause.”

Adding to this, Rowan says, “It drives me nuts that we educate people that the empire was bad. I am all for it. Let’s start a new movement – bring back the British empire.”

“You look at countries like Zimbabwe, in Africa like Uganda where the decolonization had disastrous results. You look at India and Pakistan which have struggled since the colonial era.”

He added, “It’s fine to say that there were bad things that happened. But look at the rule of law, and the establishment, and look at the opposite that has happened since the British empire withdrew.”

James wasn’t done yet. He goes on to say, “The British empire was a great engine of civilization. And if you look at other empires, no other European power created so many successful successor states to the empire.”

This is vile: Murdoch's commentators are calling for a return to British colonialism. They're pushing to "bring back the British Empire", saying countries like India would be better off under European rule. pic.twitter.com/NghTbBYsCX

Twitter obviously had a lot to say about their controversial statements. This is how they gave these journos a piece of their minds:

This is what they say in order to sleep at night?
Nothing is more condescending than the statements like, “Engine of civilisation”.
I don’t like playing the victim card of being a colony, neither do I blame colonisation, disproportionately, for our own problems, but this sucks!

So he’s never heard of the Black Hole of Calcutta or what went on in the Congo? Those private boys’ schools in Oz must be so useless.

Really – why?
Just a decade ago, Indian GDP was the eleventh largest in the world. Now, with 7 percent growth forecast for 2022, India’s economy has overtaken the United Kingdom’s in terms of size, making it the fifth biggest. That’s according to the latest figures from the IMF

I am completely staggered! I shouldn’t be they’re only spouting the usual racist rubbish they normally do. Ask an Indian if they would like to return to Raj days?

India will be in a position to buy and sell the UK in a few years as the UK disintegrates losing Scotland Ireland and Wales and moves to a royal tourism economy. 😁

India just overtook UK as the fifth largest economy in the world and British commentators are dreaming of revival of the empire because the colonies like India are doing so “badly”. It’s ridiculously racist and hilarious at the same time. https://t.co/isUGqeQpJl

maybe the cause of all those disasters is not decolonisation itself but the extractive colonialist system that left newly independent countries in shambles? the british empire was one of the biggest forces of evil of all human history https://t.co/k4kTKqTa5S

When you’ve been huffing pageantry for a week and it’s gone to your head https://t.co/MdCgmgxhBS

This engine of civilisation has caused immense damage to the sub-continent. We are fortunate to have people like Nehru, Maulana Azad, Bandaranaike, Sukarno, Mujibur & many others who have helped healed this land. https://t.co/tIKu7iWAcO

Lol, India has nuclear weapons, I rather doubt they’re going to go for Raj v. 2.0. Murdoch and his pals need to have their toy soldiers taken away now. https://t.co/BNz19vqBfc

Listen to these fools 🤬! Complete disregard of the cause-and-effect relationship of colonialism and the issues faced by former colonies! https://t.co/ZvqLM78B8c

Bring back the empire to do what? To supress human rights again in the name of 'civiliazation'? May be they should first focus on solving energy crisis in their tiny island. #racists #Colonialism https://t.co/GjAapY9tD0

I think Twitter has already summed up (in their own language) what I wanted to say to these gentlemen.