19-YO Travels 700 KM To Give NEET Exam, Denied Entry Because He Was 10 Mins Late

One such student is Santosh Kumar Yadav who was denied entry to the examination centre because he was late by 10 minutes. 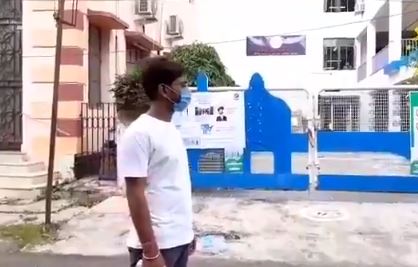 According to a report by Hindustan Times, Santosh, a resident of Bihar’s Darbhanga travelled for more than 24 hours and switched two buses covering a distance of around 700 kilometres to reach his exam centre in Kolkata. Still, he wasn’t allowed to enter the centre at a school in Salt Lake as he was late by 10 minutes. As a result, he lost a year.

“I pleaded the authorities but they said I was late. The examination started at 2 pm. I reached the centre around 1.40 pm. The last deadline for entering the centre was 1.30 pm. I lost a year,” Santosh said.

He was 10 minutes late. pic.twitter.com/Gjm4Z270RD

Sharing about the circumstances in which he managed to reach the centre, Santosh said, “I boarded a bus at Darbhanga at 8 am on Saturday to reach Muzaffarpur. From there I took a bus to Patna but there was a traffic jam on the route and I got delayed by almost six hours. I took another bus from Patna at 9 pm. The bus dropped me near Sealdah station (in Kolkata) at 1.06 pm. A taxi brought me to the examination centre,” he added.

Apparently, the aspirants are instructed to report at least three hours in advance for security and health check-ups amid the pandemic.

Earlier, while dismissing a petition for delaying NEET and JEE, the Supreme Court had said that students appearing for the exams should get all help in terms of travel and accommodation. Still many of them are facing hardships and some have even missed the opportunity this year.

With that said, I wonder why students are allotted centres so far from their hometowns. What are your views on this? Tell us.