One of the most heartbreaking natural tragedies that we have been witnessing recently is the Australian bushfire. Half a billion animals are estimated to be dead as their natural habitat has been ravaged by the fires. The sky in places like New South Wales and Canberra are perpetually orange covered with massive smoke. Even though rescue missions have been launched to save the animals and humans living in and near the area, the wrath of nature is difficult to fight with.

Speaking of which, a 32-year-old firefighter, Geoffrey Keaton lost his life battling the bush fires after a blazing tree fell on top of his vehicle, causing it to overturn. The incident, which happened a month back, took the lives of him and colleague, Andrew O’Dwyer, reports BBC. 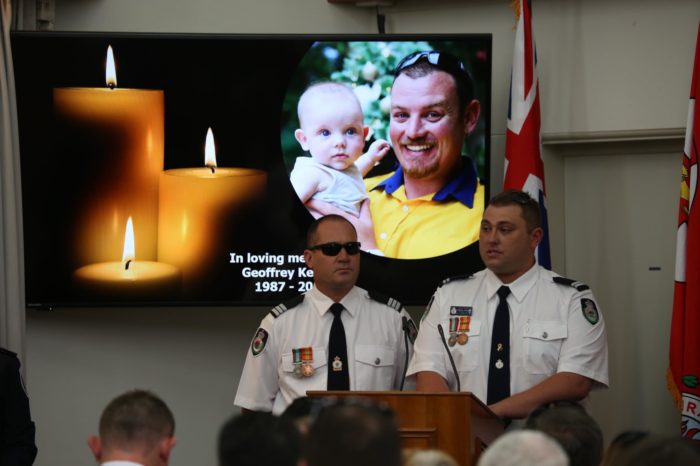 Recently, the New South Wales Rural Fire Service organised a prestigious funeral service to honour the lives of the two firefighters. Keaton’s wife and his 19-month-old son attended the funeral. A ceremony was also organised to award the bravery of the two officials. 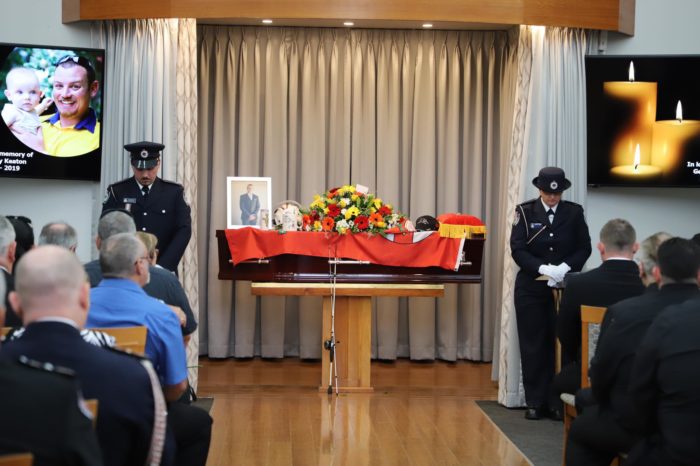 Geoffrey’s 19-month-old son, Harvey Keaton, received the medal on his father’s behalf, reports The Indian Express. Harvey is seen wearing a mini version of a firefighter’s uniform and sucking on a pacifier while he receives the medal. 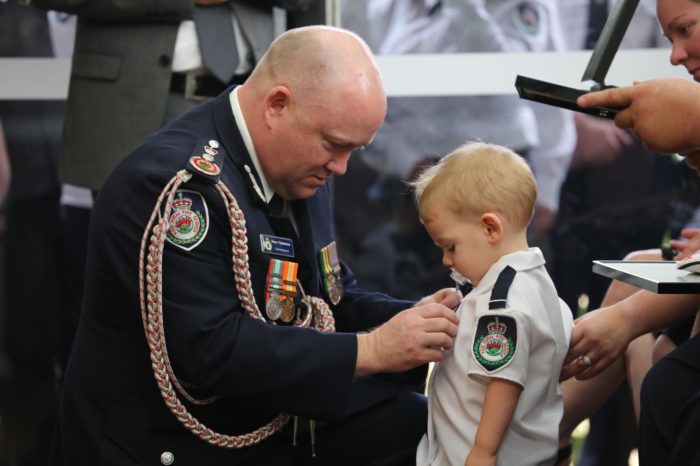 The little guy with his mother went on to pay their last respects to Geoffrey’s coffin. Along with a bunch of flowers, there lay on the coffin a printed coffee mug saying, “Daddy, I love you to the moon and back!” 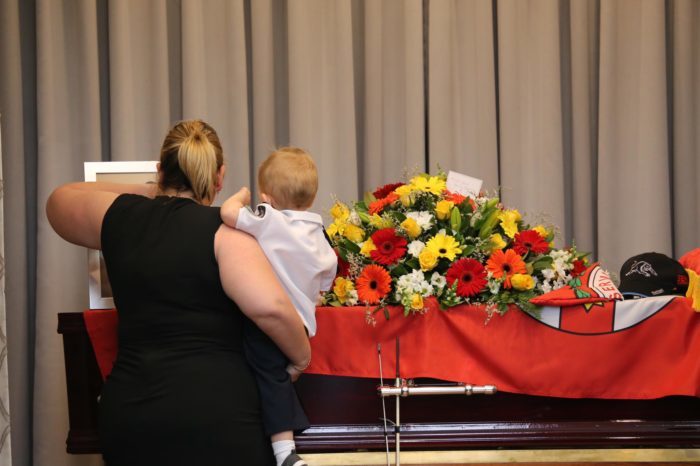 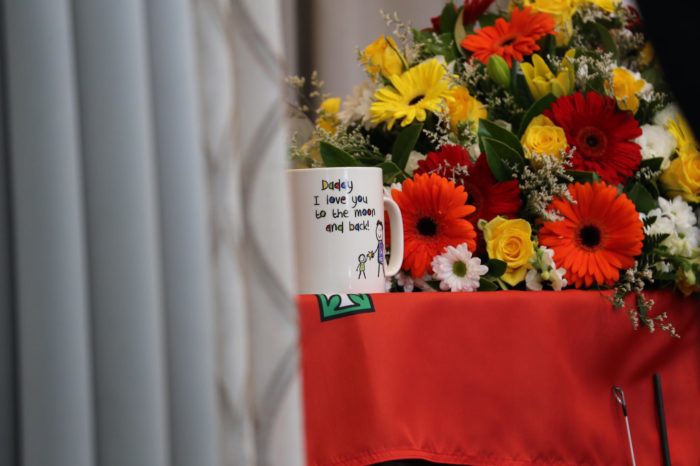 The New South Wales Rural Fire Service took to Facebook to post pictures of the service. Have a look:

Today the NSW RFS family farewelled one of their own, with the funeral of Geoffrey Keaton held in western Sydney earlier…

While people are proud Geoffrey Keaton, the tragedy that has befallen upon his family is painful. We wish the family strength during this tough time.