You may have heard this saying that things get lost in translation. It does, especially when it comes down to translating regional words into English. The most hilarious cases of translation fails happen in the subtitles of a Bollywood movie or song. ‘Behne De Mujhe Behne De’ becomes ‘Give sister, give me your sister’. 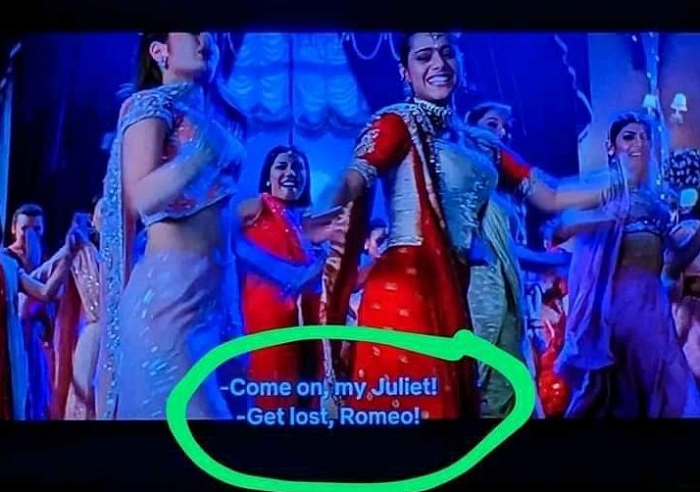 A picture of this epic translation fail on ‘Bole Chudiyaan’ was shared on Twitter by a guy named Saboor Ali.

And desis online just couldn’t stop laughing! I mean, there have been several instances where the translator didn’t do the job well, but to replace Heer-Ranjha with Romeo and Juliet is just on another level.

😭😭😭😭
When taylor swift said
We are lost in translation https://t.co/RRHRAC6HCE

This makes me want to go to YouTube and play my favourite Bollywood songs with the English subtitles switched on! 😛