Ever since Disney unveiled the official posters for upcoming Marvel phase 4 films including ‘Wanda Vision’, ‘The Falcon’, ‘Winter Soldier’, and ‘Black Widow’, I became completely obsessed. Among all 4, the most anticipated film on my list has to be ‘Black Widow’ and I can’t wait for it to hit the screen!

However, Marvel India’s official Twitter account recently posted a new poster for ‘Black Widow’. On it was the most ridiculous Hindi caption ever which made me want to gouge my eyes out – ‘Kisi Ke Haath Na Ayegi Yeh Ladi’. 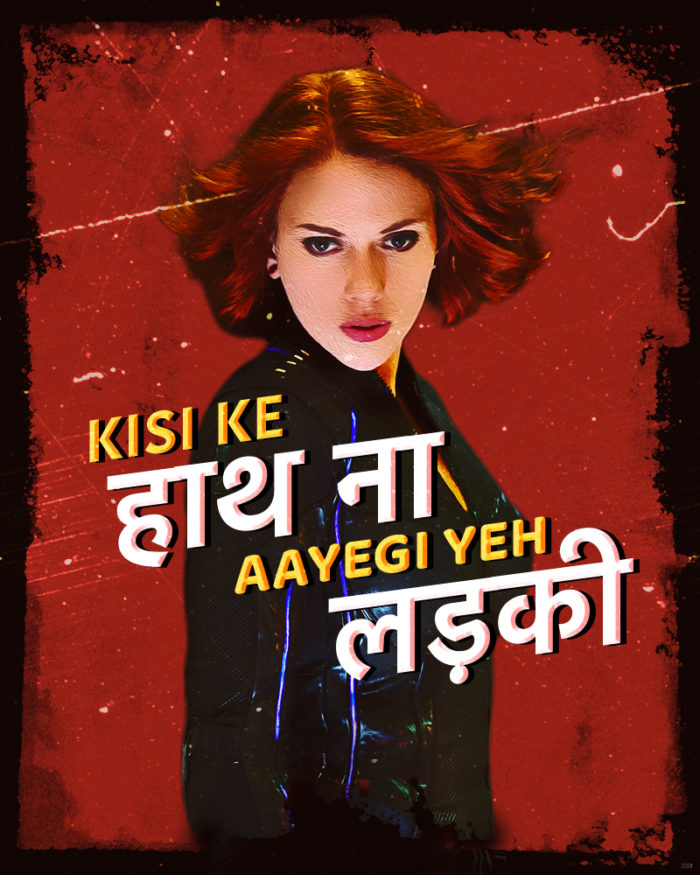 This one’s gonna stop at nothing to wipe the red in her ledger.#BlackWidow pic.twitter.com/tdkb34SfHd

People on the internet are cringing their lives out at the poster. I mean…WHAT IS THIS?

hahaha!sridevi would have enjoyed this if she were to be alive!

Absolutely…
She is so street smart that sensing the final outcome, she vanished in the air, before even facing or fighting the Thanos, in Wakandian forest, in #avengersinfinitywar & appeared only after the "infinity snap". 🤣🤣🤣
Though Hulk might disagree with you 👇🏼 pic.twitter.com/guLS20avXH

Does anyone else need a moment to recover from this? Because I do!