Many of us have grown up watching Ajay Devgan’s movie Tarzan – The Wonder Car. The movie showed a car that seemingly had superpowers, ran all by itself without a driver, and as kids we always wished to own a car like that someday!

While no car comes close to that, a wonder-bike has recently been making headlines. Mohammad Sayeed, modified a bike, ‘Tarzan’ that has taken the social media by storm.

A video of the wonder bike where Sayeed is seen flaunting extraordinary features like playing music and dispensing coins on command is going viral on the internet.

The video shows Sayeed (who appears to use the bike to peddle goods) asking the man who is shooting the video to stand in front of the bike. As he stood before the bike, a light of the bike blinks. The man then asks the bike to dispense him Rs. 5 and the bike with a mini black colored ATM box dispenses the cash. 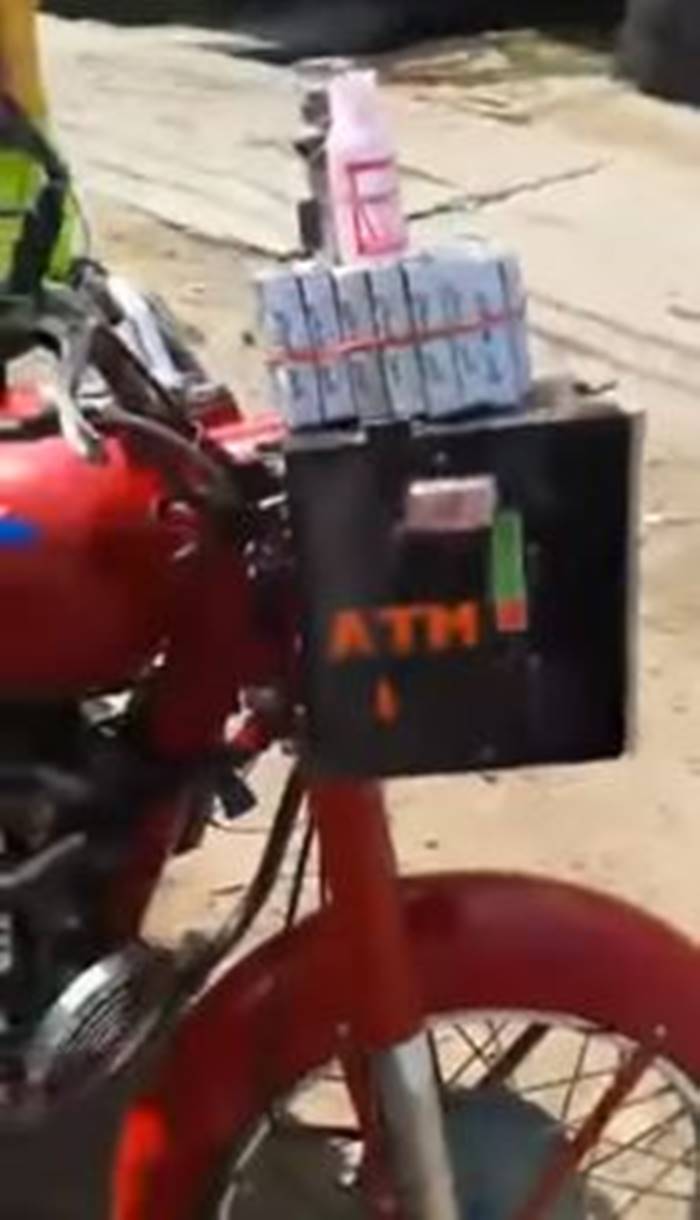 Sayeed claims the one of a kind bike has an ATM box that dispenses cash on voice commands. He also demonstrates other features of the bike and shows how it takes itself off from the stand and parks itself automatically without much ado.

Sayeed is further seen giving a voice command to the bike to play music and indicates with a hand to stop the music and the bike follows all his orders perfectly.

Sayeed who reportedly hails from Bareilly, Uttar Pradesh calls his bike ‘Tarzan’ or ‘Sooraj’. The bike that runs on diesel also starts the engine and stops it all by itself via voice commands.

The wonder bike is truly a miracle! What do you think about this desi customization?