Indian women are on a spree to break the glass ceiling and scale new heights. They are indeed flying high (literally). Mumbai girl Aarohi Pandit, recently flew across the Atlantic ocean and held the nation’s head high in the world by becoming the first woman to fly solo in an ultra-light aircraft. Another woman pilot, Avani Chaturvedi became the first woman solo pilot to fly MiG-21 in 2018.

Women are not only actively becoming a prominent part of the air force of the country but the army has also started to induct women as jawans in the military. Women are certainly doing wonders!

To add to the list, here’s Bhawana Kanth who has scripted history by becoming the first ever woman fighter pilot of the Indian Air Force. She has successfully completed her Day Operational syllabus on MiG-21 Bison aircraft. Kanth is now qualified to undertake missions by day on a fighter aircraft. 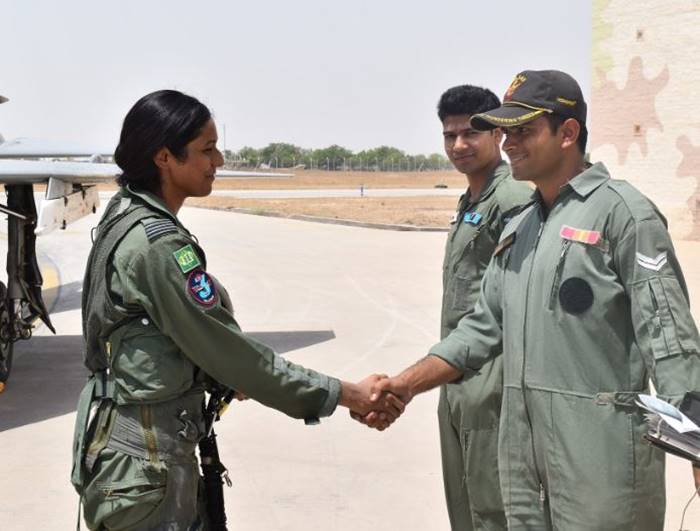 IAF shared the over-whelming news on their official Twitter handle and wrote, “Flt Lt Bhawana Kanth adds another feather to her cap by completing Day Operational syllabus on MiG-21 Bison aircraft. She is the first woman fighter pilot to be qualified to undertake missions by day on a fighter aircraft,” the Indian Air Force’s official handle tweeted with #WomenPower.”

#WomenPower: Flt Lt Bhawana Kanth adds another feather to her cap by completing Day Operational syllabus on MiG-21 Bison aircraft. She is the first women fighter pilot to be qualified to undertake missions by day on a fighter aircraft. pic.twitter.com/J5SWN8A4oD

#WomenPower: Bhawana joined the fighter squadron in Nov 2017 & flew the 1st solo on MiG-21 Bison in Mar 2018. With her dedication, hard work & perseverance she has become the 1st women Officer to achieve this feat. She is from the first batch of women fighter pilots of the IAF. pic.twitter.com/v2voizwFyO

Once she completes her training for night missions, Bhawana will be allowed to carry out night missions as well, reports India Today.

“With her dedication, hard work and perseverance she has become the first woman officer of the IAF to achieve this feat,” said IAF Spokesperson Group Capt Anupam Banerjee. As soon as the news broke out, wishes for Bhawana poured in from all over the country:

Well done, Bhawana! Kudos to you!