“If you don’t follow road safety rules toh Yamraj ke paas jana padega….” You might have heard this from your parents, relatives, or anyone who’s ever taught you to drive cars or ride bikes. And it isn’t entirely wrong either. Not wearing a helmet, disregarding traffic signals and talking over the phone while driving can become a direct ticket to meeting the Lord of Death. Don’t believe it? Well, the people of Bengaluru do now!

Lord Yamraj, the God of Death himself, was spotted roaming the streets of Bengaluru, catching hold of helmet-less bikers and reminding them of the dangers of not wearing helmets! 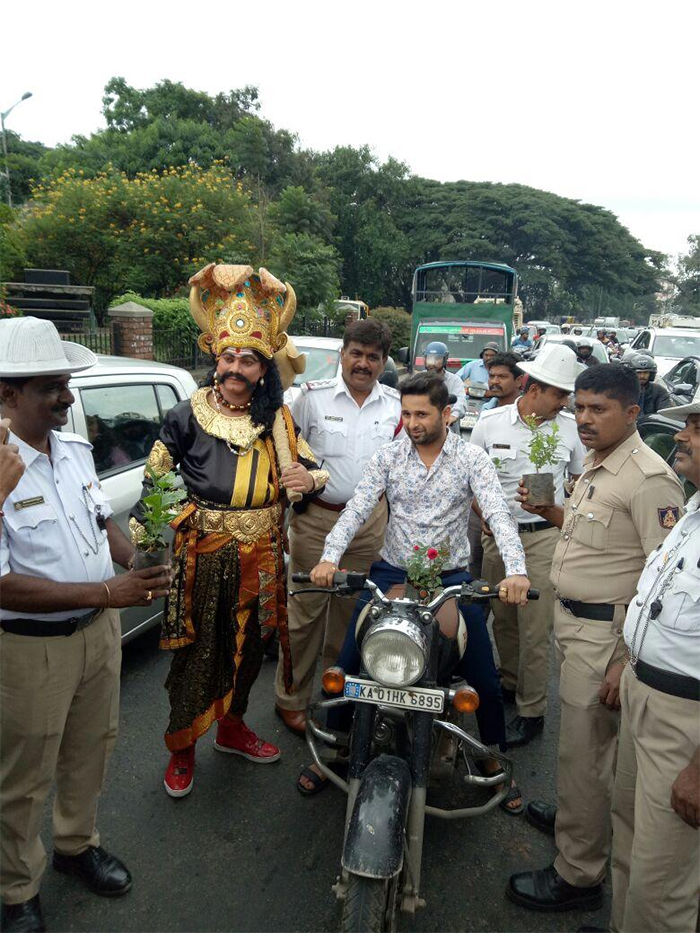 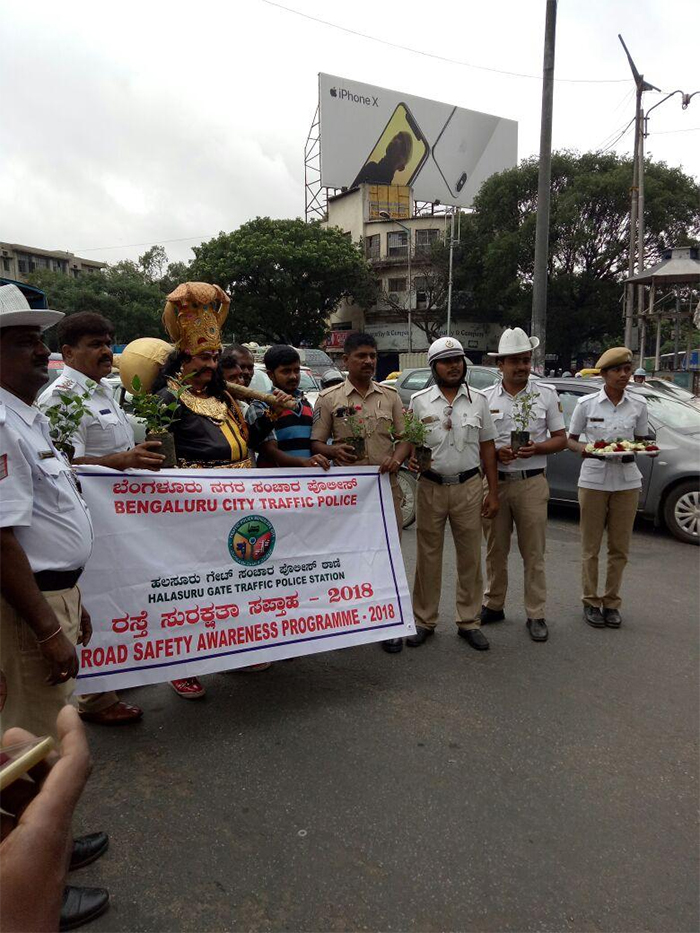 A person dressed as Yamraj, the Lord of Death, were spotted at Ulsoor Road, stopping two-wheeler riders who were not wearing helmets and warning them about how fatal not following road safety rules could get. 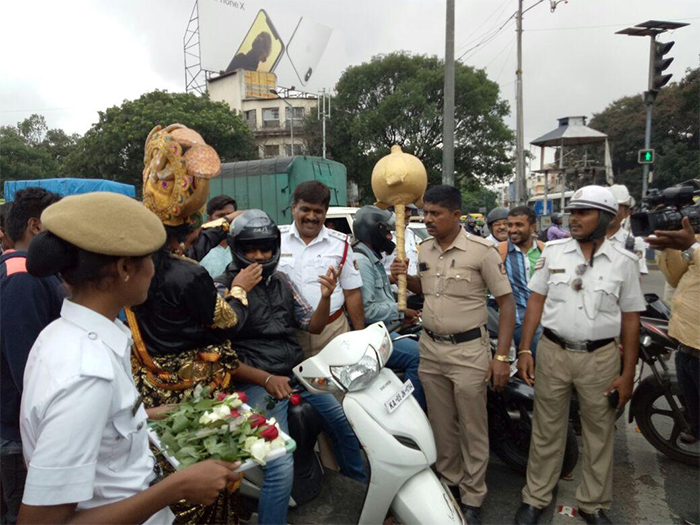 They even handed out red and white roses and saplings to the motorists, and rode pillion to show them that if they flouted traffic rules and drove recklessly, Yamraj would follow them to their homes! 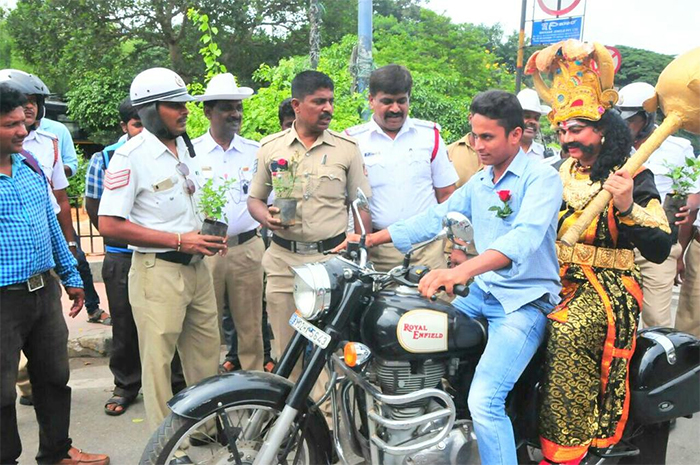 Fear of death can be the biggest motivation to do something, and putting this hilarious spin on it just made this a dark comedy that drives the message home!

😂👏🏻 Very entertaining idea. This kind of idea should apply in every state to avoid violation of traffic rule. https://t.co/H52RoHQ9Iv

Indians and their jhakaas ideas!

This happens only in India. Love it https://t.co/Yd3FmTiJRA

Well, Lord Yamraj himself has taken their class! They’d be stupid to not learn anything!

This is awesome.. Hope those violators can learn something.. https://t.co/u0EdjlczJN

Even Shashi Tharoor seems to have enjoyed the little gimmick!

I think it's Yamraj's embrace everyone wants to avoid! https://t.co/3RqhUCoYMC

Kudos Bengaluru city traffic police! You guys found a fun way to put across an important message! Not too preachy and full marks for the theatrics! That’s how you get them to pay attention!