Bengaluru’s potholes during monsoons are as popular as the number of tech startups in the city and the M. Chinnaswamy Stadium. Hence, people of the silicon valley of India thought it would be appropriate to review them on Google Maps for others to locate them and also reap their benefits.

Done with getting into these back-breaking potholes that are a major threat to the safety of the people, the locals came up with this idea to sarcastically take a dig at the authorities by marking the potholes as ‘historical landmarks’.

Twitter user Nimo Tai was able to spot the Google review of a pothole addressed as ‘Abizer’s Pothole’ that has been marked as a ‘historical landmark in Bangalore’.

The pothole located in Bellandur has been visited by many locals who took the pain to review it too and give it 5 stars.

One guy decided to give a detailed review of the pothole and wrote that it’s amazingly well designed.

“It takes you down a feet and escalates you above the Earth all in a matter of a second. It has been growing and making a bigger impact on the society as days go by. It has recently been multiplied by two more potholes.” 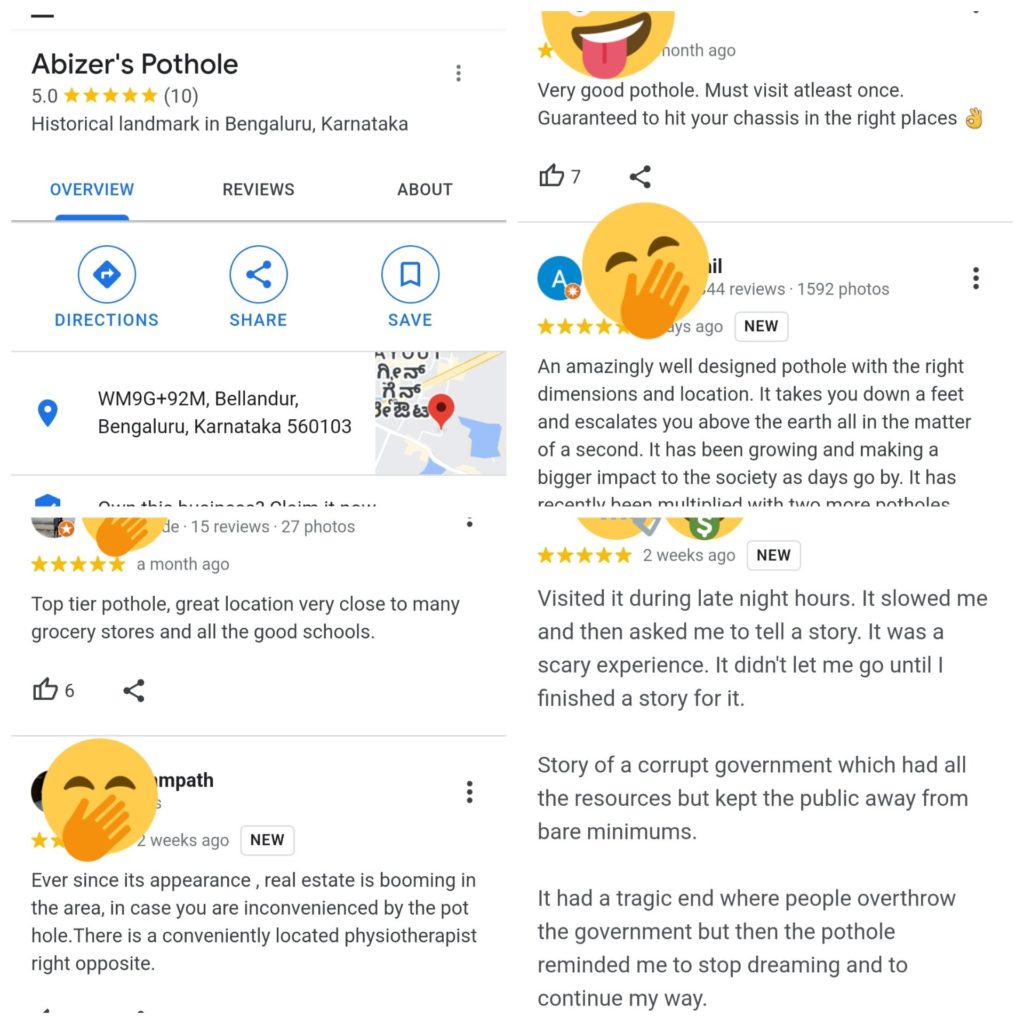 Seems like the pothole is popular among many visitors. According to this guy, if you want to check the suspension of your car and your back then this is where you should be headed. 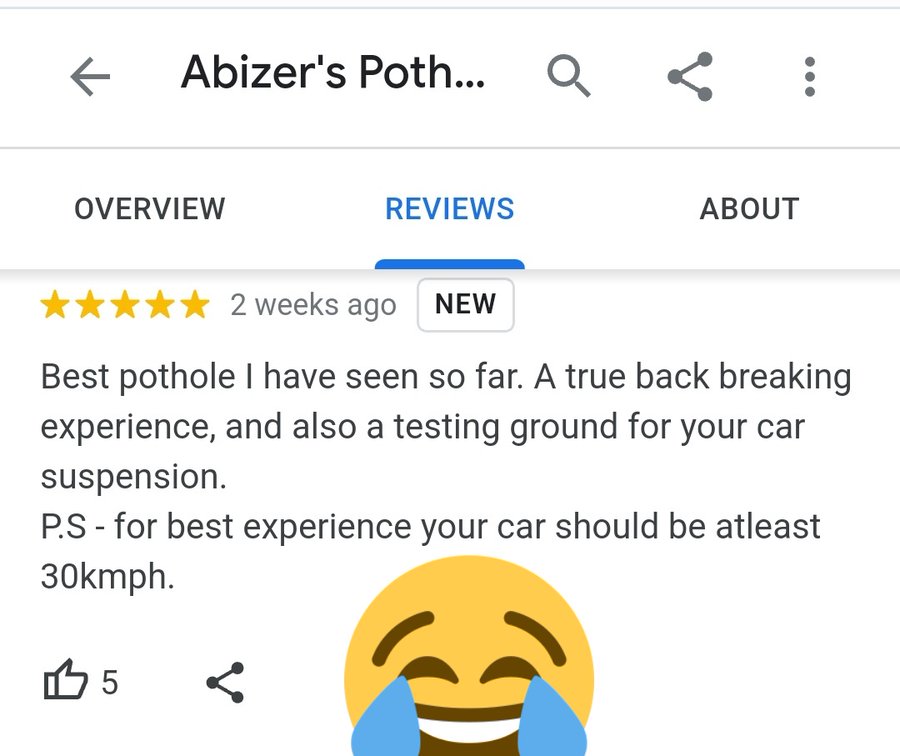 This boss move definitely tickled many funny bones. However, it also highlighted the grim situation in one of the hottest global IT destinations. This is how people online reacted to it:

How sad you people are really suffering…after all you all left your hometown with best infrastructure.and choose to live in bengaluru ..very bad..

a great idea to pin it on Google. Could’ve named it after the local corporator or MLA/MP. Let them have their day on Google as well when their pothole tops search results😂

Should start this in Mumbai too

Seems like the pothole review has been removed 😂
My friend and I created this Google maps listing of the pothole to honour our friend, thank you so much for the publicity 😁😁

This Google review definitely made us

ROPL – Rolling On the Pothole Laughing

Big pot holes may be seen near 1st cross,1st stage Ashray Layout road near MLA house, remaining unrepaid and uncared. City may be declared as City of Pot holes.

Now that's a city with real sense of humor!! https://t.co/0GeRNWqHeW

This is near to my house. Unfortunately someone has tried to close it but dumping some sand, but don’t worry, but it will take just one rain to return to its glory https://t.co/mWY7CmhsRK

What a BOMB technique to highlight the bad infrastructure in the city and hold those responsible.