If you’ve ever worked for an IT company in India, you would have noticed a small group of people, who call themselves managers, do nothing productive but bakchodi. Pure unadulterated bakchodi.

They have their own cabins, they get a higher paycheck & all they do is punch numbers in colourful Excel sheets or throw buzz-words like a Naga warrior. Decrypting their MBA jargon can be difficult for the naive, so here’s a breakdown of what their crap actually means.

This extra chilly conference room is a perfect closed enclosure to think out of the box. Way to go, boss!

Meaning: Subtle way of asking to take advantage of something. God knows what.

Koi aap se seekhe how to use a noun as a pseudo-verb. I’m learning.

In short, Work From Home. 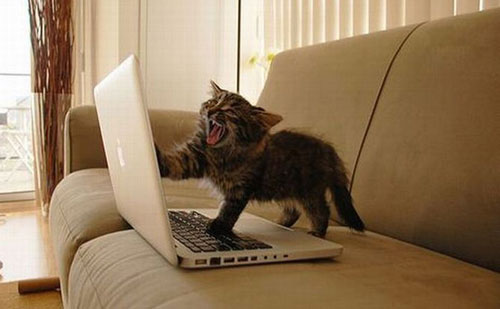 Meaning: It means bull-crap in proper English. But I want a response to my query.

I tried to revert (to my original state of doing nothing at work) but you also asked for ‘back’. So now I’m confused.

Meaning: My ass is on fire. Do your work quickly or get fired.

As soon as possible. Oh yeah, I got that. Let me revert back quickly.

6. Please do the needful

Meaning: I’ve no idea what/how/when to do, but you do it anyway. And ASAP.

Ok, saar. Let me Google it.

Meaning: Warning: This is not an invitation to ‘touch’ your boss’s ‘base’.

Isn’t too flattering to go to jail trying to touch your boss’s rear.

Meaning: Do extra work you’re not paid for.

Alternate meaning during performance assessment: You’re not promoted & I’ve no other excuse to throw at you. Take this & be happy.

Meaning: Your manager is not suffering from mineral deficiency. She wants to mismanage more people.

Meaning: Don’t just sit idle & sleep during my boring meeting. You can join me with your bakar too.

I brought bakar to the table. Yay!

Meaning: Include me in every unnecessary email chain ever. Coz I’m vella.

I want to keep you in the loop, if it’s around your neck.

Meaning: I just want to prove that you’re good at nothing. Hence, this spine-breaking jargon that means nothing. Lel.

Meaning: Subtle way of asking you to slog.

I understand that you sucked at Maths in school. Why bring that core competency to work?

Damn, you sweet talker. I almost fell for that bait.

Meaning: I know you’ve no idea about the estimation, just throw a random number at me.

17. I don’t have the bandwidth

Meaning: I’m a broadband connection. I don’t have bandwidth.

Not really, it means your manager can’t work. Why? Coz managers are not supposed to work.

Meaning: Pure bakchodi of the elite: I’ve no idea what’s happening, so let me do my mumbo-jumbo.

Keep calm coz apparently, your manager is a black-belt in some ancient martial art named ‘Six Sigma’. God bless that pour soul.

Meaning: It means you should show up in office more often. Not sleep during meetings. And get your work done.

“Rats don’t get visibility in the corporate fog” ~some middle-level manager.

Meaning: Here’s my do takke ka advice that’s not even worth 2 cents. Take it anyway coz I’m your boss.

Meaning: Just because the door to my cabin is open, doesn’t mean I want to listen to your BS. But I want to get promoted to Sr. Manager, so I’ll rub this jargon in your face anyway.

Meaning: You’re not adding any value to the company. Time to look for a new job.

Dear Manager, I will pray to God that you may forever be out of our office.

You don’t need an MBA to get promoted to a useless manager. Memorize this shit & become instantly popular.