Pets are to pet parents what kids are to humans. Hence, some of us do everything, in the same manner, we would have done for our biological kids. Be it giving them a desi swagat during their griha pravesh or throwing a traditional baby shower like in this case. 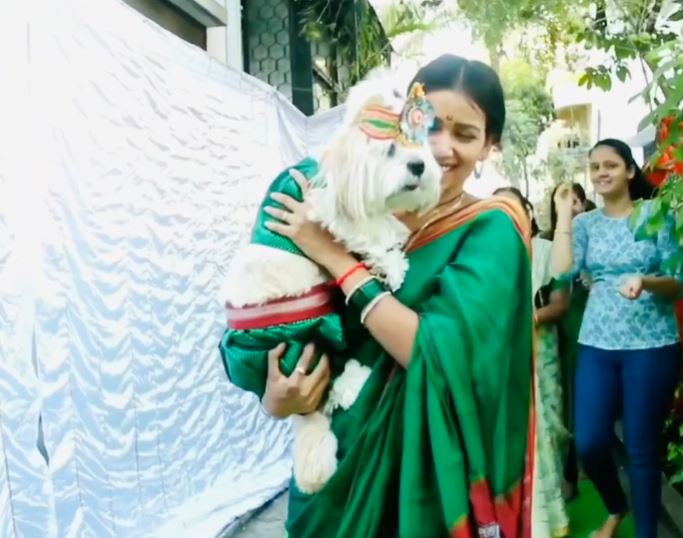 Extending their love for their pet doggo Lucy, a couple organized a pawwdorable baby shower for the mom-to-be as per Indian traditions, reported Times Now. YouTuber Shaila Tike posted a video of the ceremony wherein they announced that their adorable and lovely ‘daughter’ was soon going to be a mom.

In the short video, Shaila gave us a glimpse of the ceremony that had all their loved ones in attendance. The video opens by showcasing the preparations for the big day. 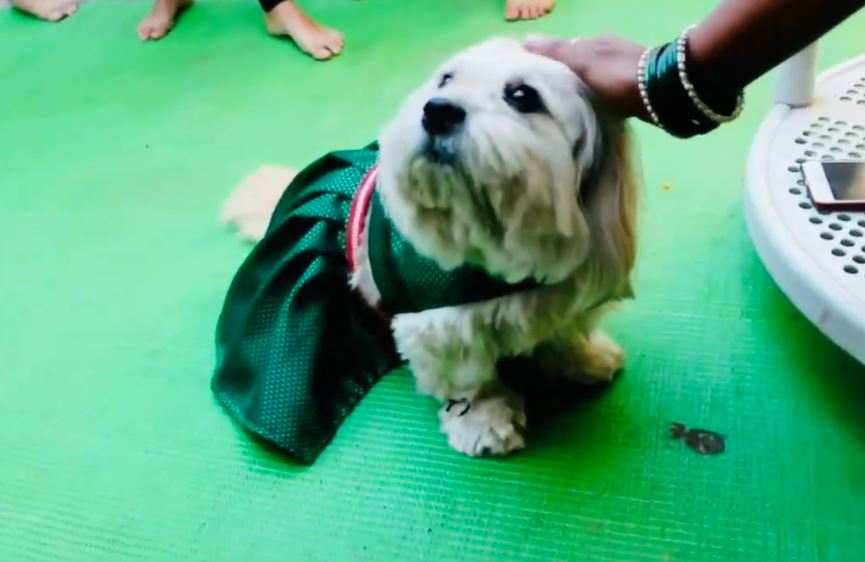 The parents then start with the ceremonies and comfortably seat Lucy on a jhula while they perform the puja and aarti. 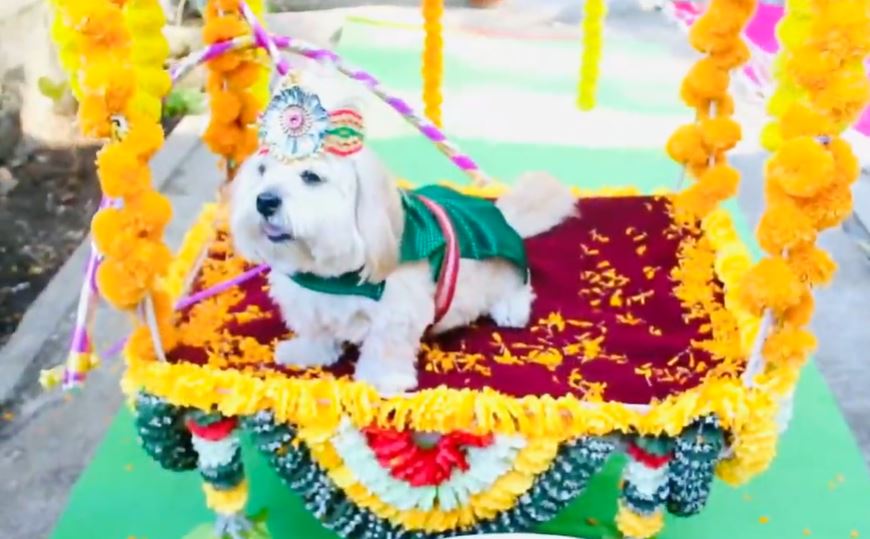 And like in a normal godh bharai ceremony, the guests then pose alongside the to-be-mommy and relish on the food. 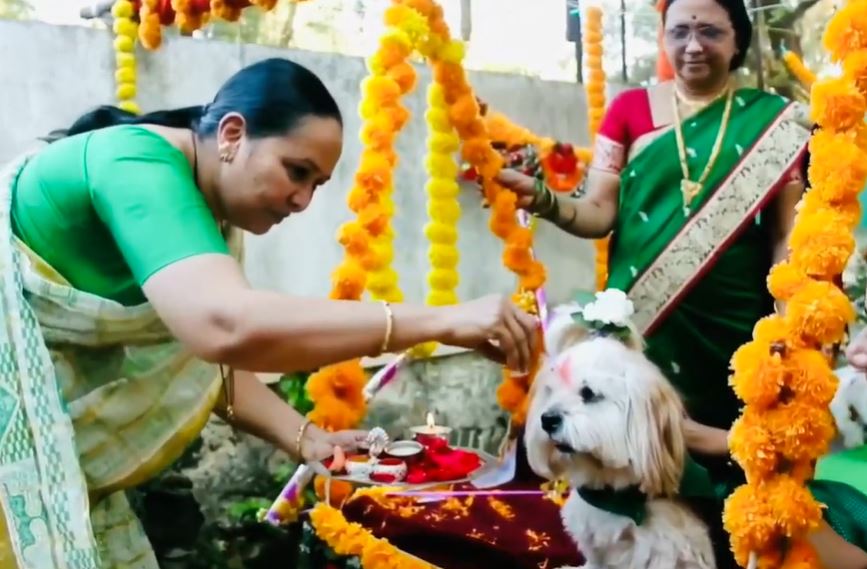 The adorable video was extensively shared online with people praising the pet parents for their heartwarming gesture. 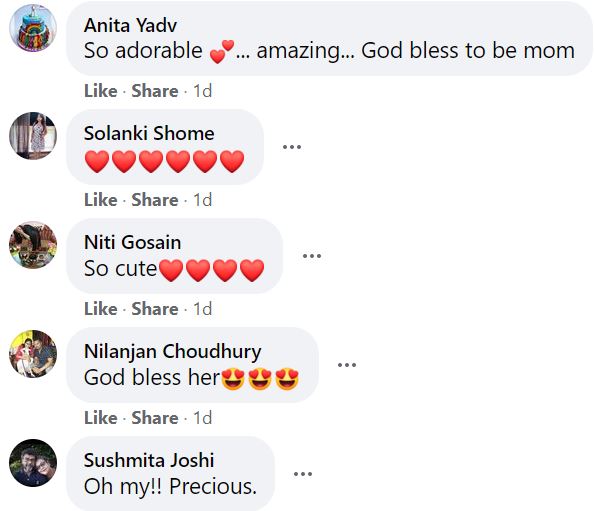 At a time when animal cruelty is at its peak in the country, it’s heartening to see such people set the right example. Love this!