The world might have left despotism behind but have you ever caught yourself wondering what would it be like to live under the rule of a monarch? Well I do, especially when most of us are living in a world (inside our heads) of ice and fire where people are fighting for the Iron Throne!

But if given a chance I would surrender myself and swear fealty to a king, especially if its this little guy! 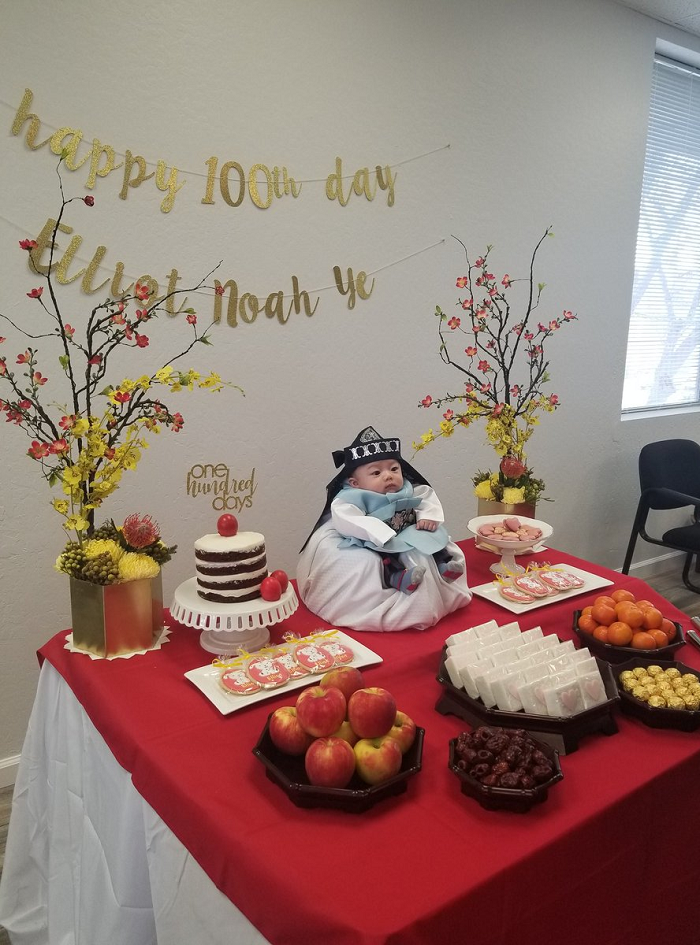 Meet Eliot Noah Ye, the new sensation whom the internet has already hailed as their rightful king!

Recently, user Lorraine Ye took on Twitter to post pictures of her nephew Elliot wearing a  traditional blue hanbok and surrounded by a bounty of food.

“This is called a Baek-il! A Korean tradition to celebrate the first successful 100 days of life! Back in the olden days, it was very easy for children to fall sick and pass away prior to the 100th day,” she wrote.

According to sources, families observing the milestone traditionally worship Samshin, the triple goddess of childbirth and fate in Korean mythology.

Sitting on his throne (which appears to be a potty training seat!), Eliot is sitting with all his might and glory while others are willing to bend the knee! 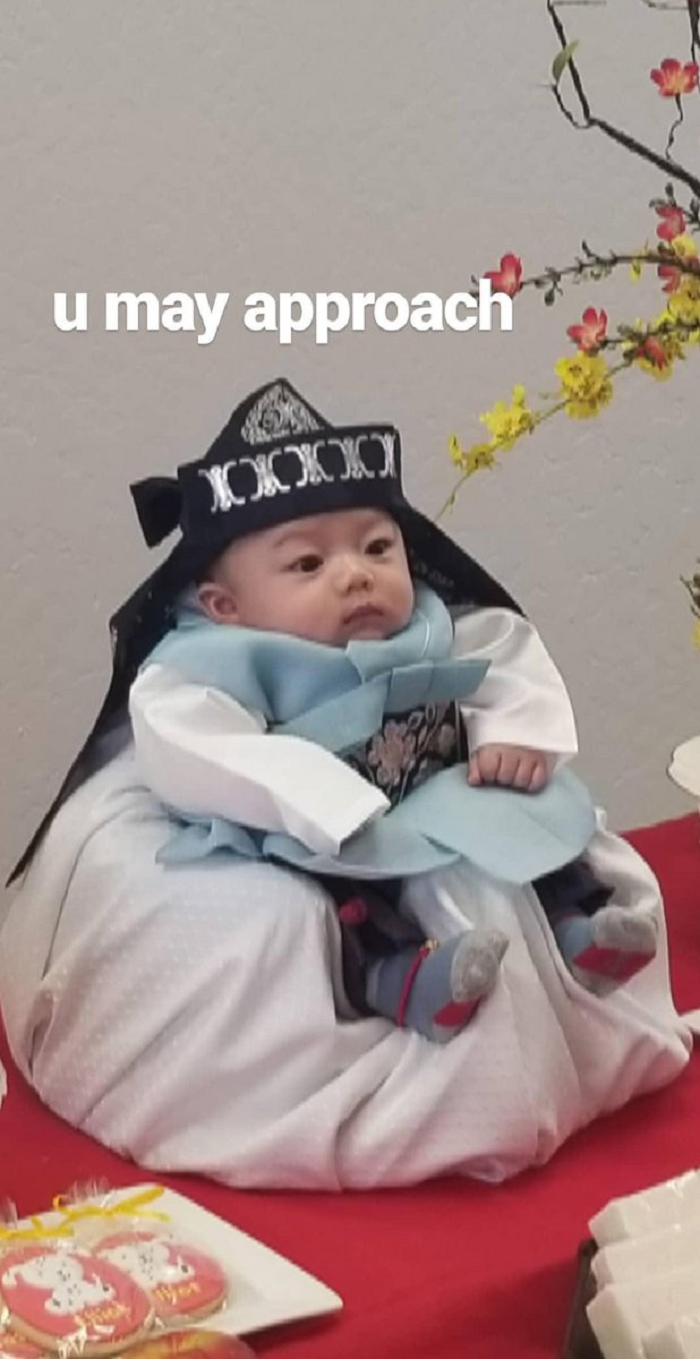 It wasn’t long until Netizens received word of their new king and they came forward to swear their allegiance, not to forget an avalanche of memes that followed!

Not to be dramatic but I would take my father's place and fight in a war for him.

Fetch me my servant, I need my golden nappy changing pic.twitter.com/0dIDEZ4iNt

I would swear lifelong fealty to this child and offer him regular tribute as a loyal vassal.

None of us are worthy, Mona.

I feel unworthy just looking upon it

I accept my beating pic.twitter.com/HwgtpAZW4m

Bowing down in obeisance to our Lord. https://t.co/78iiL7jJqC

@LorraineYe I was in my computer graphics class and we had to edit photos with photoshop and I……… pic.twitter.com/zd1qkhDUvT

When I saw the feet I made a noise that sounded like my grandmother inhabited my body for a moment.

Wasn’t too long before he became an art-spiration!

I would die for this child, and he's 102 days old. He is the Emperor I choose, I said it, no one else is worthy to lead, only this smol boy

he thinks he should have been viral sooner pic.twitter.com/XqmmP5wvUB

Under the wise rule of Emperor Eliot, may we have colourful macarons for breakfast and discuss the state of affairs sitting on potty seats.