For the past three days, the paparazzi have been trying really hard to get glimpses of the wedding of Bollywood actor Athiya Shetty and Indian cricketer KL Rahul that reportedly happened at the Shetty farmhouse in Khandala.

The entire wedding clan has been mum on the wedding festivities that eventually happened as a close-knit affair in the presence of just their loved ones.

There’s also a buzz that the couple will be hosting a grand wedding reception but only after the end of the IPL season.

A post shared by Wedding Style and Fashion (@weddingspaparazzi)

Suniel Shetty was seen wearing traditional attire as he came to thank the media with his son Ahan.

The newlyweds finally faced the cameras as a couple as they came hand-in-hand out of their wedding venue.

Athiya looked resplendent in a pink lehenga, while the man of the hour was spotted looking crisp and elegant in his beige sherwani as they posed for the media.

From B-town celebs to famous cricketers, everyone came together to congratulate the couple on their big day. 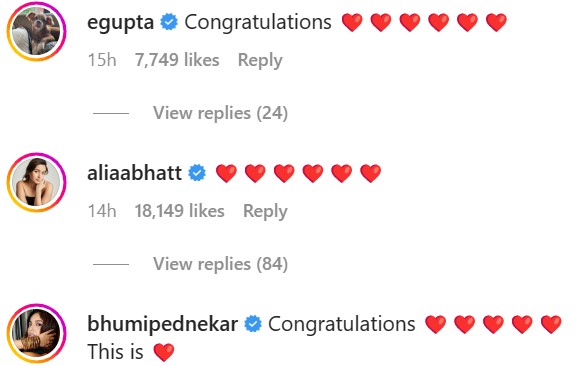 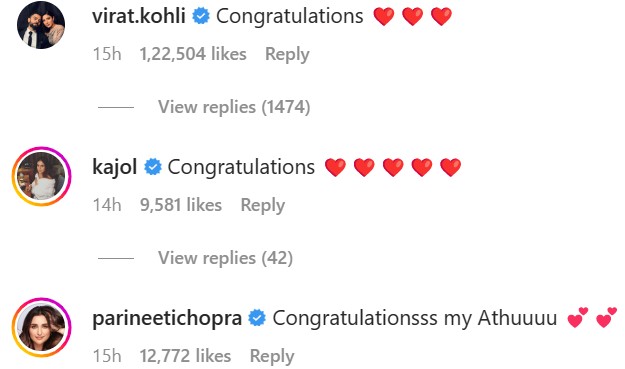 Congratulations and best wishes to you both 😃🥳 https://t.co/C0HJCytpe1

Congratulations guys, wishing you both a wonderful life together! God bless 😇 https://t.co/NAlOmra80E

Congratulations @klrahul and @theathiyashetty Wishing both of you a lifetime of love and happiness🤗 https://t.co/ZqZlGa9Yrl

Heartiest congratulations to lovely couple @klrahul & @theathiyashetty . My best wishes are with you as you begin the most important innings of your life. May Waheguru bless you with immense love and Happiness. #KLRahulAthiyaShettyWedding pic.twitter.com/zOqBJynI3B

Congratulations @klrahul & @theathiyashetty. Wishing you both a very happy married life & a lifetime of togetherness. pic.twitter.com/rXTOzOpulO

Hearty congratulations to KL Rahul and Athiya Shetty on their wedding. Wish them lots of joy in their life together.

Congratulations. Wishing you a happy married and a blessed life together. 🎉

Wishing the couple a lifetime of happiness.