A lot is said and done around the concept of arranged marriages in India, from sharing a list of expectations to being rejected for bizarre reasons. But some people are narrating success stories that came out of the arranged set-up, in order to lend some perspective to the never-ending discussion. 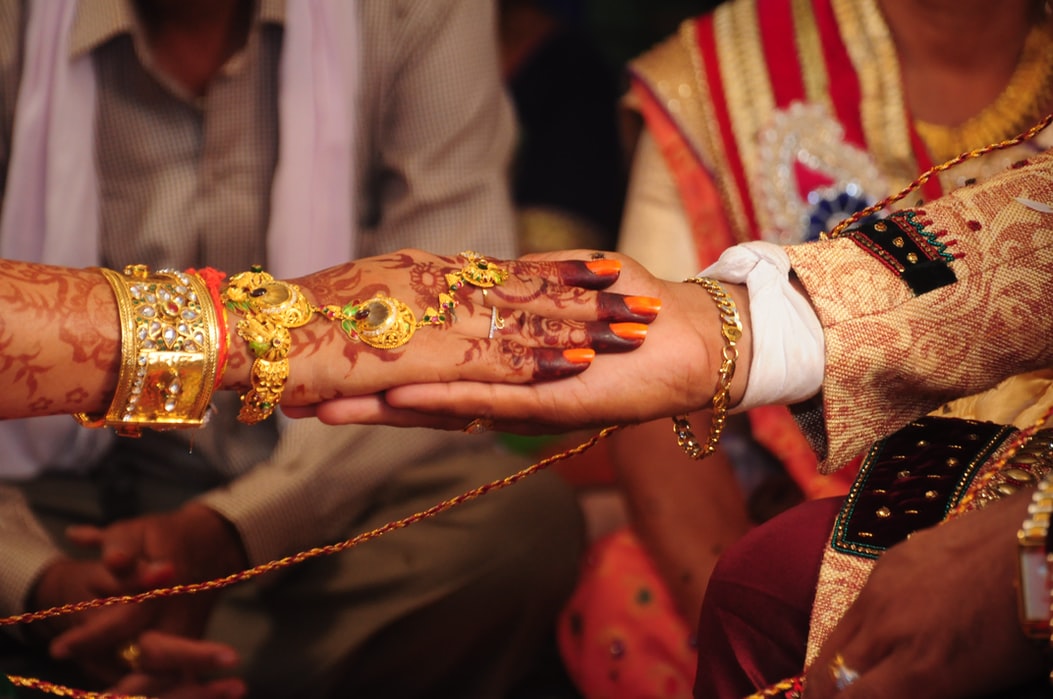 Representative Image SourceIt started when an Indian user started a Reddit thread asking people to share instances where they were rejected by a prospective suitor.

What is your arranged marriage rejection story? from india

However, one particular user chose to share a funny “acceptance” story instead where he thanked his mamas and chachas for convincing his dad to marry his mom back in the year 1994.

He shares, “My father is/was an academician but unfortunately for us, also wannabe activist who wanted to remain a lifelong bachelor and dedicate his life to activism and stuff, he got his rishta set by his parents set at 34 to my mom who was 28 at the time.”

He continued, “The whole thing was only a day-long affair without any lagan, ladies sangeet functions, dowry, and shit as my dad’s an utter deadset liberal, wore a suit for the thing instead of sherwani and all as ‘marriage’s costs are a way for businessmen to exploit the foolish naive person’s feelings’ (according to him).”

“Well sounds good and all but he got cold feet before the marriage and was nowhere to be found on the day of marriage, my mama (mom’s brothers) and Chacha(dad’s brothers) found him roaming near our family tubewell and he won’t budge to leave the place and would babble philosophical jumble at them as to how meaningless life was, how human’s continue to procreate to endless numbers and how great scientists remained lifelong bachelors (exact words as they were told to me) and blah blah…”

“Basically, he got the chills.”

“Well by the fact that I call him ‘father’, you can guess that they somehow got him to appear at the venue, it would be a troublesome situation for me if they could not, so I carry some modest amount of heartfelt thankful appreciation towards the mamas and chachas,” he concluded. 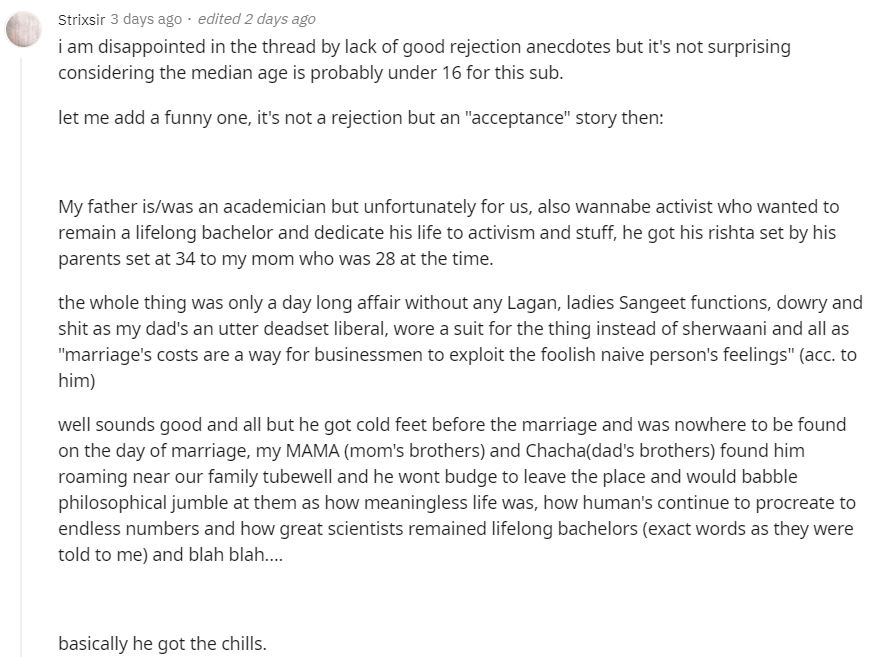 Other people joined in too with their arranged marriage ‘acceptance’ stories which came about after many disappointing rejections:

Did you also find success in your arranged marriage? Tell us in the comments section!