Imagine you’re inside a crowded store and a couple of masked men barge in and start robbing the outlet in broad daylight. What would be your reaction?

Some might try to stop them themselves and others might call the cops and seek their help. But, at this Apple Store, no one bothered to even pick up their phones or raise an alarm. Not even the staff members. The bizarre robbery happened at an Apple store in California, U.S.

In a video that has now gone viral, we can see two young men, stealing almost all the display items in a relatively crowded store during their Black Friday sale. 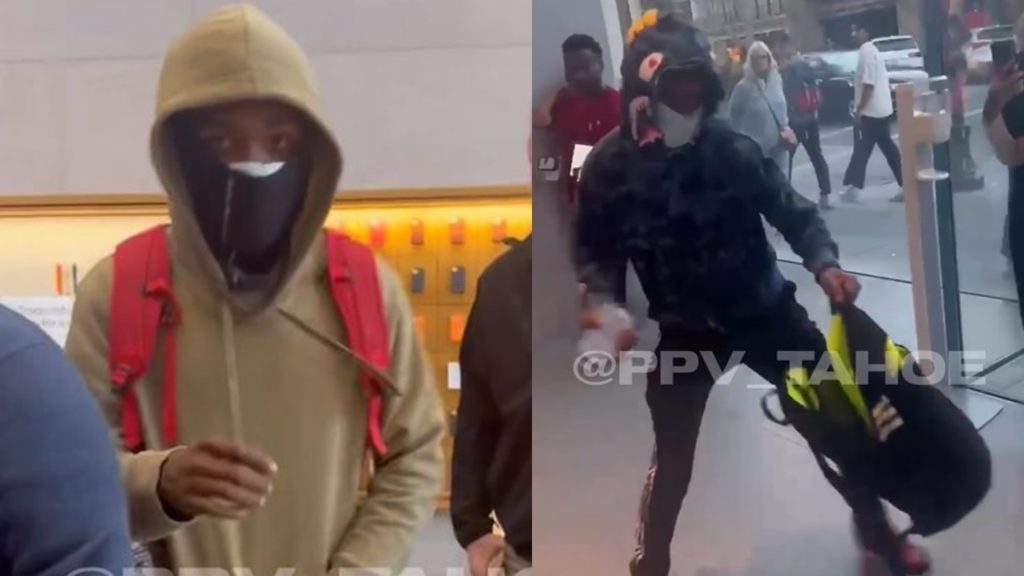 What’s even more appalling is that no one, neither the customers nor the staff, said a word to them. I don’t even see anyone calling 911. 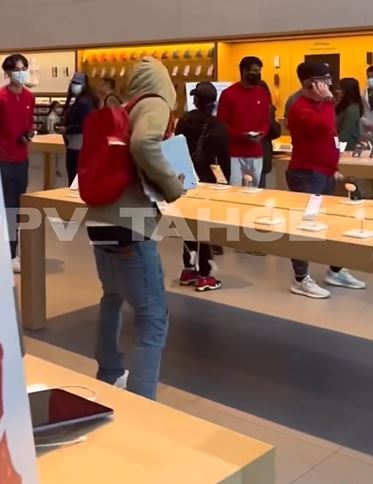 In fact, there are many who went after them to take videos of what they were doing. In the clip, one customer is seen saying, “Should we stop them?”. However, another responded “Let them go” as the robbers continued pushing customers and putting the expensive gadgets into their bags.

According to the media company that shared this video, “Police arrived about 20 seconds later. The two suspects ran into an alleyway next to the parking garage and cops barricaded it. I was there for 30 min after and they didn’t end up finding them.” It’s unknown if the thieves had any weapons on them.

This is how people reacted to this incident:

One person in the comments section also said that there’s no need to be heroes in such situations where you don’t know the intention of the robbers. Apple can destroy the products internally.

“The conservatives in these comments think it’s a good idea to play the hero in pointless situations needs to educate themselves. There’s no reason to escalate this situation. You don’t know what weapons they have and you don’t know if they’ll attack the innocent people around them if they see their partner getting tackled. Apple can essentially destroy their products remotely and render them useless so there isn’t any reason to risk getting people injured trying to stop these guys. Think logically, people.”

What do you think of this bizarre incident?