Indian actor R Madhavan recently turned director with his debut film ‘Rocketry: The Nambi Effect’, a biopic on the life of Nambi Narayanan, a former scientist and aerospace engineer of the Indian Space Research Organisation (ISRO), who was accused in the ISRO espionage case and later acquitted. 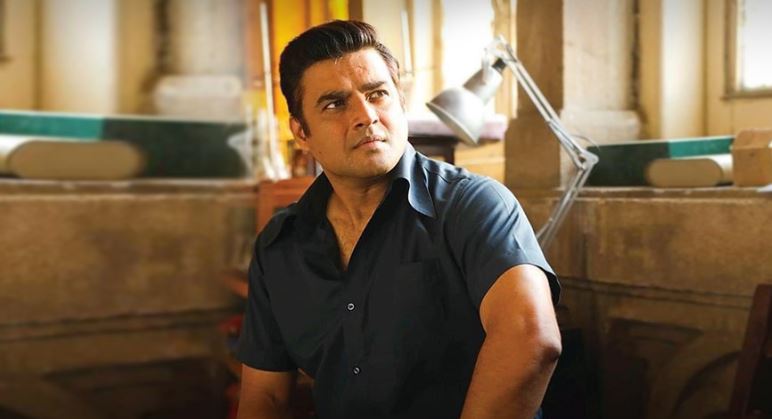 The movie recently hit theatres and its reviews are out for people to read and take a call if they want to watch it in theatres or not.

From the bottom of my heart, I wish this happens and I am sure it will happen because @ActorMadhavan is one of the most honest actor. Foe those who don’t know he was one of the finest debaters and a true patriot. https://t.co/eBeGtwCV7j

#RocketryTheFilm is a culmination of an incredible story, amazing performances and direction. Take a bow @ActorMadhavan, yet another feather in your cap! All my good wishes to you and the team of #RocketryTheNambiEffect pic.twitter.com/w9QEUKzZI7

#Rocketry
One Word Review: Masterpiece
⭐️⭐️⭐️⭐️1/2@ActorMadhavan has given more than 100% to the character. Brilliant performance. Kudos to the team.
Must watch movie. #RocketryTheNambiEffect #NambiNarayanan pic.twitter.com/CVFRfpa1Ub

And among the many film critics who penned their thoughts about the film was Anupama Chopra of ‘Film Companion’.

FC Review: #RocketryTheNambiEffect's ambitious juggling act has resulted in a film that is well-intentioned, moving in parts, but also clumsy — in content and craft — and overly simplistic, writes @anupamachopra.https://t.co/4OdJ936h4U

While she gave her opinion in the lengthy review, filmmaker Ashoke Pandit was particularly irked by the bit wherein she said that “Narayanan is a true-blue Hindu patriot.” 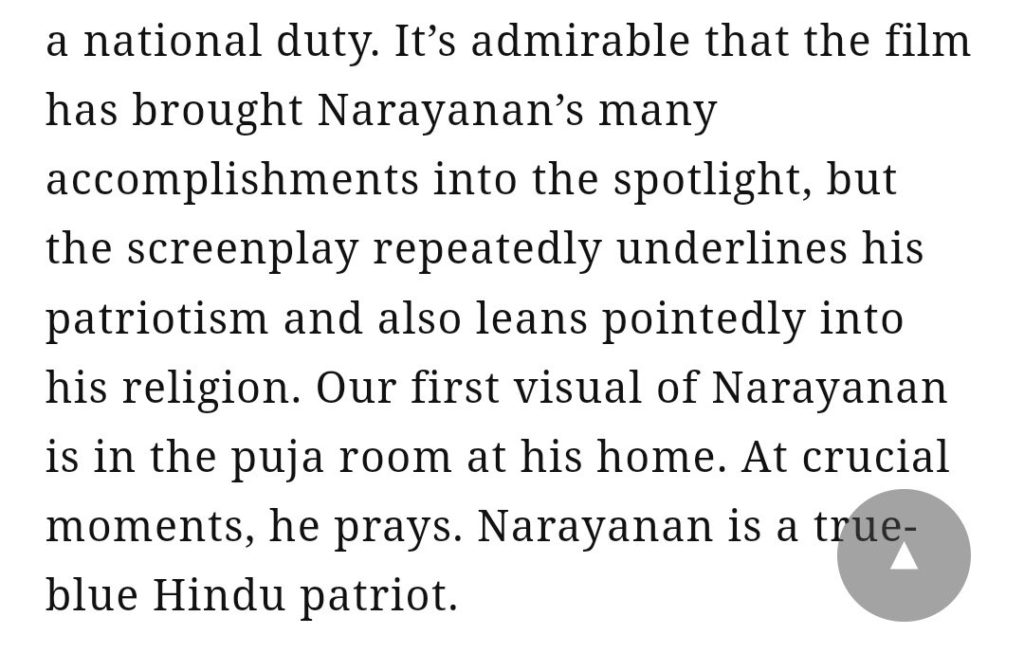 Taking to Twitter, Pandit accused her of being ‘Hinduphobic’ and wrote:

..@anupamachopra
This is being #Hinduphobic
Why does it trouble U if Narayanan is a Hindu patriot and prays during crucial times?
Every maker doesn’t justify trrsm d way #VinodChopra dd in Shikara . @ActorMadhavan hs done a brilliant job and hv d guts to praise it. pic.twitter.com/TQ5ZtL3ASP

The writer and director of the film, R. Madhavan, was also unimpressed and thought “it was in terrible taste.”

In a now-deleted tweet, he has written, “We thought it was in terrible taste too.. this is who Nambi sir is. I am totally okay if you did not like or hated the film and I will take it by the chin..but why this ?? Come on -we are way better than this. Regretful” 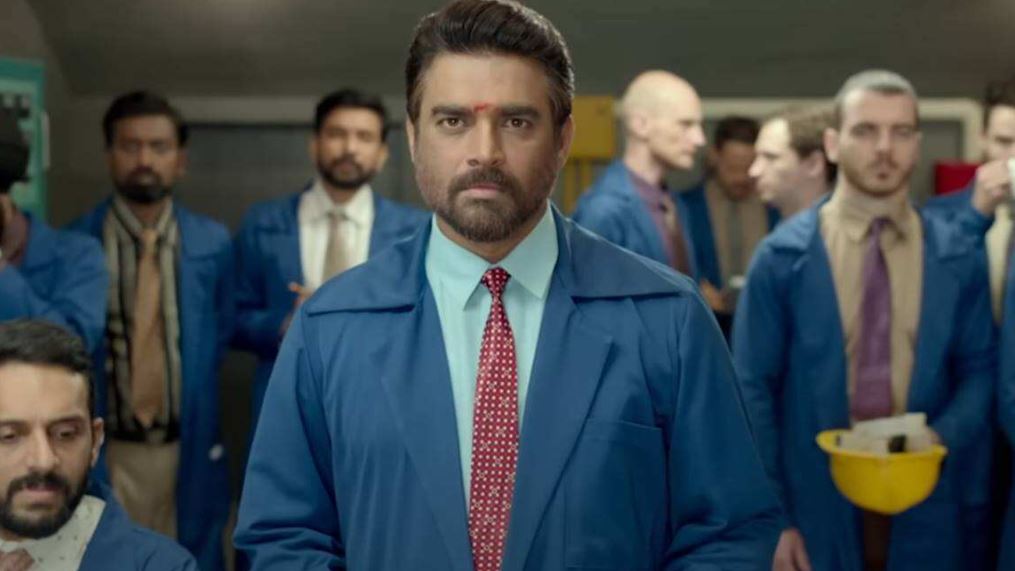 Not just them, there are also other film geeks who slammed Anupama for the same.

Nobody considers @anupamachopra as a critic she is irrelevant to us doesn’t matter what what review she gives , we don’t even watch her reviews nobody gives a damn , shikara would have been rated 5star by but did it work , neyt,ignore her she is not gonna change

Just stop giving attention to whatever she writes. She is a propagandist, not a critic.

What Anupama Chopra missing is we South Indian as soon as take bath , we will be in praying mode . We wear vibhooti , light deepa , pray god. even if it limited to 30 seconds . we do …. This is routine . This is our culture .

Almost every South Indians do.

I guess anupama Chopra will skip over the 100s of big bollywood movies that highlight the positive relationship of the main character and allah. Even Hollywood profiles this but don’t see any complaints. For example Ms.marvek repeatedly highlights islamic faith

Very distasteful review. Clearly shows the dirty mentality of the Bollywood Hinduphobic Mafia. But we, the audience won’t be falling for such crap anymore.
More than eager now to watch Rocketry! Hope it becomes a superhit, just like the Kashmir Files. Best wishes to the team!👍🏻

Shame on Anupama Chopra for such bigoted Hinduphobic review. Disgusting to say the least

Did you watch the film yet? Let us know how you feel about it.